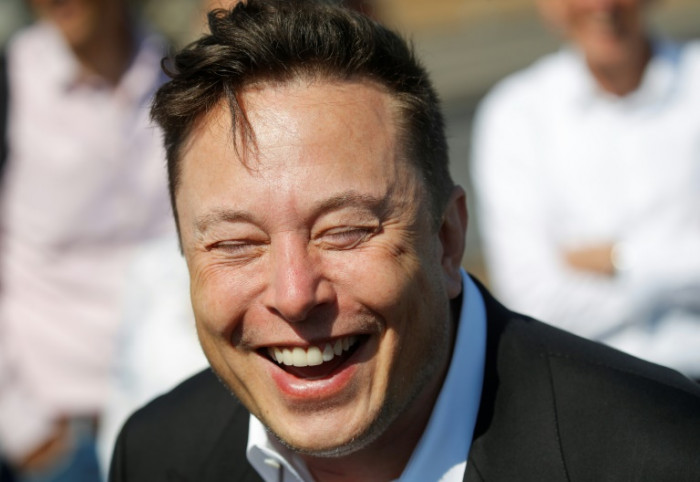 The wealth of the world's billionaires reached record heights this year despite the global coronavirus crisis, led by tech, health and industry "innovators and disruptors" like Elon Musk, said a report published Wednesday.

By the end of July, the cumulative wealth of billionaires stood at around $10.2 trillion, according to a study by Swiss bank UBS and accounting giant PricewaterhouseCoopers.

That exceeded the previous peak of $8.9 trillion recorded in 2017.

The annual inventory of the super-rich's fortunes identified 2,189 dollar billionaires at the end of July -- 31 more than in 2017.

The report noted that the coronavirus crisis accelerated a trend in this select club that is seeing "innovators and disruptors" in the technology, healthcare and industry sectors edge out those in more traditional areas like entertainment or real estate.

But it gave rise to some sharp criticism at a time of pandemic-led economic hardship.

The report nevertheless said billionaires had "given more than ever before in a space of a few months."

According to the report, the pandemic initially had an impact on the world's billionaires.

Their wealth fell 6.6% in February and March as the world feared for economic growth.

A stock market crash in March saw some tumble out of the billionaires' club, before a sharp rebound in technology and health stocks began.

Soon, their wealth had bounced back by 27.5% between April and the end of July.

"Fortunes are polarising as business innovators and disruptors deploy technology to be among the leaders of today's economic revolution," the report said.

"The Covid-19 crisis just accentuated this divergence" with other billionaires who are "on the wrong side of economic, technological, societal and environmental trends" and are becoming less wealthy.

According to Forbes, Musk briefly joined the very select group of $100-billion men in August -- coming in fifth -- as share prices in Tesla soared.

It also singled out China's Zhong Huijuan, a former chemistry professor who is worth $20.4 billion according to Forbes after her drug company Hansoh Pharmaceutical listed last year.

Across 2018, 2019 and the first seven months of 2020, the fortunes of four billionaires in the tech sector increased by 42.5%, putting their cumulative fortune at an estimated $1.8 trillion.

Health sector billionaires recorded an increase of 50.3%, with a cumulative fortune estimated at $658.6 billion.

These were "boosted by a new age of drug discovery and innovations in diagnostics and medical technology, as well as latterly Covid-19 treatments and equipment," the report said.

By comparison, the net worth of billionaires in industries such as entertainment, real estate and financial services increased by no more than 10%.