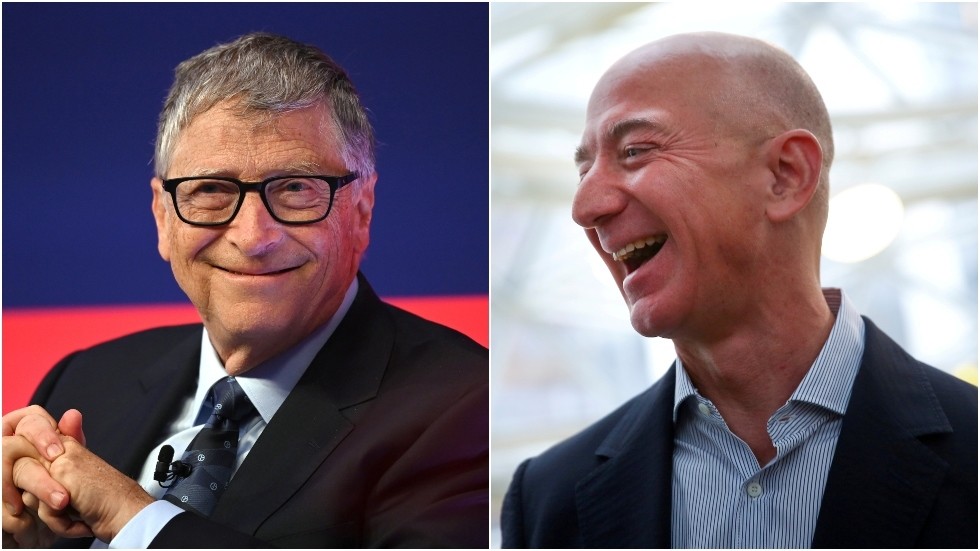 Bill Gates and Jeff Bezos were roasted online for their failure to lead by example after reports of the billionaire climate warriors renting superyachts off the coast of Turkey to party ahead of the COP26 climate summit.

The American tycoons apparently prepared for the UN Climate Change Conference (which kicked off in Glasgow, Scotland on the weekend) aboard luxurious superyachts in the Aegean Sea. According to the British media, the weekly rental price of Gate’s vessel is $2 million.

On Friday, the world’s second richest man, Jeff Bezos, the founder of Amazon, was reportedly among the 50 guests at the Microsoft cofounder’s lavish 66th birthday party in the Turkish resort town of Fethiye. Both billionaires got there by helicopter, which – like superyachts – aren’t the cleanest means of transportation in terms of CO2 emissions.

The two tycoons, who have been sounding the alarm over climate change and calling on others to curb their needs to help tackle the problem, were later flown to Glasgow on private jets.

The behavior of Gates and Bezos did not go over well with people on Twitter, who said they expect bold statements to be followed with action.

“Guess the rules [don’t] apply to them?” one person said, while others called the billionaires “elitist hypocrites” and “a joke.”

Others agreed that Gates and Bezos were the wrong people to lecture others, and demanded that they make sacrifices too along with everyone else.

However, some defended the tycoons, saying they have every right to spend their money how they want to, while accusing critics of simply being jealous.

On Sunday, Bezos and his girlfriend Lauren Sanchez discussed climate issues with Prince Charles at a mansion outside Glasgow, which raised questions about the right of unelected royals and billionaires to represent the public on critical matters.