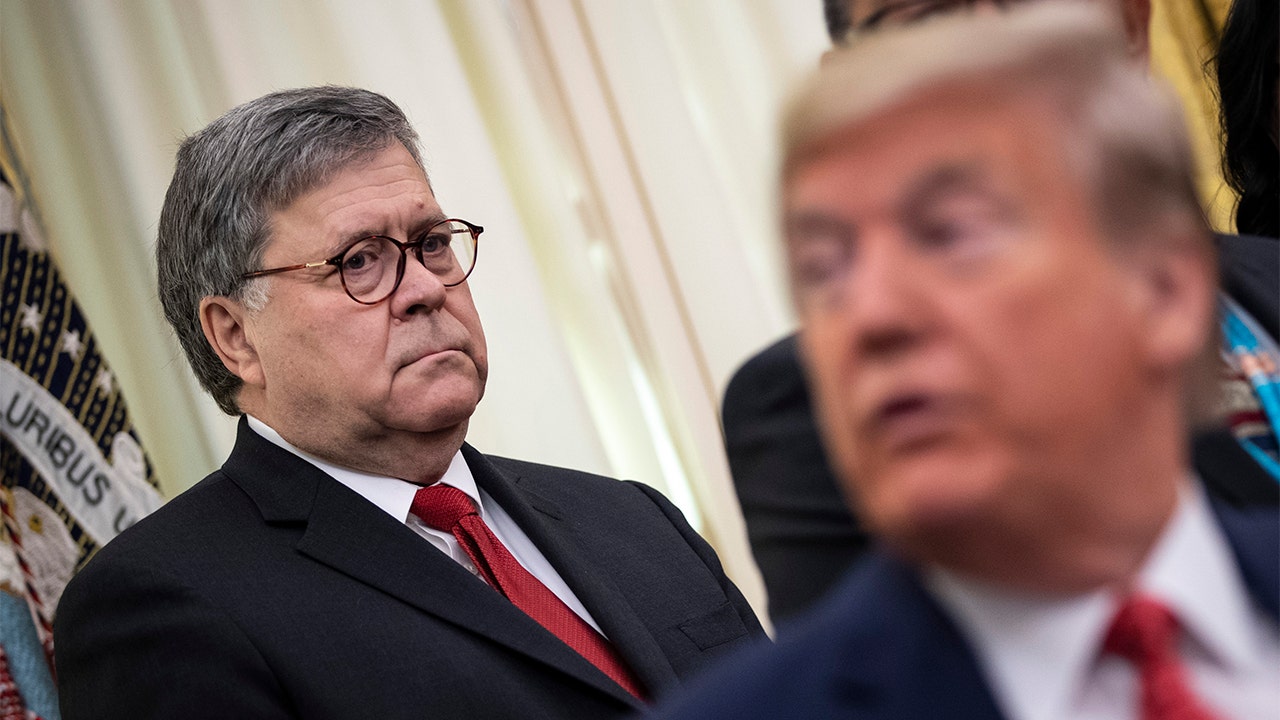 The legal fight between former President Donald Trump and the Department of Justice escalated Friday morning when the DOJ released a detailed inventory of the documents seized in last month's Mar-a-Lago raid.

The inventory list comes following an order from Florida Federal Judge Aileen M. Cannon, who is deciding whether to appoint a "special master" to the case.

On "America Reports" on Friday, former Attorney General Bill Barr criticized Trump's push for a "special master" as a distraction from the details of the case and argued it is not likely to be granted.

"I think the whole idea of a special master is a bit of a red herring," Barr told hosts Sandra Smith and John Roberts. "I think it's a waste of time." 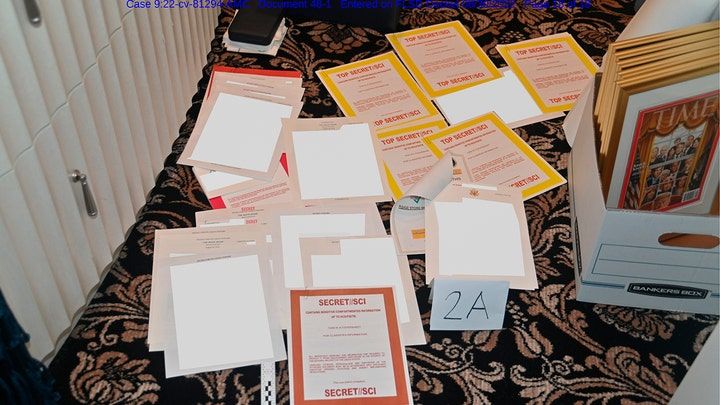 This image contained in a court filing by the Department of Justice on Aug. 30, 2022, and redacted by in part by the FBI, shows a photo of documents seized during the Aug. 8 search by the FBI of former President Donald Trump's Mar-a-Lago estate in Florida.

Since the raid on Trump's Mar-a-Lago home, the former president has slammed the DOJ for what he argues was a politically motivated witch hunt. Trump recently called for a special master to hold an independent review of the documents.

According to details revealed in the warrant, affidavit and the inventory list, dozens of the documents seized from Trump's property were classified materials. A portion of the items taken were not classified, with several entries labeled "Article of Clothing/Gift Item."

Trump has claimed the documents at his Florida home were documents he had "declassified" prior to leaving office and were protected under executive privilege.

Barr was critical of this argument and highlighted the significance of having classified materials leave the government.

"I can't think of a legitimate reason why they could be taken… away from the government if they're classified," Barr said. "I frankly am skeptical of this claim that ‘I declassified everything,’ because, frankly, I think it's highly improbable… that would be such an abuse, it shows such recklessness that it's almost worse than taking the documents."

Trump's legal team is waiting to hear whether their request for a special master will be granted.

"People say this [raid] was unprecedented, but it's also unprecedented for a president to take all this classified information and put them in a country club," Barr said.

"The facts are starting to show that they [the DOJ] were being jerked around… how long do they wait?"