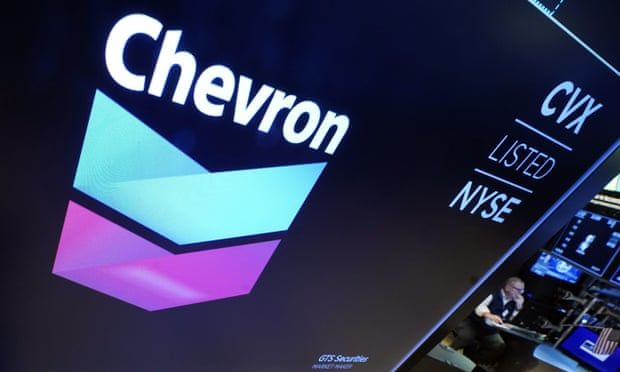 In the US, in times of crisis, the poor pay the price and the rich cash in. Democrats know it doesn’t have to be this way

This morning I filled my car with gas, costing almost six dollars a gallon. My car is a Mini Cooper I bought years ago, partly because it wasn’t a gas-guzzler. Now it’s guzzling dollars.

When I consider what’s happening in Ukraine, I say what the hell. It’s a small sacrifice.

Yet guess who’s making no sacrifice at all – in fact, who’s reaping a giant windfall from this crisis?

Big oil has hit a gusher. Even before Vladimir Putin’s war, oil prices had begun to rise due to the recovery in global demand and tight inventories.

Last year, when Americans were already struggling to pay their heating bills and fill up their gas tanks, the biggest oil companies (Shell, Chevron, BP, and Exxon) posted profits totaling $75bn. This year, courtesy of Putin, big oil is on the way to a far bigger bonanza.

How are the oil companies using this windfall? I can assure you they’re not investing in renewables. They’re not even increasing oil production.

As Chevron’s top executive, Mike Wirth, said in September, “We could afford to invest more” but “the equity market is not sending a signal that says they think we ought to be doing that.”

Translated: Wall Street says the way to maximize profits is to limit supply and push up prices instead.

So they’re buying back their own stock in order to give their stock prices even more of a boost. Last year they spent $38bn on stock buybacks – their biggest buyback spending spree since 2008. This year, thanks largely to Putin, the oil giants are planning to buy back at least $22bn more.

Make no mistake. This is a direct redistribution from consumers who are paying through the nose at the gas pump to big oil’s investors and top executives (whose compensation packages are larded with shares of stock and stock options).

Though it’s seldom discussed in the media, lower-income earners and their families bear the brunt of the burden of higher gas prices. Not only are lower-income people less likely to be able to work from home, they’re also more likely to commute for longer distances between work and home in order to afford less expensive housing.

Big oil companies could absorb the higher costs of crude oil. The reason they’re not is because they’re so big they don’t have to. They don’t worry about losing market share to competitors. So they’re passing on the higher costs to consumers in the form of higher prices, and pocketing record profits.

It’s the same old story in this country: when crisis strikes, the poor and working class are on the frontlines while the biggest corporations and their investors and top brass rake it in.

What to do? Hit big oil with a windfall profits tax.

The European Union recently advised its members to seek a windfall profits tax on oil companies taking advantage of this very grave emergency to raise their prices.

Democrats just introduced similar legislation here in the US. The bill would tax the largest oil companies, which are recording their biggest profits in years, and use the money to provide quarterly checks to Americans facing sticker shock as inflation continues to soar.

It would require oil companies producing or importing at least 300,000 barrels of oil per day to pay a per-barrel tax equal to half the difference between the current price of a barrel and the average price from the years 2015 to 2019.

This is hardly confiscatory. Those were years when energy companies were already recording large profits. Quarterly rebates to consumers would phase out for individuals earning more than $75,000 or couples earning $150,000.

Republicans will balk at any tax increase on big oil, of course. They and the coal-industry senator Joe Manchin even tanked the nomination of Sarah Bloom Raskin to the Fed because she had the temerity to speak out about the systemic risks that climate change poses to our economy.

But a windfall profits tax on big oil is exactly what Democrats must do to help average working people through this fuel crisis. It’s good policy, it’s good politics and it’s the right thing to do.