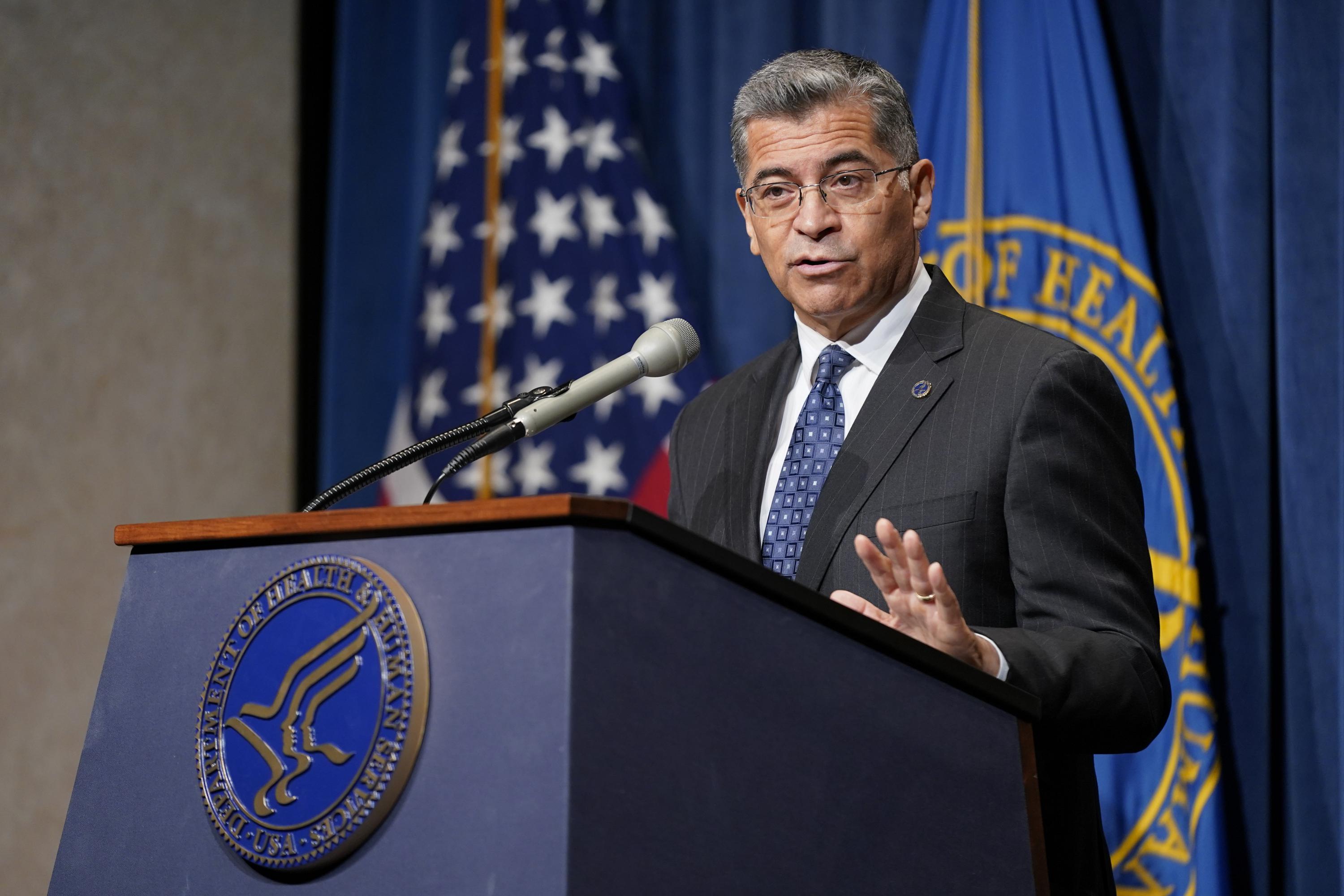 President Joe Biden’s top health official said Tuesday that “every option is on the table” when it comes to helping women access abortion in the wake of the Supreme Court decision overturning Roe v. Wade.
But the gap between outrage over the ruling and the administration’s response appeared as wide as ever. Despite Democrats and activists pushing for swift and sweeping policies, Health and Human Services Xavier Becerra conceded that there’s “no magic bullet” to ensure abortion access.

For now, he’s pledging that “if there is something we can do, we will find it and we will do it at HHS.”

He said the administration would work to ensure that medication abortions remain available, that patient privacy is preserved and family planning care like emergency contraceptives is protected.

Biden has not elaborated on his plans for abortion since the ruling, which he called “ a sad day for the court and the country.” On the next day, he left for a previously scheduled trip to international summits in Europe, and he’s not back until Thursday.

A White House official, who declined to be identified publicly speaking about strategy, said the administration was going to make fighting for abortion a priority.

The official said the White House would be working to draw contrasts between Biden and Republicans who have put forth a range of proposals from a nationwide abortion ban to statewide abortion bans with no exceptions for rape or incest, and criminalizing women who have an abortion and the physicians who perform them.

Mini Timmaraju, president of NARAL Pro-Choice America, said she believes the administration is “off to a good start,” but she acknowledged that frustrations have been percolating. Some expected swifter policy announcements or executive orders from Biden.

And explaining to activists why more progress can’t be made is difficult when Democrats control the White House and Congress, albeit with a razor-thin margin in the Senate.

“I’m optimistic that we’re going to see, as the weeks go by, more specifics and more action,” Timmaraju said.

She said it’s important to demonstrate to voters that Democrats aren’t at fault for the overturning of Roe v. Wade.

“We have to pivot and be very clear, who got us into this outrageous situation?” she said. “It was Donald Trump, it was congressional Republicans.”

Biden has tried to limit expectations for what he can accomplish on his own.

“The only way we can secure a woman’s right to choose and the balance that existed is for Congress to restore the protections of Roe v. Wade as federal law,” he said after the court ruling. “No executive action from the president can do that.”

However, there’s little chance that a sharply divided Senate would take such a step, meaning abortion legislation would encounter the same roadblock that has stopped so many of Biden’s proposals.

Despite the challenges, the administration’s response has still proved disappointing to some.

“The White House should have been better prepared,” said Lawrence Gostin, who runs the O’Neill Institute for National and Global Health at Georgetown Law. “And that just didn’t happen.”

Becerra indicated that abortion pills would be a key avenue for the administration’s efforts.

“Medication abortion has been approved by the FDA for years and is safe for patients,” he said.

More than half of U.S. abortions are now done with pills, rather than surgery, according to the Guttmacher Institute, a research group that supports abortion rights.

The FDA last year lifted a long-standing requirement that women pick up abortion pills in person. Federal regulations now also allow mail delivery nationwide. Even so, 19 states have passed laws requiring a medical clinician to be physically present when abortion pills are administered to a patient. And more restrictions are expected in Republican-controlled states.

Becerra said federal law requires the providing of medication abortion in cases involving rape or incest or to protect the life of the mother. “Now more than ever, it is imperative that all federally supported programs and services are complying with the law,” he said.

Becerra said he also wants his department to examine its authority to ensure that the judgment of doctors and hospitals is supported in treating pregnant patients, “including those experiencing pregnancy loss or complications and reaffirming that abortion care can be appropriate to stabilize patients.”

Despite the ruling, he said, “the rights continue forward, whether it’s family planning, whether it is in birth control services, and we want to make sure that there’s no misunderstanding and that we will enforce any violations of those rights.”

Asked if the administration was considering setting up abortion clinics on federal land, as some Democrats have suggested, Becerra didn’t rule it out, saying no decision had been made yet.

“Every option is on the table,” he said. “We will take a look at everything we can, and everything we do will be in compliance with the law.”

But White House press secretary Karine Jean-Pierre told reporters that such an option could put women and care providers who are not federal employees at risk for prosecution in states where abortion is now illegal.

Jean-Pierre, speaking aboard Air Force One — where Biden was flying between summits in Germany and Spain — called that proposal “well intentioned” but also noted that “there’s actually dangerous ramifications to doing this.”

Becerra on Tuesday also was asked about the prospect of providing transportation to women who travel to another state to get an abortion and how the government would ensure that doesn’t conflict with the Hyde Amendment, which bans federal funding for abortions except in cases of rape, incest or to protect the life of the mother.

“Once we tell you exactly what we believe we are able to do, have the money to do, we will let you know,” he said.
#Donald Trump  #Joe Biden
Add Comment