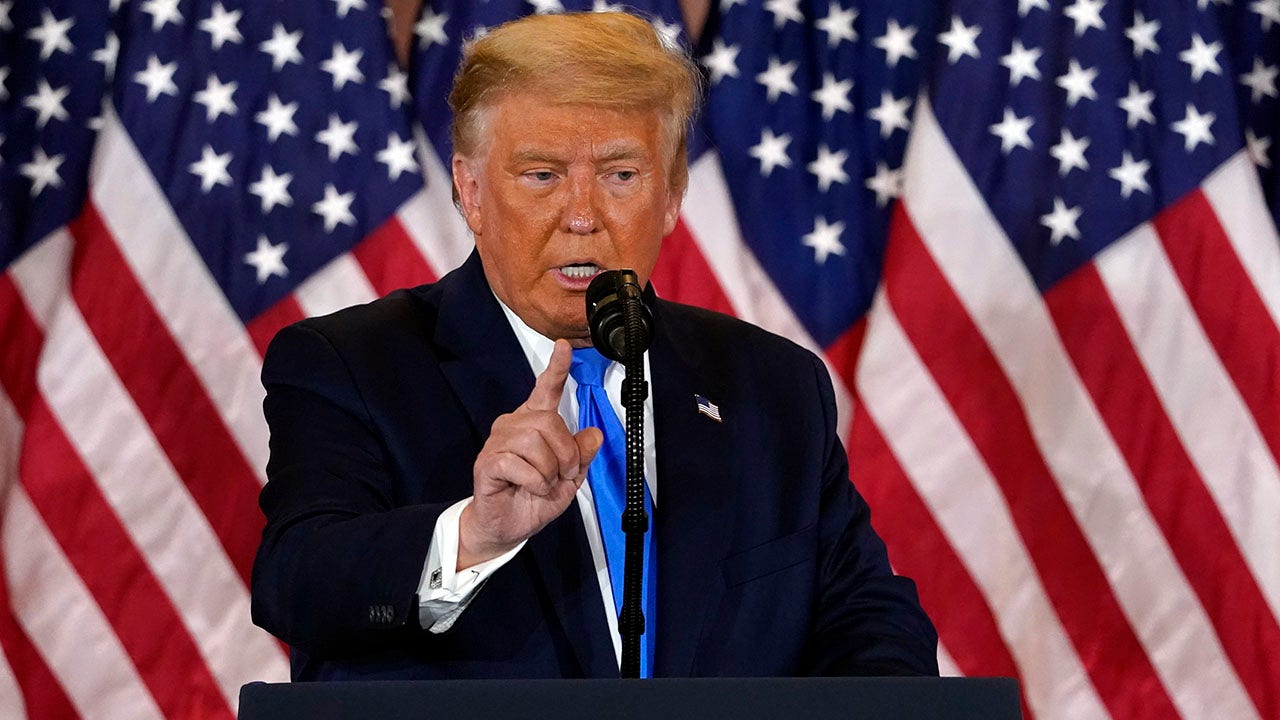 US emergency oil stock dropped from over 638 million barrels to about 416 million, as Biden released reserves to ease gas prices

Former President Donald Trump tried to add 77 million barrels of oil to the nation's emergency cache in early 2020 — when prices were under $20 per barrel — but was blocked by congressional Democrats.

Two years later, President Biden has drained more than a third of the U.S. Strategic Petroleum Reserve (SPR) to help quell gas prices, raising concerns about U.S. readiness for a disaster or a war. That's leading some experts to say that preventing Trump's planned oil purchase, when oil was as low as $15 to $20, may have been a mistake.

"It would have meant we would have almost 100 million barrels extra in the reserve at a price $50-$60 less a barrel that we could have sold," Mark Mills, a senior fellow at the Manhattan Institute, told Fox News Digital. Mills also works at the Northwestern University McCormick School of Engineering and Applied Science.

As COVID-19 and subsequent lockdowns gripped the U.S. and the world in early 2020, energy prices crashed to historic lows. This downturn squeezed oil companies, which saw oil drop to as low as $15-$20 per barrel in March 2020.

That same month, the Department of Energy announced a plan to buy 77 million barrels for the SPR, which it framed as a way to support U.S. energy producers.

Under Secretary of Energy Mark W. Menezes said the purchases would target small and midsize producers, "particularly hard hit by recent events," and "deliver strong returns to the taxpayer."

The move would have increased the supply in the SPR by about 12%, bringing the emergency stocks close to all-time highs. Victoria Coates, a senior research fellow for The Heritage Foundation, who worked in the Trump administration's Department of Energy at the time, told Fox News Digital they could have made "$9 billion for the American taxpayer."

But congressional Democrats, led by then-Senate Minority Leader Chuck Schumer, D-N.Y., opposed the funding, which Schumer framed as a "$3 billion bailout for Big Oil." Schumer accused Trump of "bending over backwards to shower these oil companies with billions of taxpayer dollars." 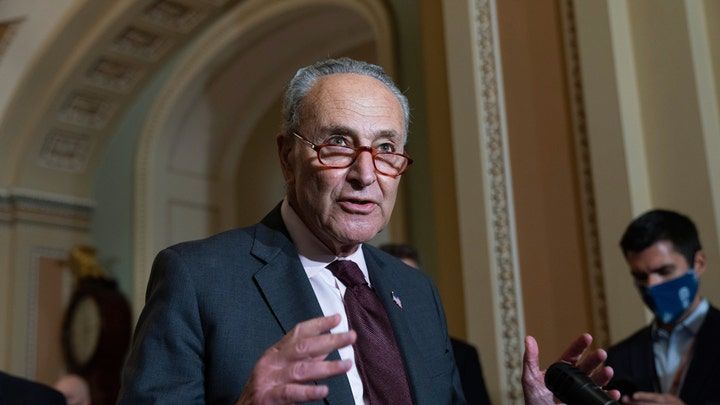 Then-Senate Minority Leader Chuck Schumer, D-N.Y., led an effort to block the purchase of 77 million barrels of oil for the SPR in early 2020.

The purchase never happened. Schumer's office did not respond to a request for comment for this story. In a statement, Trump blamed Democrats for costing taxpayers.

"I made a great deal to restore America’s oil reserves very high, and I was ready to fill it all the way to the top when oil was at a historic low, but Chuck Schumer and the Democrats blocked it," Trump said.

In 2021, with Biden in the White House, energy prices skyrocketed, along with costs for nearly everything else.

Biden started tapping the SPR to control prices later that year and then continued to do so through this year, releasing as much as one million barrels per day from the reserve. A Treasury Department analysis from July estimated that the move cut gas prices by 17 cents to 42 cents per gallon.

"There's no question adding a million barrels per day of oil supply has helped moderate prices. That's not in dispute," Mills said.

"Gas prices declined at the fastest pace in over a decade this summer while U.S. oil production is up and on track to reach a record high next year. In fact, more oil was produced in the United States under President Biden’s first year than under the first year of the Trump administration," Hasan said. "At the same time, the Strategic Petroleum Reserve — with its over 400 million barrels of oil — remains ready to continue to serve its long-standing function, which is to address supply disruptions like the one created by Putin’s war."

But some on the right said the move smelled of politics, with gas prices playing as a major campaign issue. And yet others criticized the release as not consistent with the mission of the SPR. Since Biden took office, the SPR is down from over 634 million barrels to about 416 million. 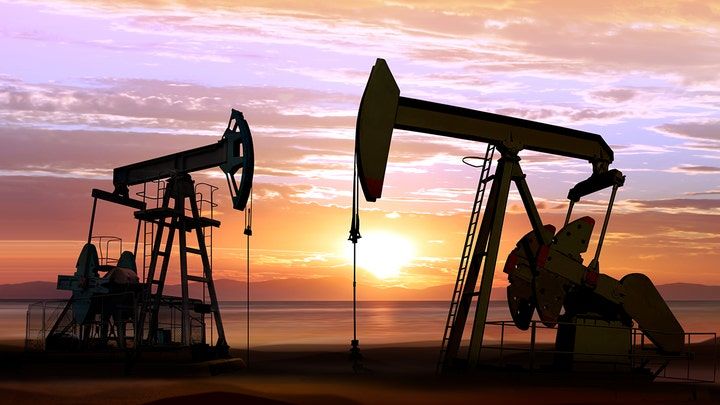 Critics of the Biden administration say it should embrace policies to increase domestic oil production rather than use the SPR as a short-term stopgap.

"You could take the agnostic position that that's good for consumers… You could take the cynical position that it's to help Democrats in re-election," Mills said. "But the reality is that Congress did not create the Strategic Petroleum Reserve for price moderation. It's strategic, which means you worry about whether there are wars or storms that directly impact Americans, and that we will make sure there's enough extra oil to keep people and the economy running."

"This is wildly irresponsible and unnecessary," Coates said. "It completely undermines the purpose that the SPR was established for… The administration has left the American people in a completely unnecessarily vulnerable position."

The White House announced a plan earlier this year to refill the SPR through fixed-price contracts, which it says will likely start after the 2023 fiscal year.

A proposed rule change said the plan would give the department "the ability to minimize costs and avoid incurring excessive costs in acquisition." Bloomberg News previously reported that the White House had considered refilling the SPR when crude prices dip below $80 a barrel.

But Mills said he's concerned that even a careful plan to refill the SPR could result in a spike for oil prices, particularly if the cost of oil doesn't drop significantly in the near future. 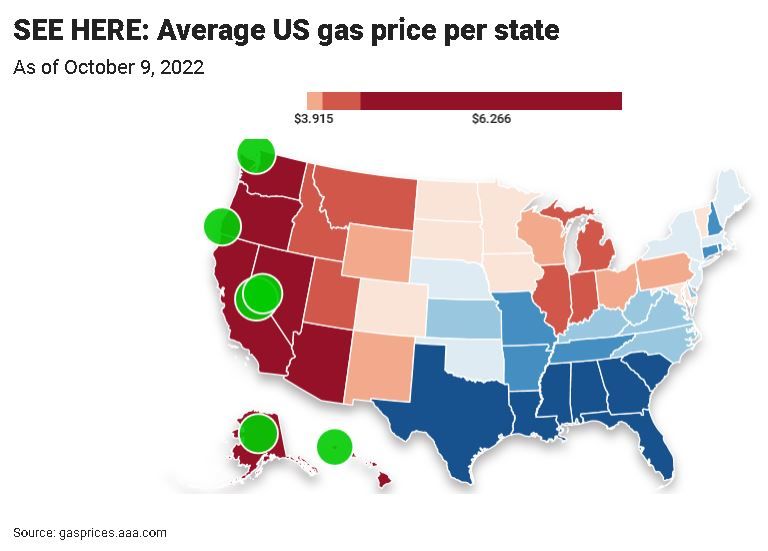 The solution, both Coates and Mills said, is for the U.S. to embrace policies that increase domestic production over the long term rather than use the SPR as a short-term stopgap.

"Markets aren't stupid. Oil prices are set … by global expectations," Mills said. "Everyone knows, who trades oil, that the Strategic Petroleum Reserve supply will end… And they know that the United States is not friendly to expanding production."

Mills said that removing barriers and expanding production could have an immediate impact because traders would expect a supply increase and act accordingly.

"Behaviors today, pricing today, changes if you think the future is going to be oversupplied," he said.

"They have created this over the last two years," Coates said, referring to the Biden administration's energy policies. "Yes, many of these projects are long-term projects, but that doesn't mean we shouldn't start them immediately… The situation isn't going to improve."

Oh ya 120 days ago
Yep slow joes plan will now cost you billions more to fill the tank again. Another great idea by the Democrats. Running a country is like running a business and Trump knows how to run business, slow joe has been a government gaffer all his life and knows nothing about business other than shaking down countries for bribes along with his bag man Hunter
View all comments (1)Add comment