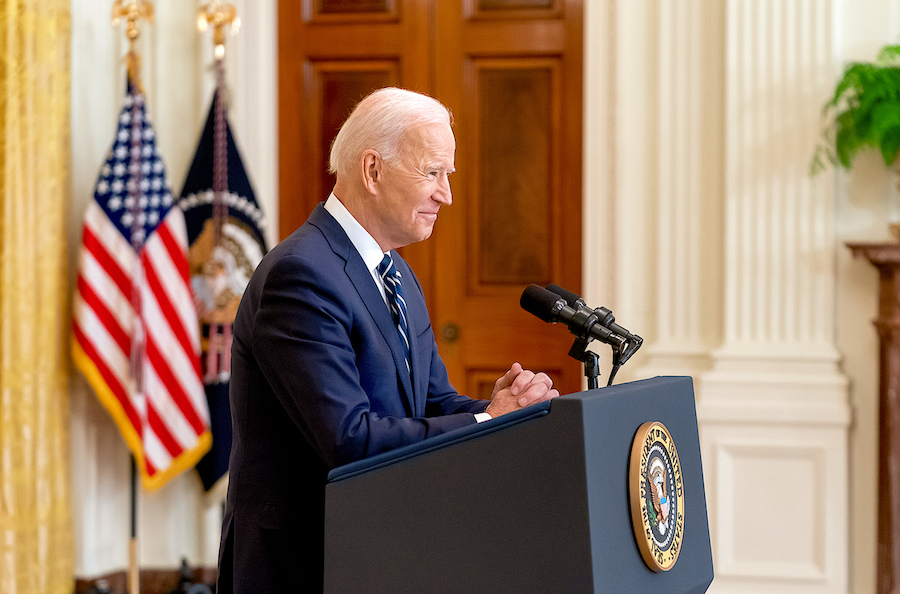 The U.S. Treasury Department estimated that wealthy taxpayers as a group are hiding billions of dollars of income, a conclusion that aims to bolster the Biden administration’s call for Congress to approve expanded IRS funding and broad new financial-transaction reporting requirements.

The department detailed in a report Thursday the administration’s proposed measures to raise $700 billion in additional revenue over a decade through Internal Revenue Service enforcement. The release follows criticism from Republican lawmakers and tax analysts that the estimate is unrealistically high.

The enforcement plan is a central component of President Joe Biden’s quest to fund his roughly $4 trillion in long-term economic proposals. The administration called for banks and cryptocurrency exchanges to report transactions to the Internal Revenue Service, which would also get new auditors and an upgraded information-technology system.

“The IRS will be able to deploy this new information to better target enforcement activities, increasing scrutiny of wealthy evaders and decreasing the likelihood that fully compliant taxpayers will be subject to costly audits,” the Treasury said of the proposed reporting requirements.

Income earned from small businesses, rental properties and other so-called pass-through entities is increasingly becoming a target for the Biden team as it looks for ways to close the tax gap — the difference between taxes owed and those paid, which is projected to reach $7 trillion in the next decade.

While both Democrats and Republicans have backed stronger enforcement as a means of paying for long-term economic development programs, challenges have emerged. GOP lawmakers have warned against government overreach — especially with regard to account-flow reporting — and congressional rules could limit the ability of Democrats to apply the Treasury’s estimate to funding for Biden’s spending plans.

The Treasury’s plan includes requiring banks and financial institutions to report account flows — information that the IRS currently doesn’t have. The idea is to make pass-through income more like wages, which employers must report to the agency.

Taxpayers report only 45% of their income when the IRS doesn’t have visibility into their earnings, the Treasury estimated. That compares with a 99% compliance rate for wages where employers are required to report to the IRS, the Treasury said.

“Sophisticated taxpayers and those who advise them are well-positioned to shield unpaid taxes,” the Treasury said. Examples include pass-through income, which “can be challenging to attribute to its ultimate owner,” and capital income flowing to offshore accounts, the Treasury said.

The gap between taxes owed and those paid for partnership, S-corporation and proprietorship income is “estimated at around $200 billion annually with the net misreporting percentage for certain income categories exceeding 50%,” the Treasury said.

Incomes from partnerships are a particular challenge, the Treasury said. Those have surged as a share of total income to more than 35% from less than 5% in 1990. More than 4.2 million partnership returns were filed in 2018 — more than double the number of corporate returns — but the IRS audited only 140 of them, the Treasury said.

Also important has been the increasing instance of high-income Americans who simply don’t file a tax return, the Treasury said. There were nearly 900,000 high-income nonfilers between 2014 and 2016, the Treasury found, and 44% of those cases were never investigated. Some 300 of the “most egregious evaders cost the federal government $10 billion in unpaid tax liabilities,” the report said.

New account-reporting requirements are designed to help address the challenge.

“The annual return would report gross inflows and outflows on all business and personal accounts from financial institutions, including bank, loan and investment accounts,” the report said. “The reporting regime would also cover foreign financial institutions and crypto asset exchanges and custodians.”