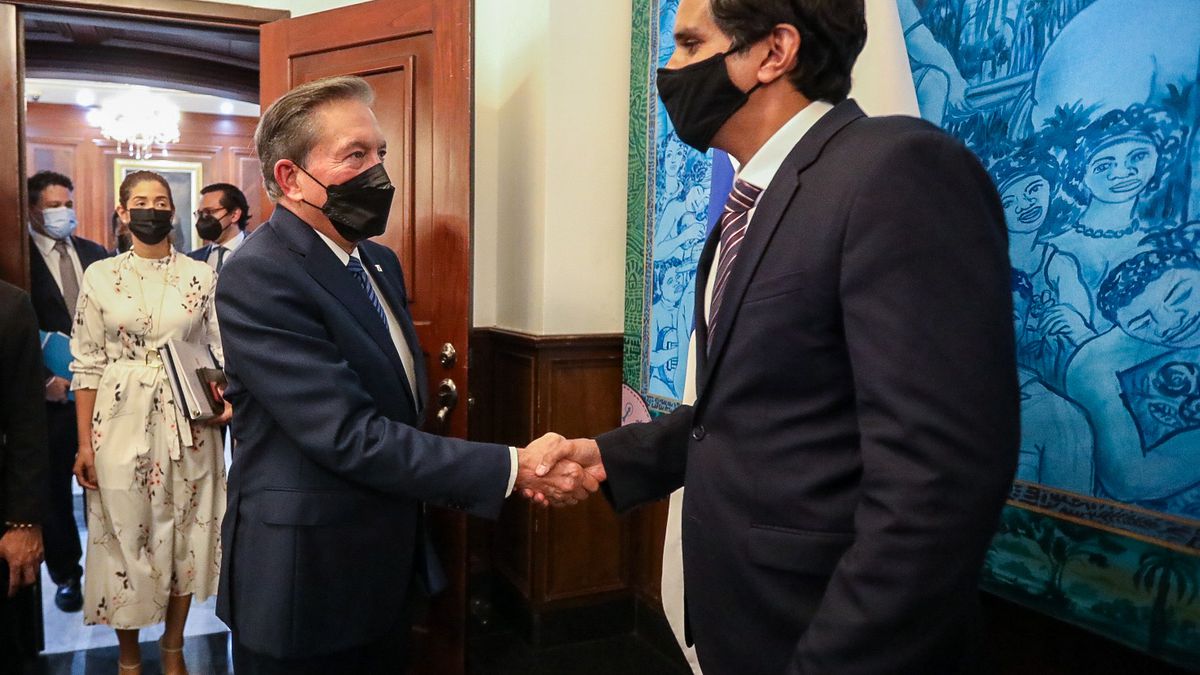 The White House explained that the objective of this trip has been "to better understand the infrastructure needs within those countries and in the region."
Daleep Singh , the White House deputy national security adviser , met this week with the presidents of Colombia, Ecuador and Panama to discuss the vaccination efforts against covid-19 and the economic plan that the US president wants to create to counter China's advance.

In Colombia, Daleep Singh held a meeting with President Iván Duque and members of his Government, including representatives of the Ministry of Health, to analyze efforts to expand "vaccine production capacity" against covid-19, according to a statement from White House Security Council spokeswoman Emily Horne.

Meanwhile, in Ecuador, the US official met with the country's president, Guillermo Lasso, and some of his ministers, and in Panama he met with President Laurentino Cortizo and members of his Cabinet, as well as representatives of the Canal Authority. and private sector leaders.

Singh also met with civil society, labor and environmental leaders during this tour to get their point of view and examine how the US can support local communities in responding to their infrastructure needs .

The White House explained that the objective of this trip has been "to better understand the infrastructure needs within those countries and in the region" through contacts with Latin American officials.

Last Monday, a senior official explained that the goal of this visit was to hear ideas for designing an infrastructure project that Biden wants to launch as an alternative to the Chinese "One Belt, One Road" project.

Biden already convinced the rest of the G7 member countries in June to launch together with him the initiative, called "Build back better for the world", which seeks to invest in infrastructure in developing countries in Latin America, the Caribbean, Africa and the Indo-Pacific.

The White House is still developing this initiative and plans to present it "at the beginning of next year," said the aforementioned official, who requested anonymity, in a telephone press conference with a small group of media, including Efe.

In his statement this Friday, Horne indicated that this trip demonstrates Biden's commitment "to strengthen ties with Latin America and reduce" the great global gap in physical, digital and human infrastructures that have widened with the covid-19 pandemic.

Horne stressed that the vision of the US president is to work with allies who share the same "democratic values" to finance and develop infrastructure in a "transparent, sustainable and in accordance with the highest standards", apart from having the private sector wherever possible.

The spokeswoman added that Biden's economic plan emphasizes areas such as climate, health and safety, digital connectivity and gender equality.