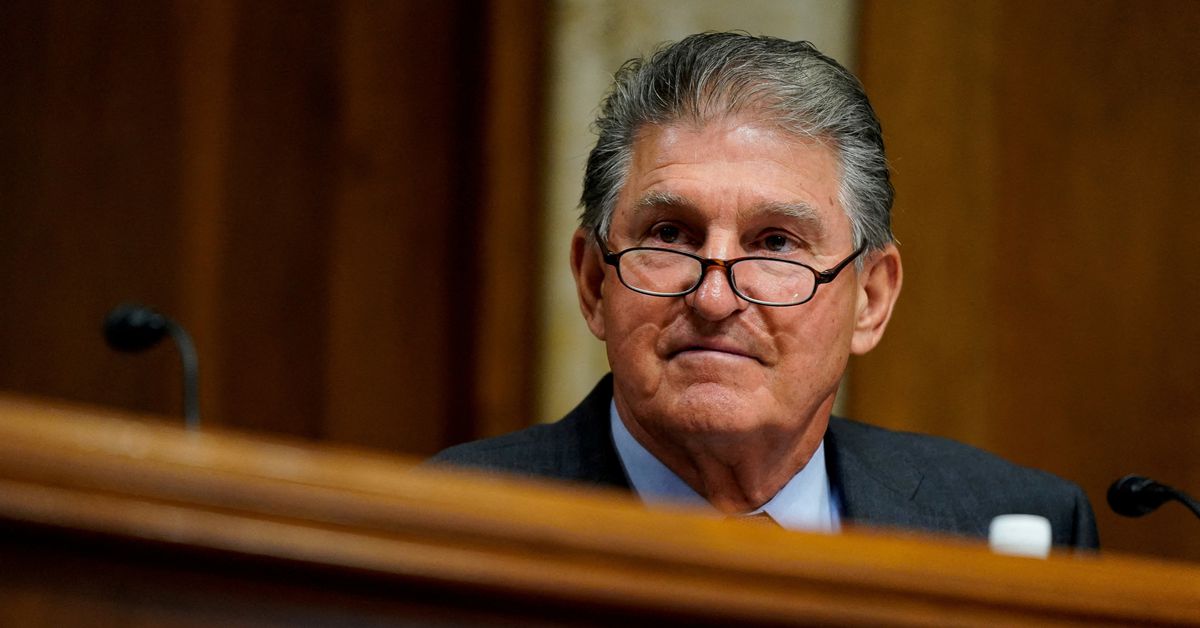 U.S. President Joe Biden's campaign trail promise to increase taxes on corporations and the wealthy as part of a battle against glaring income inequality in the United States got an unexpected boost on Wednesday.
Early proposals to increase tax rates from Biden and his fellow Democrats hit a brick wall in Congress after Republicans -- and some Democrats -- opposed them. But a sudden reversal by West Virginia Democratic Senator Joe Manchin, a swing vote in the divided Senate, has given Biden's tax agenda a new lease on life.

The amount U.S. companies contribute to tax revenue that funds roads and schools has plummeted since the 1940s.

Biden has often said in office that companies should instead pay a "fair share," a contrast to deference to private markets begun by Republicans with former President Ronald Reagan's election in 1980, and buoyed by rounds of tax cuts and deregulation, by both parties.

The bill would impose a 15% minimum tax on corporations with profits over $1 billion, raising $313 billion over a decade, they wrote. Companies could claim net operating losses and tax credits against the 15%.

The U.S. corporate tax rate dropped to 21% from 35% after a 2017 tax cut pushed by then-President Donald Trump and his fellow Republicans, but many companies pay much less than that, and some of the largest pay no federal taxes, research groups including the Institute on Taxation and Economic Policy have found.

Biden proposed raising that rate to 28% last year as part of an infrastructure spending bill, but the tax component was struck from the bill.

Carried interest refers to a longstanding Wall Street tax break that let many private equity and hedge fund financiers pay the lower capital gains tax rate on much of their income, instead of the higher income tax rate paid by wage earners.

Eliminating the loophole would raise $14 billion, the senators say.

Schumer said he expected the Senate to vote on the legislation next week, to "lower prescription drug prices, tackle the climate crisis with urgency and vigor, ensure the wealthiest corporations and individuals pay their fair share in taxes, and reduce the deficit."

The Manchin-Schumer measure is substantially smaller than the multitrillion-dollar spending bill Democrats had envisioned last year.

But it still represents a major advance for Biden's policy agenda ahead of midterm elections on Nov. 8 that could determine whether Democrats retain control of Congress.

It came just as Biden celebrated Senate passage of a bill aimed at boosting the U.S. semiconductor industry, another key priority of his administration, and as he struggles with low job approval ratings and ebbing support from his own party after a series of conservative Supreme Court rulings.

"This bill will reduce the deficit beyond the record-setting $1.7 trillion in deficit reduction we have already achieved this year, which will help fight inflation as well," Biden said in a statement.

"And we will pay for all of this by requiring big corporations to pay their fair share of taxes, with no tax increases at all for families making under $400,000 a year," he said.
#Donald Trump  #Joe Biden
Add Comment