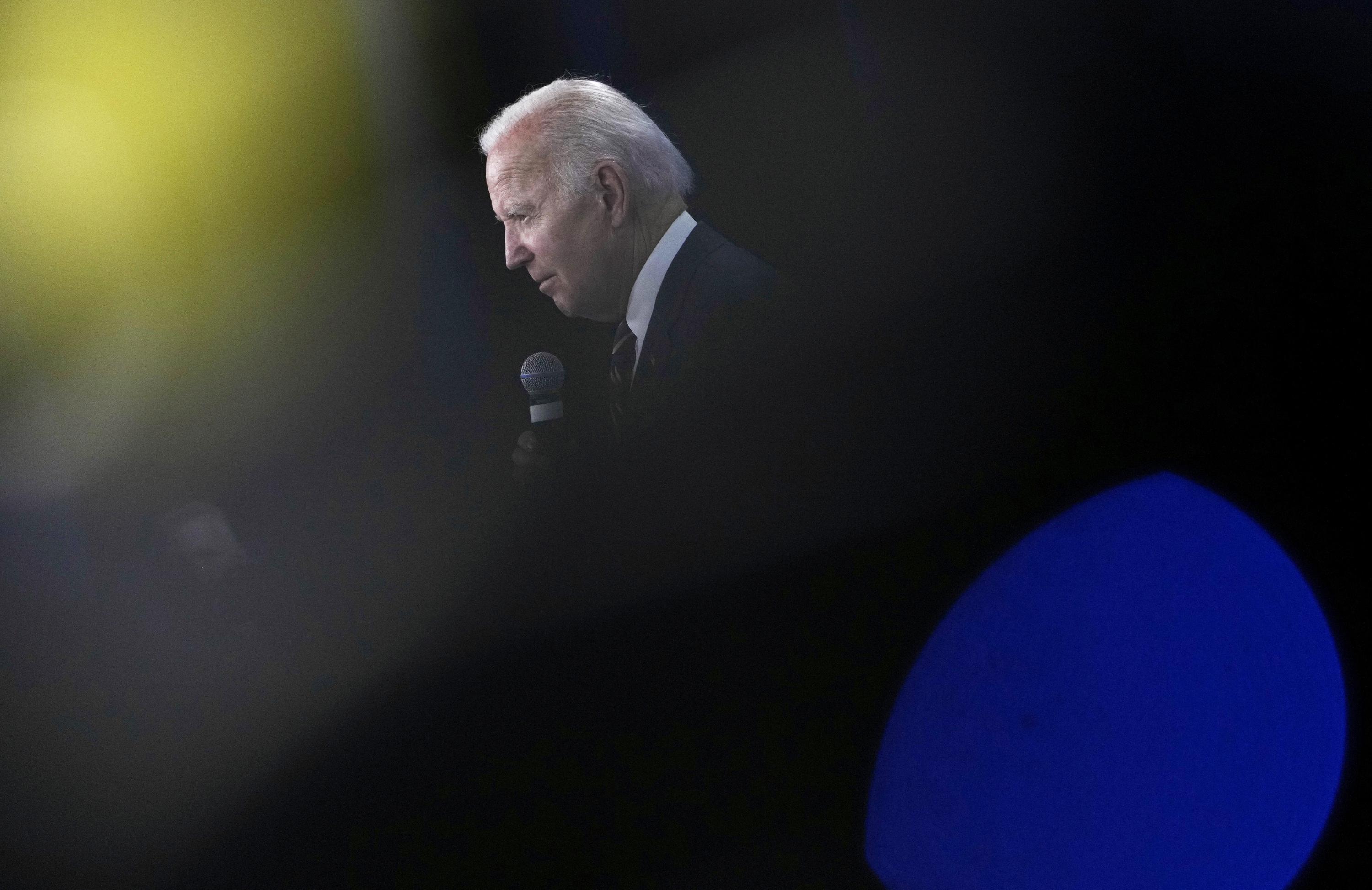 Biden notched gains at summit; returns to turmoil at home

The dissonant realities of President Joe Biden’s second year in office were on display Thursday as he wound up a five-day trip to Europe that highlighted both the key U.S. role in mounting a strong allied response to Vladimir Putin’s aggression and the domestic turmoil that is dragging Biden down at home.

Huddling with the leaders of Group of Seven advanced economies in the Bavarian Alps and with NATO allies in Madrid, Biden was greeted warmly by colleagues and notched significant policy accomplishments on modernizing the trans-Atlantic alliance to adapt to new threats from Russia and China.

At home, though, the U.S. was grappling with fallout from last week’s Supreme Court decision ending the constitutional right to abortion, which Biden condemned Thursday as “destabilizing.” Biden faces both the lowest approval ratings of his presidency and rising pessimism about the direction of the country.

Biden appeared to welcome the time away from Washington as a respite from his domestic predicament, insisting that despite turmoil at home on matters from inflation to gun violence, world leaders still valued America’s — and his — leadership.

“I have not seen anyone come up to me and ... say anything other than ‘Thank you for America’s leadership,’” Biden said in high-spirited remarks during a press conference at the end of what he called a “historic” summit. “America is better positioned to lead the world than we ever have been.”

The three-day NATO meeting included the Biden administration announcing plans to permanently bolster the U.S. military presence in Europe, an agreement between Turkey, Finland and Sweden — championed by Biden — to pave the way for the accession of the Nordic nations into NATO, and the alliance updating its strategic concept to reflect that China’s “coercive policies” are a challenge to the Western bloc’s interests.

Biden noted that the last time NATO updated what is essentially its mission statement was 12 years ago, when Russia was characterized as a partner and the document didn’t even mention China. The new concept document fulfills a years-long effort by American presidents to reorient the alliance to address challenges from China.

“The world has changed, changed a great deal since then,” Biden said. He added: “This summit was about strengthening our alliance, meeting the challenges of our world as it is today, and the threats we’re going to face in the future.”

Biden’s efforts drew praise from across the aisle, with GOP North Carolina Sen. Thom Tillis, who led a delegation to the Madrid summit with Democratic Sen. Jeanne Shaheen and met with Biden Thursday morning, saying, “I think that the administration has played a key part in what’s made this summit a success.”

It was a far cry from the rancor that permeates Washington, where even positive developments become political cudgels.

“Here we have a bipartisan delegation and a president who have a common goal. Back home, maybe not quite as much,” Tillis said.

Nebraska Sen. Deb Fischer, a Republican, added that Biden should apply some of his approaches to successful diplomacy abroad to Washington as well.

“I think it would only be helpful for the president if he would reach out to us in our country as well as here,” she said.

At home, Biden has been burdened with the ongoing reckoning over the Capitol insurrection and former President Donald Trump’s attempts to overturn the 2020 presidential election and with his own weakened political posture.

That has stoked concern among allies about who may follow Biden into the White House and whether his successor would reverse Biden’s efforts to rebuild the trans-Atlantic alliance.

Soaring inflation — a global problem — is especially acute for Americans as they get on the road for the July 4 holiday. And his legislative agenda has been largely stalled, but for a modest gun control measure that passed after a pair of horrific mass shootings.

Added to the mix just 24 hours before Biden departed for Europe was the abortion ruling.

“One thing that has been destabilizing is the outrageous behavior of the Supreme Court of United States in overruling not only Roe v. Wade, but essentially challenging the right to privacy,” Biden said, “We’ve been a leader in the world in terms of personal rights and privacy rights.”

And just minutes after he departed Madrid on Air Force One to return home, Biden suffered another judicial blow to his agenda, as the Supreme Court dramatically scaled back the Environmental Protection Agency’s ability to regulate carbon dioxide emissions from power plants.

Kathleen McInnis, a senior fellow at the Center for Strategic and International Studies, said a president’s influence tends to go far further overseas than at home.

“The American presidency has its own weight and gravitas that can’t be discounted,” she said.

That was evident as Biden helped cajole Turkish President Recep Tayyip Erdoğan to drop his opposition to Finland and Sweden joining the NATO alliance.

As he parried reporters’ questions with a microphone in hand, Biden also highlighted announcements at the G-7 meeting for more economic and military assistance to Ukraine as it aims to beat back Russia’s four-month-long invasion and announcements on tougher sanctions meant to punish Moscow.

Delaware Sen. Chris Coons, a Democrat and Biden confidant, called the week “a significant accomplishment for the Biden administration and for diplomacy.”

The view was more measured in some corners.

“Coming back from years of anti-European and anti-NATO rhetoric and policies is a pretty low bar when you look at it,” said Leah Scheunemann, deputy director of the Transatlantic Security Initiative at the Atlantic Council. Even so, she said, “The Biden administration has done a lot of good in terms of rebuilding the reputation of NATO in America, and explaining the value of NATO as an alliance built on the values of democracy and what that brings to U.S. security.”