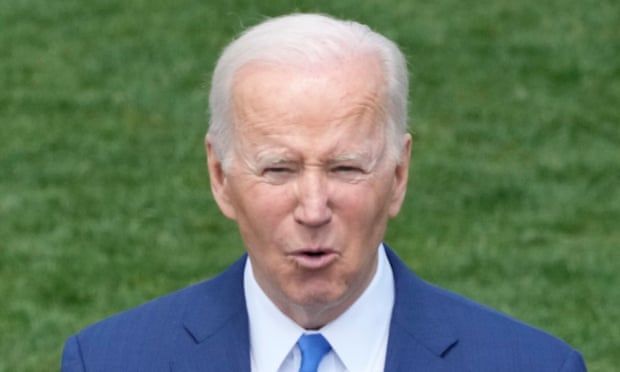 Working Americans – many of whom voted for Trump in 2016 and 2020 – are being shafted. Biden needs to deliver for them now or risk losing
As America slouches toward the midterm elections, you need an economic message that celebrates your accomplishments to date – job creation and higher wages – yet also takes aim at the major abuses of economic power that remain in the system, fueling inflation and widening inequality.

You should put these 10 indisputable facts center stage:

1. Corporate profits are at a 70-year high. Yet corporations are raising their prices.

2. They are not raising prices because of the increasing costs of supplies and components and of labor – which are real but expected when an economy goes suddenly from a pandemically induced deep freeze due to meeting the soaring demands of consumers who are emerging from the pandemic. Corporations enjoying record profits in a healthy competitive economy would absorb these costs.

3. Instead, they’re passing these costs on to consumers in the form of higher prices. In many cases they’re raising prices higher than those cost increases, using the cover of inflation to increase their profit margins even more.

4. They’re doing so because they face little or no competition. If markets were competitive, companies would keep their prices down to prevent competitors from grabbing away customers. As the White House National Economic Council put it in a December report: “Businesses that face meaningful competition can’t [maintain high profit margins and pass on higher costs to consumers], because they would lose business to a competitor that did not hike its margins.”

5. Since the 1980s, two-thirds of all American industries have become more concentrated. This concentration gives corporations the power to raise prices because it makes it easy for them to informally coordinate price increases with the handful of other companies in their same industry – without risking the possibility of losing customers, who have no other choice.

6. Corporations are using these near-record profits to boost share prices by buying back a record amount of their own shares of stock. (Buybacks reduce a company’s shares outstanding, pushing its profit-per-share figure higher.) Stock buybacks hit a new record last year. So far this year they’re on track to exceed that record. In the first two months of 2022, S&P 500 companies have disclosed authorizations to buy back $238bn in stock – a record pace, according to Goldman Sachs, which expects $1tn of buybacks this year – an all-time high.

Chevron engaged in $1.4bn in stock buybacks and spent $500m more on shareholder dividends than it did in 2020. This year, the oil giants are planning to buy back at least $22bn more.

7. Most American workers have barely had a wage increase in 40 years (adjusted for inflation). Although corporations have recently given out wage increases in response to the post-pandemic surge in demand, these wage increases have been almost completely eroded by price increases.

8. As a result of all this, income and wealth are being redistributed upward from average working people (many of whom live from paycheck to paycheck) to CEOs and shareholders, including the wealthiest people in America. Billionaires have become $1.7tn richer during the pandemic. CEO pay (based largely on stock values) is now at a record 350 to 1 ratio relative to median pay.

9. Wealthy Americas are now paying a lower tax rate than the working class. Some are paying no taxes at all.

In short, although the American economy is rebounding nicely from recession, the growing imbalance of economic power is bad for most Americans and for the economy as a whole. It must be addressed through (a) tougher antitrust enforcement, (b) a temporary windfall profits tax, (c) higher taxes on the wealthy and on corporations, (d) a ban on corporate buybacks, (e) stronger unions, and (f) campaign finance reform to get big money out of politics.

You have a critical opportunity to reframe the national conversation as it should be framed – around these worsening abuses of economic power by large corporations and the super-rich. Republicans have left themselves vulnerable because they have no response to this. They believe their “culture wars” will distract the public from what’s going on.

This is not and should not be a partisan issue. Average working Americans – many of whom voted for Trump in 2016 and 2020 – are being shafted.
Add Comment