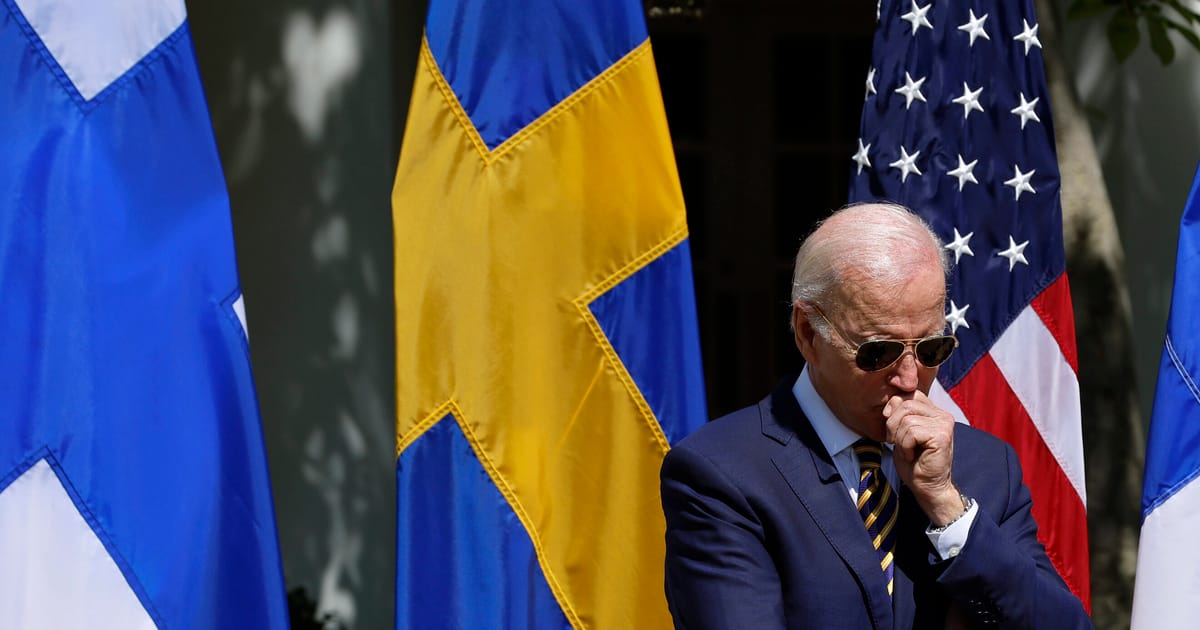 Former United States President Donald Trump was a useful bogeyman for Europe. His successor, Joe Biden, is proving much trickier — a friend who says all the right things but leaves you in the lurch when it counts.

From Washington’s surprise withdrawal from Afghanistan to the transatlantic blowup over submarine sales to Australia (AUKUS) and, now, a growing spat over the Inflation Reduction Act (IRA), which offers tax incentives and subsidies to green U.S. businesses, the Biden administration has, time and again, caught Europe off guard.

At each new perceived slight, the Europeans express shock, frustration and dismay: How could Washington fail to consult its allies, or at the very least inform them of its plans? Meanwhile, the American response is always some variant of: Terribly sorry, we didn’t even think of that.

The underlying dynamic is one of polite indifference. Despite Washington’s renewed commitment to NATO and massive outlay of arms and funds to help Ukraine defend itself against Russia, the U.S. remains steadfastly focused on what most perceive to be its main existential challenge: China.

In that equation, Europe is often an afterthought. It’s just that many on this side of the Atlantic have failed to get the message — or draw conclusions of what it means for the bloc’s future — instead preferring to act out a script of outrage and remonstrance.

A current example is the blooming transatlantic argument over Biden’s IRA.

Months in the making, painstakingly hashed out on Capitol Hill, the legislation represents Washington’s best bipartisan effort thus far to decarbonize its economy and prepare for decoupling from China. The bill flags $369 billion for energy and climate programs, including billions in taxpayer-funded subsidies for the production of electric vehicles inside the U.S.

It just so happens that it’s a potential disaster for Europe.

Amid an energy crisis that has large parts of the European Union economy staring into an abyss, French President Emmanuel Macron has led the charge against Biden’s IRA, accusing Washington of maintaining a “double standard” on energy and trade. He’s called for Europe to respond in kind by rolling out its own subsidy plan, prompting a visit from U.S. Trade Representative Katherine Tai to an EU trade ministers’ meeting in Prague on October 31.

But rather than try to cajole them with concessions, Tai invited them to get on board the China train by rolling out their own subsidies — which isn’t what the Europeans wanted to hear.

According to an EU diplomat who spoke to POLITICO ahead of a trade ministers’ meeting on Friday, members of the bloc still hope that Biden will send the IRA back to Congress for resizing, a prospect U.S. officials say is about as likely as canceling Thanksgiving.

The result is that Europe is now back in familiar territory: Bruised, confused and scrambling for a response while failing to formulate its own cohesive strategy to contend with China. And instead of receiving solidarity from Washington in a time of war, they feel the U.S. has maneuvered itself into a perfect position to suck investment out of Europe.

The outlines of an EU response to the IRA did start to take shape earlier this week, when Paris and Berlin — only recently back on speaking terms after a falling out — jointly called for an EU plan to subsidize domestic industries.

But that plan is likely weeks, even months, away from becoming a reality. And even if all 27 EU countries manage to strike a deal, their leaders will be hard-pressed to inject anywhere near as much money into it as Washington has earmarked, as most EU countries are still howling in pain over the high price of gas — much of which they now import from liquid natural gas terminals in Texas.

Again, Biden’s America is looking after its interests while the EU’s left to groan about missed signals, hurt feelings and unfair practices.
The tragedy for Europe is that this is happening at a time when transatlantic relations are meant to be at an all-time

high. Biden’s election, followed by the war in Ukraine and Washington’s massive investment in shoring up NATO’s eastern flank, was meant to signal the U.S.’s decisive return to the European sphere.

But what the Europeans are discovering is that the Ukraine war is just one facet of the U.S.’s larger strategic duel with China, which will always take precedence over EU interests.

That was true under Trump, and it remains true under his successor. It’s just that the message is delivered in a different style.

Oh ya 73 days ago
The US is a failing nation and will throw anybody under the bus to try to put off its collapse. Look the blew up the pipeline to their friend Germany so they would have to buy more expensive LNG for the US. the USA as a country is circling the bowl
View all comments (1)Add comment