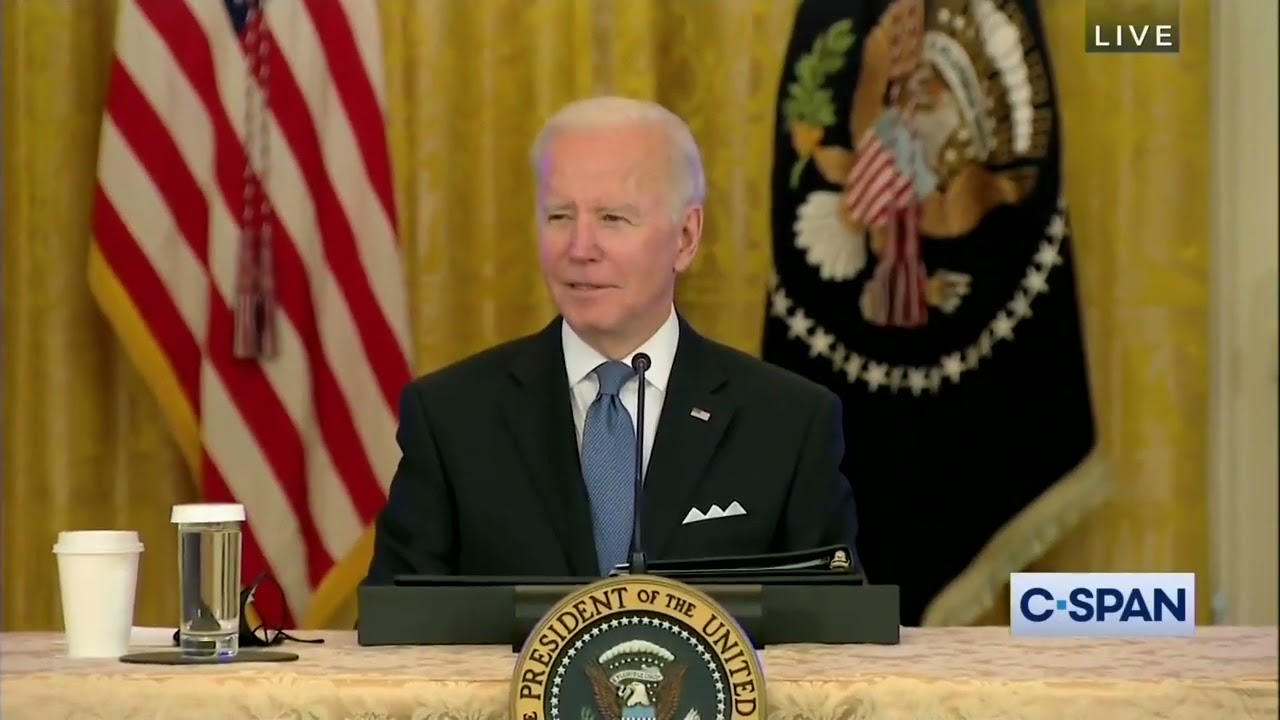 President Biden appears to call Fox News' Peter Doocy a "stupid son of a bitch," mocking his question about inflation.
Asked about the political impact of inflation, US President Joe Biden called the reporter who shouted the question a “stupid son of a bitch.” The remark was captured before his microphone was cut off, at Monday’s meeting of the White House Competition Council.

The White House press corps was invited to the meeting’s opening, as Biden argued his administration was getting the record US inflation under control and lowering prices of everything from food to iPhone repairs.

He refused to take any questions about the ongoing tensions with Russia over Ukraine, complaining that reporters won’t stay on topic. As the media was being ushered out, Fox News’ Peter Doocy shouted out a question about inflation being a political liability for the administration.

“That’s a great asset, more inflation. What a stupid son of a bitch,” Biden muttered, his microphone still on. The exchange quickly spread on social media.

This is the second time Biden has been caught on a hot mic complaining about Fox News in less than a week. On Thursday, another correspondent for the cable network asked about Russia during a meeting with the White House science and technology team, only for Biden to say “what a stupid question.”

Two days prior, he snapped at a reporter during a lengthy press conference at the White House – the second of its kind since he took office.

“That is an interesting reading of English. I assume you got into journalism because you liked to write,” he told Philip Wegmann of RealClear News, who had asked about Biden’s statement that anyone who opposed the Democrat “voting rights” bill was on the same side as segregationists John Lewis and Bull Connor.
#Joe Biden