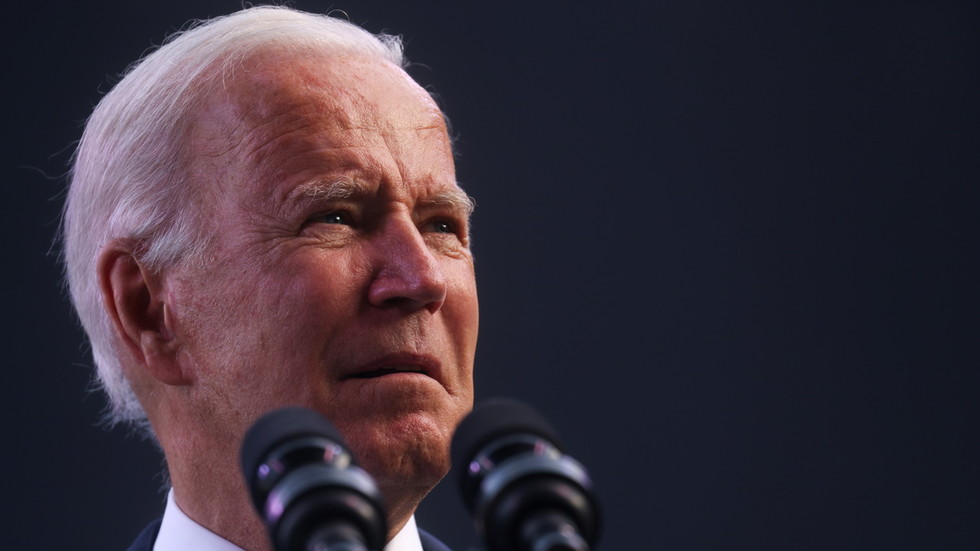 Joe Biden has achieved at least one groundbreaking result – though likely not the sort that he had in mind – as polling indicates that he has lost the most ground in voter approval of any new US president in more than 75 years.

With only 42% of voters approving of Biden’s job performance in October, his average rating in the third quarter of his presidency was 44.7%, down from 56% during his first three months in the White House, a new Gallup poll showed. His rating decline of 11.3 percentage points from the honeymoon period to the nine-month mark is the biggest drop since fellow Democrat Harry Truman was trying to fill the shoes of his deceased predecessor, Franklin Roosevelt, in 1945.

No other president since then has come close to Biden’s historic collapse in the eyes of voters. Biden’s former boss, then-President Barack Obama, suffered a decline of 10.1 percentage points by the third quarter of his first term, but even then, nearly 53% of Gallup survey respondents still approved of his performance.

By comparison, former Presidents Donald Trump and Bill Clinton saw their ratings drop by 4.4 and 6.8 points, respectively. In contrast, George H.W. Bush and George W. Bush came out strong in their first nine months on the job, posting approval gains of 12 and 13.1 points, respectively. Even Jimmy Carter, whose one term was so unpopular that Republican Ronald Reagan won 91% of electoral votes in the 1980 election, saw his approval rating fall only 8.9 points from the first quarter to the third quarter of his presidency.

Biden’s approval ratings began to slide in July and continued to plummet throughout the summer amid the chaotic and deadly US withdrawal from Afghanistan, a border crisis, and surging Covid-19 infections. Just since June, his approval rating in Gallup’s polls has plunged from 56% to 42%.

Like Trump, Biden is one of the most polarizing presidents in US history. While 92% of Democrat respondents told Gallup that they approve of Biden’s job performance, only 4% of Republicans agreed. The 88-point gap is one of the largest in more than eight decades of Gallup polling, exceeded only by the 92-point divide on approval of Trump just before the 2020 election.

The voters in the middle, Independents, have soured on Biden. Just 34% approved of the president’s performance in the latest Gallup poll, down 27 points since February and 21 points since June.

Many observers on social media were astonished that Biden’s overall approval rating could still be above 40% or that 92% of Democrats could be happy with his performance.

In fact, other surveys have shown his approval ratings falling lower. A Grinnell College poll released last week pegged voter approval of the president at 37%, while Quinnipiac University earlier this month said 38% of voters approve of Biden’s performance.

J. Ann Selzer, president of Selzer & Co., which conducted the Grinnell poll, said Independent voters favored Biden by a 54%-41% margin in the 2020 election. If the vote were held again today, Trump would win the Independent vote by a 45%-28% margin. “It’s a massive shift in a demographic that helped carry Biden to victory,” Selzer said.

The Grinnell poll also showed that 52% of Americans believe that the US democratic system of government is under “major threat.” Again, voters were polarized, with 71% of Republicans and only 35% of Democrats saying that democracy faces a major threat.

While a Grinnell professor, Danielle Lussier, tried to dismiss the concerns as a product of Republicans perceiving a crisis because of “baseless” election-fraud allegations, well over 40% of Independents agreed that the threat is severe. In fact, more than 80% of Independents said American democracy is under either major or minor threat, versus less than 20% who said they saw no cause for concern.

Oh ya 212 days ago
Yup slow joe and the ho are really showing the world. This pair would be funny if it was not affecting anyone else but themselves
View all comments (2)Add comment