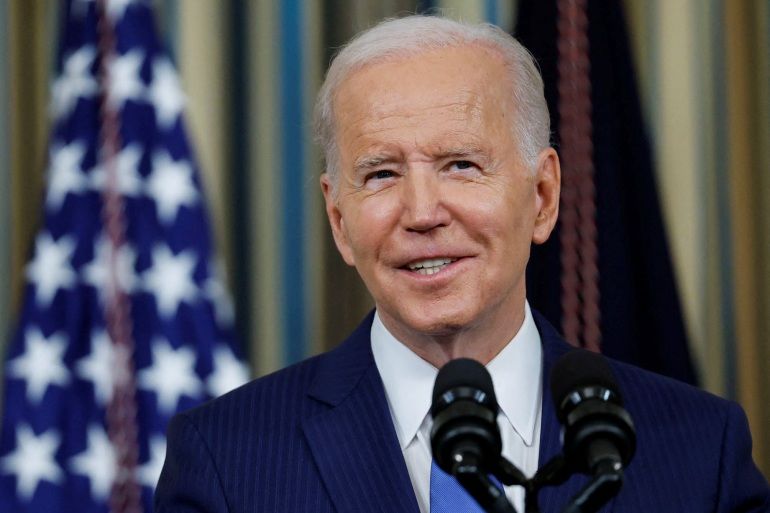 In a statement on Tuesday, the Biden administration said the event on March 29 and 30 would be co-hosted by Costa Rica, the Netherlands, South Korea and Zambia.

“During the ‘Year of Action’ following the first Summit for Democracy in December 2021, the United States and over 100 partner governments around the world have taken meaningful steps to build more resilient democracies, combat corruption and defend human rights,” the statement said.

“Summit participants have undertaken important pro-democracy reforms at home, contributed to impactful multilateral initiatives, and worked together to resist authoritarian aggression, including Russia’s unprovoked and unjustified war against Ukraine.”

US President Joe Biden gathered more than 100 world leaders during the inaugural summit on December 9 and 10, 2021, urging world leaders to “lock arms” to bolster democracy and prevent a “backward slide” from continuing.

Biden made a similar plea in the leadup to the US midterms earlier this month, telling Americans that democracy was “on the ballot” amid election denialism and the violence such false claims have inspired in the country.

The first “Summit for Democracy” took place at the end of a tumultuous year that saw supporters of former President Donald Trump storm the US Capitol in an effort to stop Congress from certifying Biden’s election victory.

Trump, who has announced a bid to seek the presidency again in 2024, has continued to parrot his false election fraud claims, which a sizeable portion of US voters still believe.
Biden’s attempt to be a leader in promoting global democracy despite a backslide in trust in US democratic institutions has raised questions among some observers.

“We have a real crisis of credibility with the US, as Joe Biden would have it, taking its seat at the head of the table and discussing democracy,” Daniel Adler, general coordinator at Progressive International, told Al Jazeera’s The Bottom Line programme last year.

“That’s not just because of legacies of institutionalised racism. That’s because, on the key priorities of this administration … like corruption, the US is a primary actor,” said Adler, by way of example.

“An evident product of its Cold-War mentality, [the summit] will stoke up ideological confrontation and a rift in the world, creating new ‘dividing lines,'” the Chinese and Russian ambassadors to the US, Anatoly Antonov and Qin Gang, wrote in the National Interest last year.

The Biden administration has rejected the criticism, and on Tuesday, the White House said the upcoming summit would give world leaders a chance to lay out the progress their countries have made on last year’s commitments, as well as set out new goals and initiatives.

“At the first Summit for Democracy, participating governments announced nearly 750 commitments aimed at strengthening and safeguarding democracy at home and abroad,” it said. “During the Year of Action, Summit participants have supported one another in fulfilling these goals.”
#Donald Trump  #Costa Rica  #Joe Biden
Add Comment