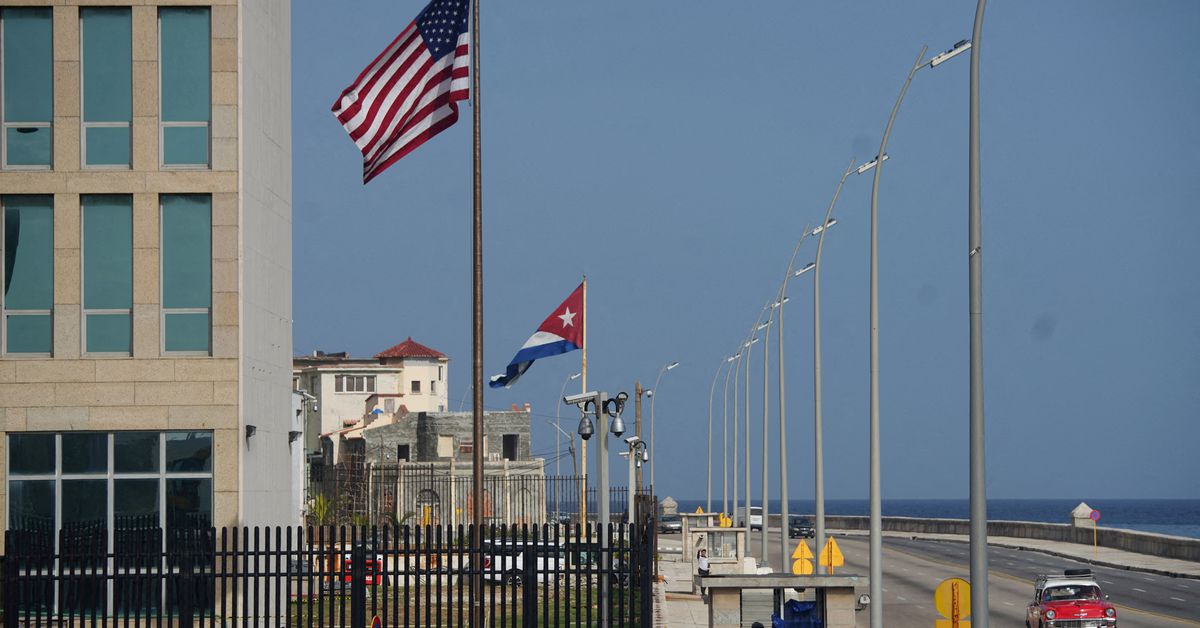 The Biden administration is planning to compensate the victims of Havana Syndrome, the anomalous health incidents affecting U.S. diplomats and intelligence officers worldwide, with payments ranging from $100,000 to $200,000, sources familiar with the matter said on Thursday.
The proposed rule, which is expected to be published in the coming days, comes after the U.S. Congress passed the Havana Act last year that authorizes the State Department, CIA and other U.S. government agencies to provide payments to staff and their families who have been affected by this syndrome during assignment.

About 200 U.S. diplomats, officials and family members overseas are believed to have been struck by the mysterious ailment - with symptoms including migraines, nausea, memory lapses and dizziness.

It was first reported among U.S. officials in Havana, the Cuban capital, in 2016, but throughout the years has been reported around dozens of locations in the world including Russia and China, as well as Europe and Latin America.

Despite years of investigation, the United States government has so far been unable to determine the cause or whether an adversary such as Russia or China is responsible.

A CIA investigation whose conclusions were released earlier this year said the agency had found no evidence of state actor involvement in the some 1,000 cases it has looked into, but said it was continuing to investigate two dozen unexplained cases.

The State Department's draft rule is expected to remain open for comments for 30 days, before becoming a final rule in a process coordinated with the Office of Management and Budget, people familiar with the matter said.

The rule is expected to include the criteria for eligibility, sources said, adding that the exact payment amounts were still being finalised.

The State Department declined to comment on the payments but said the Havana Act requires the agency to publish implementing regulations. "We will have more details to provide on that process soon," a department spokesperson said.

Sufferers and lawmakers have complained that U.S. agencies have not taken the illness seriously enough.

Secretary of State Antony Blinken in November appointed veteran diplomat Jonathan Moore to lead the agency's task force handling the issue. He vowed to leave "no stone unturned to stop these occurrences as swiftly as possible."
Add Comment