Comedian Nabil Abdulrashid received a flood of new complaints as he returned to the stage for the Britain's Got Talent final.

This time he upset some fans with a joke about British Prime Minister Winston Churchill.

Addressing the previous complaints about his act he said: "What did I say to offend anybody? You'd think I came out and said something really inflammatory like 'Winston Churchill was black.'" 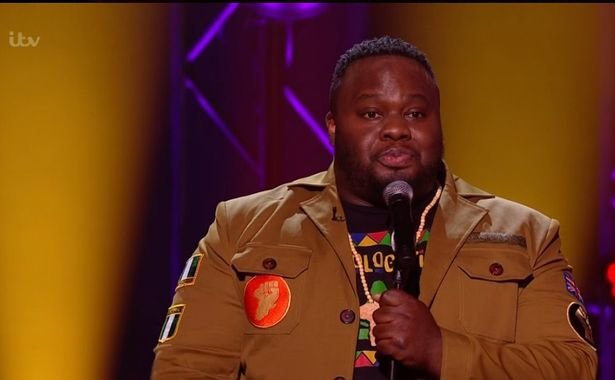 He joked about Winston Churchill

He then added: "By the way he was. I can prove it, when was the last time you met a white man called Winston?"

"Anyone else think Nabil went a bit to far I actually felt uncomfortable especially about Winston Churchill," said one.

"BGT is watched by millions, of people some very young, and to stand in front of the world and say Winston Churchill is black and to mock white people is simply wrong if a white man stood there and took the P out of black or Muslim people how do u think that would go down?" commented another.

"If a white guy was standing up there he would be slated!" said another viewer.

Referring to his previous performance and to dance troupe Diversity's controversial Black Lives Matter dance in the first semi-final show, Nabil acknowledged that there had been "a lot of complaints, a lot of complaints because we said black lives matter."

And he added: "To be honest with you I'm shocked that that many of them know how to write.

"They sent me thousands of angry letters.

"Hopefully if I annoy them today they can progress onto words."

"Totally not appropriate for a family show!" complained another viewer about Nabil's act.

"I don’t understand how ‘white bashing’ improves relationships and encourages mutual respect, understanding and acceptance of different cultures or ethnic groups. It’s getting crazy," said another.

"He made my whole family laugh! All the people who are insulting him now are just doing what he said they would.

"Realise that he just doesn’t care! He did his set anyway, because he is unapologetically himself, and it’s brilliant."

And another wrote: "Don't care what anyone says this man was hilarious, and the racists all ate into his palm because he made comedy from your complains yet you're complaining, and his name is gonna be everywhere which is just gonna work well in his advantage."

Lee 143 days ago
I’m from the U.S.and found Navi’s (Mr.Nabil?) wonderfully thought provoking as well as funny. And I didn’t understand some of the references. Don’t know who his competition was, but I hope he won! A big step for “Intelligent and Funny Black Lives Matter!”
View all comments (1)Add comment