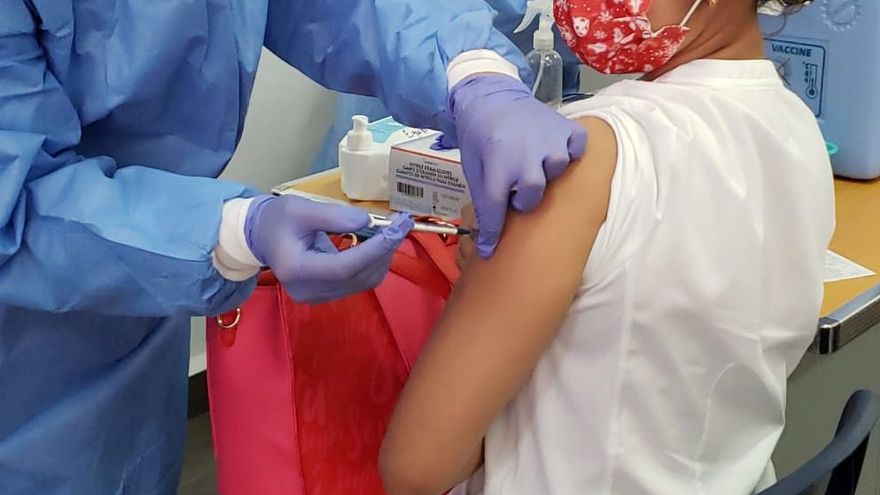 The Vice Minister of Health of Panama, Ivette Berrío, announced this Sunday that they have detected the vaccine against COVID-19 in people outside the phase 1 groups.
"Indeed, it was detected in the technological information provided by the vaccination process, that a few doses were placed on people that did not correspond to them ... here in the capital," Berrío said in the Sunday Open Debate program.

It indicates that in the face of this situation, the direction where this irregularity was registered is taking the corresponding measures in this regard, and the Ministry of Health is respectful of this.

For his part, the director of the Social Security Fund (CSS), Enrique Lau, stressed that in view of the complaints about irregularities in the vaccination process against covid-19, a detailed audit was ordered, and it was found that the vaccinated people they had the merit and the right to a vaccine according to the established protocol.

“As a result of those publications that were made, we called several of those who could publish the news and asked them to tell us exactly what the irregularities had been, at the end of the road they did not tell us specific things, but there were indications about 13 officials of the CSS and an exhaustive audit was done, the files were verified, the work sites and I can assure that the 13 people are from the CSS and are exposed, among them there were 4 intensivist doctors, we had about 8 nursing technicians and staff cleaning, as things are, the vaccination process has been carried out in a totally transparent manner throughout the country and with this we would be preparing ourselves for the second phase of the treatment, ”he reiterated.

Regarding the alleged application of the vaccine to the Vice President of the Republic, José Gabriel Carrizo and his family, Berrío stressed that this information is false, and pointed out that these types of actions are carried out by “political adversaries to demerit the hard work that by the National Government".
#COVID-19  #vaccine  #Covid
Add Comment