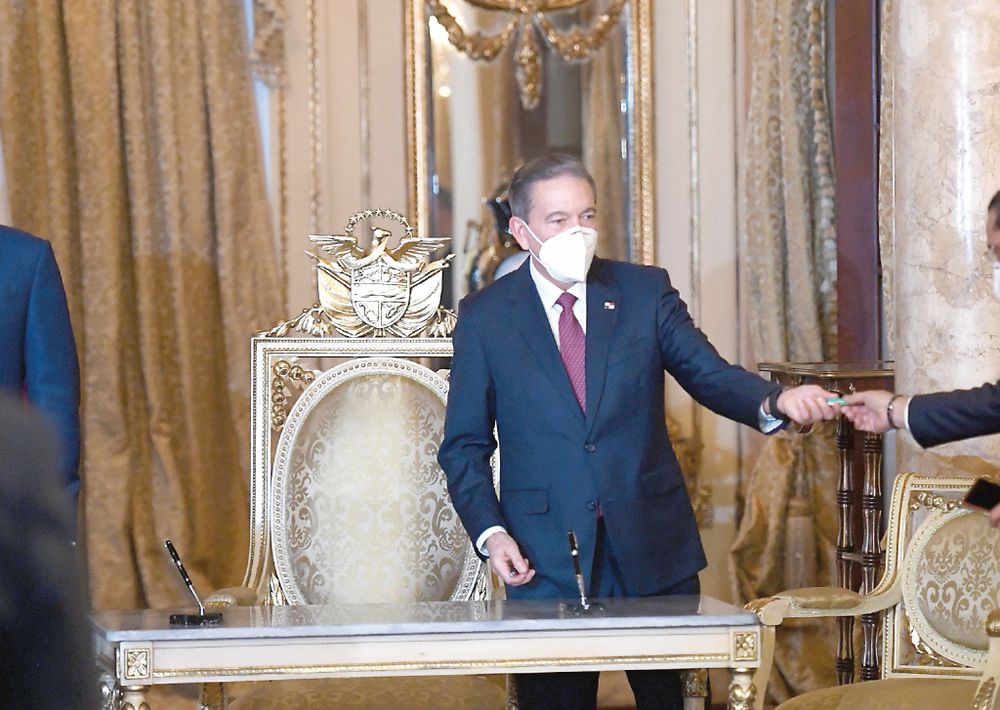 Before accusing of corruption, Cortizo asks citizens to present evidence

In the midst of questions about the lack of transparency and complaints about alleged corruption, the President of the Republic, Laurentino Cortizo, asked the citizens to provide evidence of suspected mismanagement of public funds.

If there is evidence of corruption, the Public Ministry will formally file the complaint, because that helps us, it helps me, Cortizo assured in an interview with Telemetro, in which he also referred to the departure of Rosario Turner from the Ministry of Health, and other issues related to Covid-19.

I would like to have eyes on every official and on every businessman, said the leader of a government that in the five months of the pandemic has been involved in scandals over alleged purchases with a price premium, little transparency, and suspicious contracts, among others.

Cortizo, who has been harshly questioned by various sectors of the country for the ineffectiveness of the health strategy, and the confusing economic plan to deal with the crisis, ruled out an increase in the amount of money given to the population. He reiterated that the country annually pays $1.6 billion in subsidies. He did not say anything about those who do not receive the solidarity bonus and no subsidies. Many of those whose contracts were suspended do not receive help.

In fact, the labor market specialist, René Quevedo, predicts a massive closure of companies, which leaves a series of questions about the amount of official aid, the duration and who it would be aimed to.


President Laurentino Nito Cortizo returned to the public scene at a time when citizens demand from the government more leadership and forceful policies to face one of the most critical stages of the pandemic: more than 1,200 deaths, 270,000 suspended contracts, street protests in claim of social aid, and the uncertainty for the reopening of the third block of economic activity.

He reappeared in an interview in the Face to Face program Telemetro that was recorded last Friday, the day he visited Tonosí in Los Santos, to deliver checks to producers.

However, the appearance of the President was devoid of big announcements, or messages that give support to a targeted small population while at the same time cases and deaths increase, and economy sinks lower and lower.

When the journalist asked him about transparency and the accusations of possible corruption, the president asked the citizens to present the complaints to the Public Ministry (MP).

I would like to have eyes on each official and on each businessman, replied the President, whose administration has been peppered with scandals linked to overpricing of equipment and medical supplies, and little transparency with information on purchases of the pandemic, among others.

President Cortizo also said that they were very interested in hosting the Central American and Caribbean games, but a number of millions was required for sports facilities, and the pandemic limited that possibility. The event was scheduled for 2022.

The accusations of alleged corruption in the pandemic even reached the pages of the British weekly The Economist, which in a publication on July 16, spoke of the wear and tear of the Cortizo government due to the handling of the pandemic, and stated that in Panama the crisis is aggravated by accusations of alleged corruption to some of the members of the Government. The note mentioned Vice President José Gabriel Carrizo, who serves as Minister of the Presidency; and Rafael Sabonge, head of Public Works, who have been questioned for purchases with inflated prices.

Cortizo, in the interview, assured that there is zero tolerance for corruption and his team knows this.

One of the compulsory topics was the departure of Rosario Turner from the Ministry of Health (Minsa). However, the president did not elaborate on the issue. He limited himself to saying that it was because of the "wear and tear" of the official. The job is enormously consuming. So, at that moment, I decided that I preferred that and incorporate it in other tasks, he narrated.

Turner, who had the baton of the strategy against the coronavirus, was dismissed from the Minsa on June 24, when Cortizo announced changes in his Cabinet on the national chain. She learned that she was out of government by a call she received from the Palacio de Las Garzas, 10 minutes before the intervention of the president. She was replaced by Luis Francisco Sucre, who served as her vice minister.


Cortizo ruled out the possibility of increasing the amount of the solidarity bond (currently $ 100) that is given to people with limited resources, as happens in countries like El Salvador, where the amount is $300.

We do not want to make a promise that cannot be kept later, he assured, reiterating that the country pays $1.6 billion in subsidies annually, and that solidarity aid has reached 1.4 million people.

Currently in the country there are some 270,000 contracts suspended and registered with the Ministry of Labor and Labor Development (Mitradel), which represents 31% of formal jobs in the private sector. A good part of this population does not receive the solidarity bond, and neither do they receive subsidies. For experts on the matter, the middle class is probably the sector hardest hit by the crisis.

The problem goes beyond that. According to René Quevedo, a specialist in the labor market, if to the 270,000 suspended contracts are added the suspended contracts, which have not been formally recorded in the Mitradel, particularly in micro-companies, many of which will not be reactivated; It can be concluded that at least half of the formal jobs in the private sector are suspended or no longer exist. The impact will be particularly severe in micro and small companies, which contribute 56% of the country's workforce, he said.

Quevedo forecasts a massive bankruptcy of companies and, consequently, a massive loss of 250,000-300,000 jobs this year, so, in his opinion, the following questions fit here:

What is the objective of the solidarity bond?

For what amount and for how long should the aid be given? To whom?

Should distinctions be made between Panamanians and Panamanians who lost their sources of income and those who never had them?

For now, the President of the Republic assured yesterday that there is no date to reactivate block three of economic activity. It all depends on the cases.