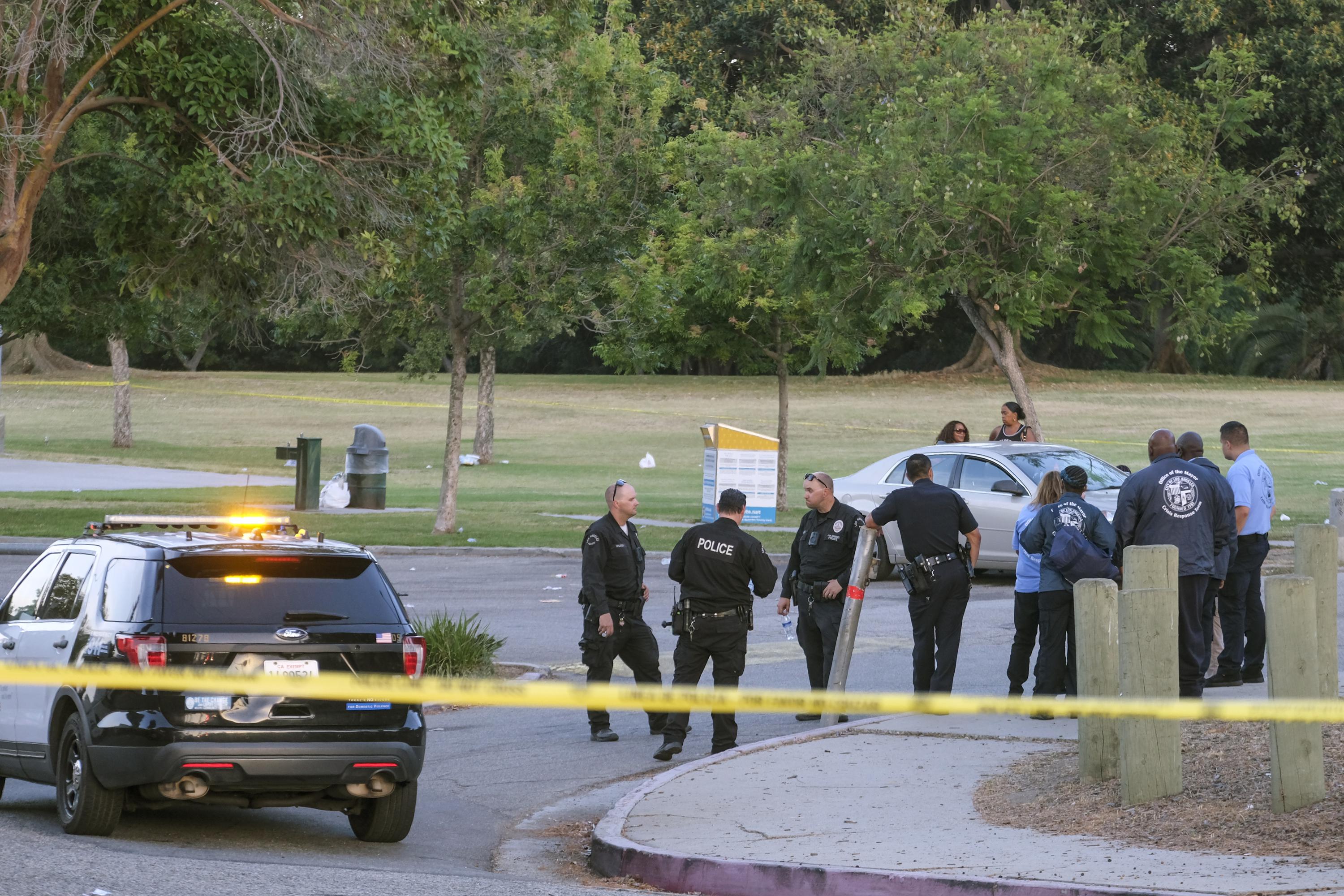 A dispute at a Los Angeles park at or near an apparently unpermitted car show led to a barrage of gunshots that left two people dead and five wounded, authorities said. The LA Police Department said the shooting occurred around 3:50 p.m.

A gang-related dispute at a Los Angeles park led to a barrage of gunshots over the weekend that left two men dead and six people wounded, authorities said.

The shooting happened Sunday afternoon at Peck Park in the San Pedro neighborhood, Los Angeles police said. About 500 people were in the park when the gunfire erupted and many of them ran for cover.

A dispute of some kind preceded the gunfire, Capt. Kelly Muniz told reporters. Police don’t know what started the disagreement or how many people fired. No arrests had been made and no information has been disclosed about suspects.

Two men and four women were taken to the hospital, police said Monday morning in a statement. They were listed in stable condition. Authorities did not disclose the identifies of the victims who died or those who were wounded.

Officials initially said there were five people wounded and taken by paramedics to the hospital, but authorities found out later that a sixth victim went to a hospital in a private vehicle.

Multiple guns were discovered at the location and recovered by police as evidence, authorities said.

Councilman Joe Buscaino represents the area and said the shooting occurred during an unpermitted car show hosted by gang members.

But Officer Drake Madison, a police spokesperson, said he had no information about a car show in the area. He said the gang-related altercation and shooting happened near the baseball field.

“Know that this park and many parks across the city have been having issues with these car shows,” Buscaino told Southern California News Group.

Buscaino since 2020 has pushed for a measure to allow Los Angeles park rangers to carry firearms.

“Recreation staff on scene can identify potential issues and coordinate with park rangers,” Buscaino said. “We’ve lost a sense of common sense in the City of Los Angeles.”

He added: “You know, instead they pick up guns. So that’s heartbreaking, that we can have peaceful events in this area for, you know, two, three years straight with no incidents, and then one incident like this happens.”