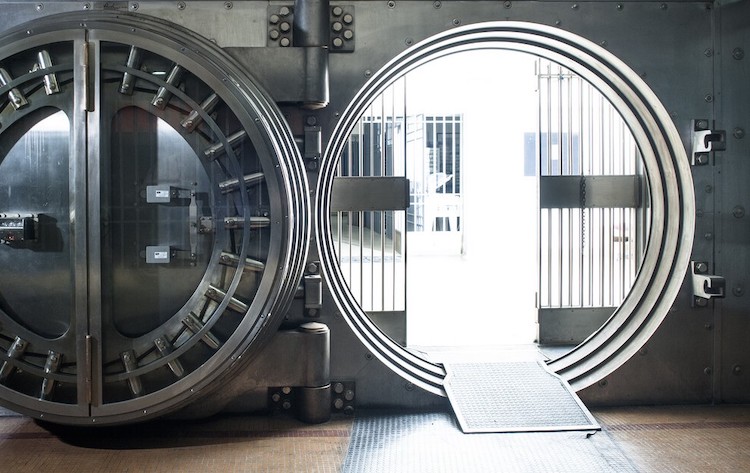 Branden Hampton looks into the current state of financial world; the challenges that banking is facing in the rise of cryptocurrencies, decentralized finance (DeFi), and how these technologies could completely remove the need for banks, and the people in them.

The issues plaguing the financial world―whether centralized finance, insurance, lending or other assets — all come back to human error. For instance, why can’t a dispensary put cash in a bank? Because of bad human judgment. These rules and regulations make zero practical sense.

The blockchain ecosystem takes the human element out of the equation. Now the technology governs because Satoshi Nakamoto was smart enough to realize that someone has to remove people from the decision process.

In decentralized finance, I don’t need approval from a bank if I want to borrow or lend money.

I just need to meet certain, automated criteria. There’s no prejudice. There’s no judgment against somebody because of age or some fictitious scoring system that can be gamed. It doesn’t matter what race, gender, or sexual persuasion you are. If you meet the criteria in DeFi, the transaction will be completed. If not, it won’t.

Satoshi was smart enough to see the need to remove people from the equation. Big banks will reject your account application upfront or wait for their compliance department to deny it, which then causes your money to be placed on hold, beginning a long process of getting out your money. People smartened up. They realized you need to take people out of the equation, because, generally, they make asinine decisions.

Decentralized finance is the future. Unless these banks make a lot of very big changes to their business model in short order, they won’t exist. Chase Bank. Bank of America. Wells Fargo. I don’t care how big they are. These banks won’t exist in ten years if they don’t fix the issues that are wrong that cryptocurrency fixes.

Decentralized finance will spur forth world-changing innovations. Why would I go put money in a bank and earn a tenth of a percent interest or a quarter of a percent interest when I could instead put a million dollars on deposit into a staking system or a yield farming system and earn up to 15%. There is no reason to place money into a bank so they can make 6% on mortgages and 8% on car loans off your money, where nobody benefits besides the bank itself.

That’s the biggest thing that’s going to change over the next few years: you’ll see fewer people putting their money in banks and instead into these decentralized finance ecosystems.

They’ll smarten up and say, I’m going to not only put this on deposit and earn money, but I’m going to borrow money against this DeFi platform in lending, and instead of paying capital gains taxes on my profits, because I had a taxable event by selling, I’m never going to sell.

I’m going to borrow against my stash and pay a small amount of interest, which is probably going to be beaten by my appreciation in my staking earnings. So you’ll be able to borrow money against these without paying taxes.

It eliminates almost all of the traditional finance concerns that people have, which is putting money in the bank and not getting a return and then having to pay these enormous tax bills when they make a profitable investment.