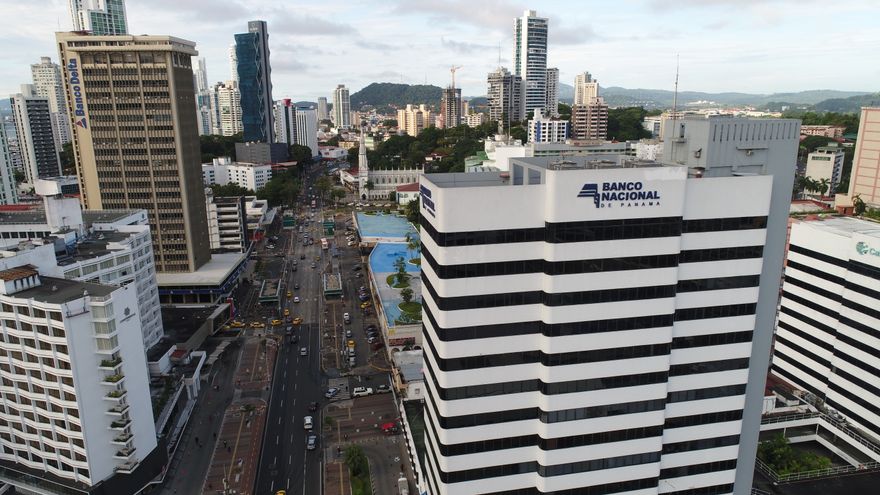 The Superintendency of Banks of Panama (SBP) stressed this Thursday the need to "move towards fiscal consolidation" to preserve the country's investment grade, degraded by the hit to the economy due to the pandemic, which led to the collapse of credit and bank profits.
When presenting the report on the performance of the banking system in 2020, the superintendent of the sector, Amauri Castillo, recalled that last February Ficht downgraded Panama's risk rating from BBB to BBB-, based on the effect of the pandemic on the economy and public finances, but maintaining investment grade.

"Let us work", each one from his sector, "to ensure that we do not lose the investment grade", which would have as an "immediate effect" the possibility of an "increase in the cost of funds" which will "be transferred "to banking users in Panama, a country that lacks a central bank.

In the opinion of the regulator, Panama must "move towards fiscal consolidation to avoid further adjustments to the sovereign rating: that public finances continue to be managed in a responsible and sustainable manner, that the level of indebtedness remains within limits that allow the country to move forward. ".

"Maintaining the investment grade is a challenge," said Castillo, who warned that losing it would mean "an additional adverse ingredient" to the already complicated economic environment, with a fall in gross domestic product (GDP) in 2020 of 17.9%, unemployment of 18.8% as of last September, the highest rate in 20 years, and 52.8% of informal workers.

With an economy affected by the pandemic, the increase in the unemployment rate and the growth in number of informal workers, credit performance will be a challenge in 2021, Castillo acknowledged.

Panama must also continue its efforts to get off the list of the Financial Action Task Force ( FATF ) of countries with deficiencies in the prevention of money laundering and terrorist financing.

Being on the list of the "FATF affects the image, the reputation (of Panama) we have to leave", so it is necessary to "continue working on the action plan", which contemplates the strengthening of three aspects in the financial and financial sector. four in the non-financial sector, the official said.

FALL IN PROFIT AND CREDIT

The profits of the international banking center (CBI), made up of several dozen entities, fell in 2020 by 45% compared to the previous year CBI, with a decrease of 839 million dollars, the SBP report said.

There was a 4.4% drop in the loan portfolio, while "new loans disbursed during 2020 suffered a considerable reduction, in the order of 40%."

The result of the loan portfolio "was a reflection of the economic situation," with an economy semi paralyzed between March and September due to mobility restrictions to curb the covid, Castillo said.

The Superintendency indicated that "more than one million credit operations were eligible for financial relief measures" so that "a significant number of debtors have renegotiated their terms and conditions and would be paying what was agreed upon."

An inverse effect of the situation was the growth in 2020 of 8.1% of deposits, which is attributed to the fact that "households increased their propensity to save in the face of uncertainty, mobility restrictions and funds from the compensation for liquidations "of employment, explained Castillo.

The legal liquidity ratio was close to 63.5% at the end of 2020, while the capital adequacy ratio on risk-weighted assets is 15.89% for the CBI, almost double the regulatory minimum of 8%, according to official data.
#Covid
Add Comment