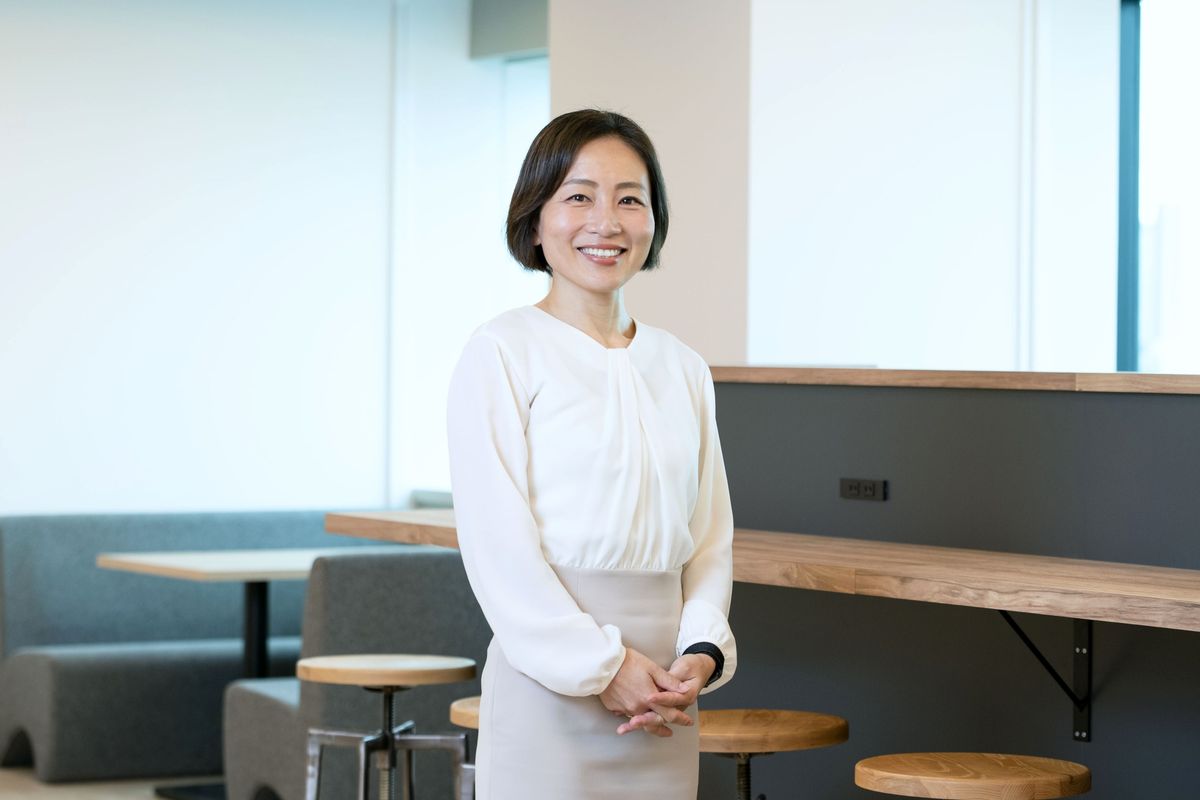 Banker Who Quit for Her Kid Builds Empire of 110,000 Consultants

Eiko Hashiba left Goldman Sachs Group Inc. in Tokyo in 2002 to give birth to a child at 23.

Having to quit to look after her baby left her wondering why there weren’t more flexible ways for women to keep working in Japan, instead of leaving the workforce after having children.

Ten years later, that question was still on her mind when she co-founded VisasQ Inc., which provides expert advice and consulting services not unlike those of McKinsey & Co. The difference? Its advisers don’t work in-house: they’re outside consultants.

“I had my baby at an early stage in my career and I wanted some kind of work I could continue no matter what,” Hashiba, VisasQ’s chief executive officer, said in an interview. VisasQ is “a service that boosts a person’s ability to work.”

VisasQ’s stock has risen 87% since listing on the Tokyo Stock Exchange in March. The surge has pushed the company’s market value to about $229 million and made Hashiba, who has a 52% stake, a multimillionaire. 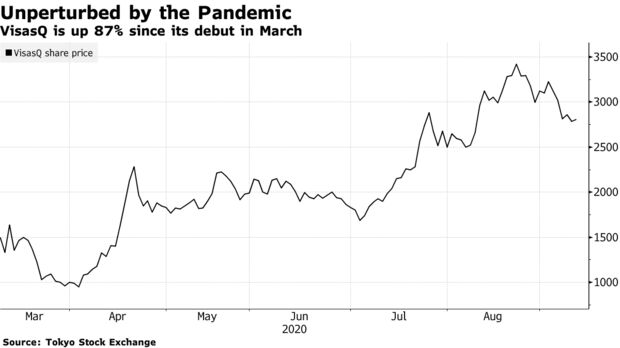 People from across all industries register as advisers at VisasQ, and provide consulting sessions to clients seeking their expertise. VisasQ has more than 110,000 registered consultants, according to Hashiba.

“My experience as a working mom made me realize that there would be individuals out there who’d want to work as independent advisers,” Hashiba said.

Hashiba is among a select group of female CEOs of Japanese companies. Only 11 out of 2,076 listed firms that disclosed the information, or less than 1%, had a woman as CEO last fiscal year, according to data compiled by Bloomberg.

Earlier in the company’s history, Hashiba said venture capital executives questioned whether she could succeed in the CEO role as a woman. They said the success rate was low, which inspired her to prove them wrong, she recalled.

Hashiba joined Goldman Sachs after graduating from the prestigious University of Tokyo in 2001. She left the bank after just a year to look after her baby. Later, she worked at L’Oreal SA and Japanese private equity firm Unison Capital Inc. before setting up VisasQ.

VisasQ hopes to tap the growing ranks of retired people in Japan -- among others -- as it seeks to increase the number of registered advisers into the millions. There are more than 36 million people in the country aged 65 or over, according to government data.

Yukio Terakawa, a division head at Yanmar Holdings Co., said he plans to keep serving as a VisasQ consultant after he retires.

“All the years spent doing various kinds of hard work as a ‘salaryman’ weren’t for nothing,” Terakawa said. “I want to keep using the service as it will be good for my life after retirement.”

“It was high in value; I could get a lot of information and knowledge,” he said. “The consulting service allowed me to get directly in touch with people I can’t reach by myself. The consultant shared a lot of on-the-ground information.”

Veteran investor Mitsushige Akino sounded a note of caution. He said it’s too early to know whether to invest in the stock.

“The business needs a bit more time for the model to be verified,” said Akino, senior executive officer of Ichiyoshi Asset Management Co. “We don’t know yet if the companies using the service will actually benefit from the advice provided. For now, people are buying the stock on a vague understanding that they will.”

The buying has pushed up valuations. VisasQ trades at 408 times earnings, according to data compiled by Bloomberg. The company forecasts that revenue will increase 42% to 1.4 billion yen ($13.2 million) for the year ending February, but says profit should decline due to aggressive investment.

VisasQ established a subsidiary in Singapore in April, intending to use it as a base to expand overseas. Hashiba plans to connect the company’s existing pool of Japanese advisers to foreign customers, while also broadening the pool to include advisers from other Asian countries.

“If it turns out the service isn’t very effective, clients will drift away,” said Akino, who expects the stock to be volatile in the short term. “Because we don’t know yet, there will be days the shares are bought on high expectations.”

Hashiba said she tries not to worry about stock-price movements, preferring to concentrate on the company’s long-term development.

“We’re in the very early stages of our growth,” she said. “Our dream is to have every one who is hard-working, even those who are experienced but not currently working full-time, to sign up on VisasQ.”