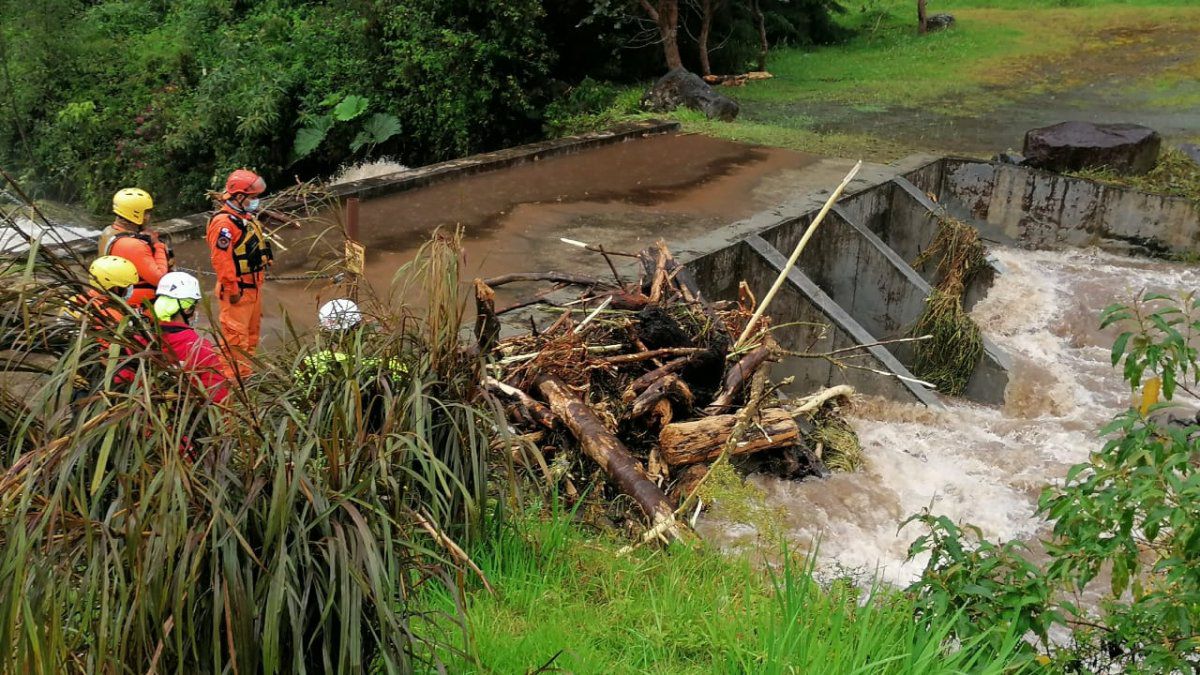 Sinaproc reported that some 1,314 people have been transferred to shelters and so far there are no reports on victims or missing persons.
A total of 575 homes have been affected by the bad weather conditions registered in the regions of Chiriquí , Comarca Ngäbe-Buglé and Bocas del Toro, according to data issued by the National Civil Protection System (Sinaproc).

The entity reported that in addition, an approximate of 1,314 people have been transferred to shelters in safe places, and so far there are no reports on victims or missing persons due to bad weather.

"The rapid action of the Joint Task Force, the preventive recommendations and the voluntary evacuation of some families from Tierras Altas and Bocas del Toro, contributed to avoid unfortunate situations," said the director of Sinaproc, Carlos Rumbo.

The overflow of the Caldera River in the Boquete district and the fall of two trees towards the Volcancito area were reported, and evacuations were carried out from the Bambito, Las Nubes and Chiriquí Viejo sectors, establishing a shelter at the Paso Ancho School, Tierras Altas where 92 people are kept.

In addition, eight permanent surveillance points were activated, six in Cerro Punta; one in Bambito; one in Quebrada Bruja in Paso Ancho. Constant monitoring is maintained in Guadalupe and Las Nubes.

Landslides on the road near the Conga community in Silocrik in Chiriquí Grande, at kilometer 29. This road remained closed for seven hours and was reopened at night, after the MOP and the Mayor's Office of Chiriquí Grande will complete the earth removal works. Landslide at kilometer 59 in the community of Ojo de Agua, where a partially affected house was reported. Approximately five people were rescued; and damages are reported in the community of Las Tablas, Calle Primera, where there are 20 houses affected by the introduction of water at approximately two feet.

There are an estimated 391 homes affected, and the flooding of the rivers was recorded: Buri, Peje bobo, Mananti, Guariviara, Cricamola, and Kankintú.

In the Pueblo Nuevo School, in the Buri community, seven classrooms were set up with an approximate of 14 sheltered people, all in good medical condition.

On the other hand, Sinaproc reiterates that the Emergency Operations Center in the city of David maintains 24-hour surveillance and monitoring.

“It is important to reiterate that Sinapro) issued a Preventive Green Alert for the constant monitoring of rivers and streams in the provinces of Chiriquí, Bocas del Toro and Comarca Ngäbe-Buglé. According to Etesa's Hydrometeorology, until April 17 there will be instability in the climate, as a result of the indirect effects caused by the passage of a cold front over the Antilles and the Atlantic, ”the entity reiterated.
#Carlos Rumbo
Add Comment