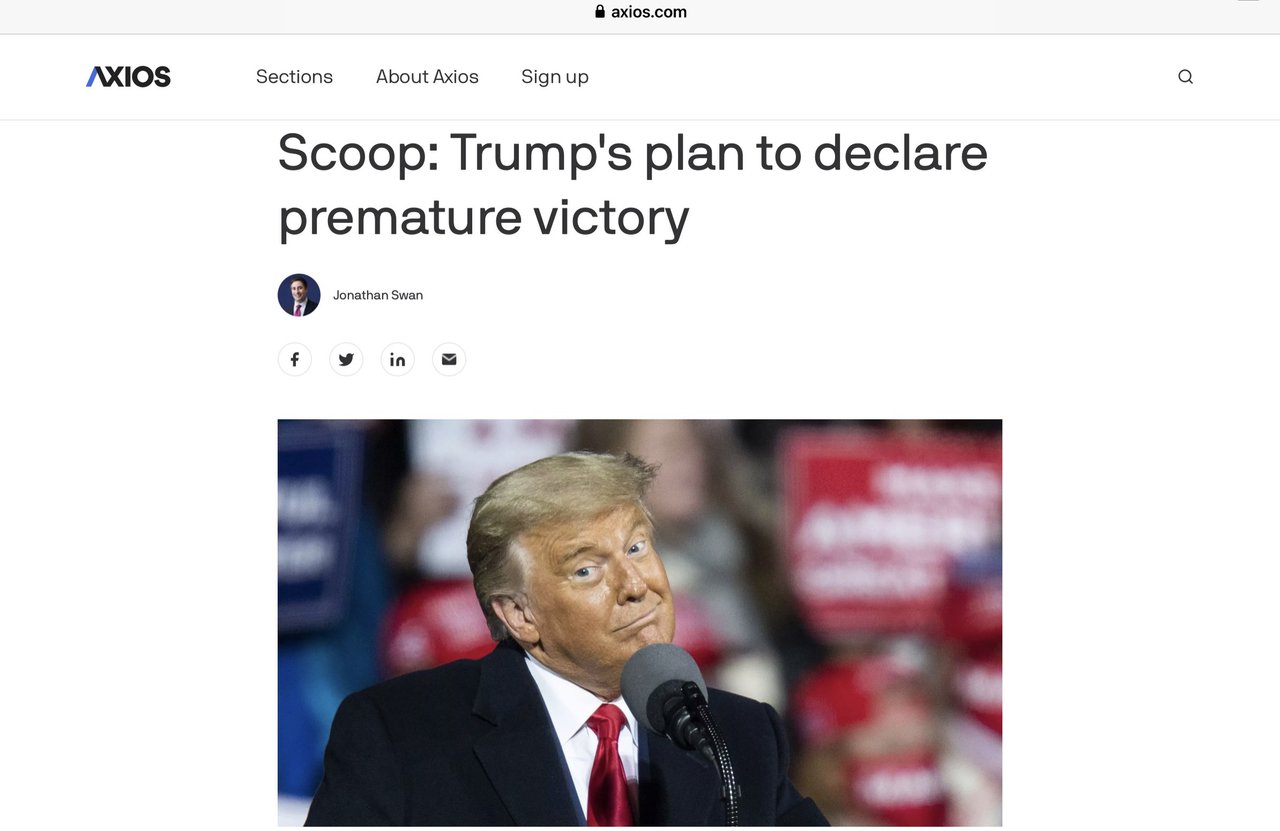 Axios claim a scoop, that “Trump's plan to declare premature victory”. Trump said they are lying. 3 days for the true.

In 3 days we will all know, if Axios is an official fake news website, or if Trump is a crook.

Axios wrote in its headline:

“Scoop: Trump's plan to declare premature victory
President Trump has told confidants he'll declare victory on Tuesday night if it looks like he's "ahead," according to three sources familiar with his private comments. That's even if the Electoral College outcome still hinges on large numbers of uncounted votes in key states like Pennsylvania.”

Note that the title is written as a known and final fact, not as estimate, rumor or possibility...

Trump denies that he plans to declare victory prematurely, adding, "We're going to go in the night of, as soon as that election's over, we're going in with our lawyers."

In 3 days we will all know if all patriots and honest advertisers and readers must boycott Axios as a fake news outlet, or the American people must boycott Trump, weather he win or lose the election, and weather they are Republicans or Democrats party supporters.

As for us, we have no idea and actually lost any trust on anything anybody says about the U.S. Election, and what worse is that we have no trust on the voting system, counting the votes and the results - no matter who will win or lose. The whole thing lost any shame or even a mask of integrity. Too many wrong things all over, not only by the media.

All we can hope is that USA will pass this election peacefully, if not respectfully. No need another 2020 drama. Enough is enough.