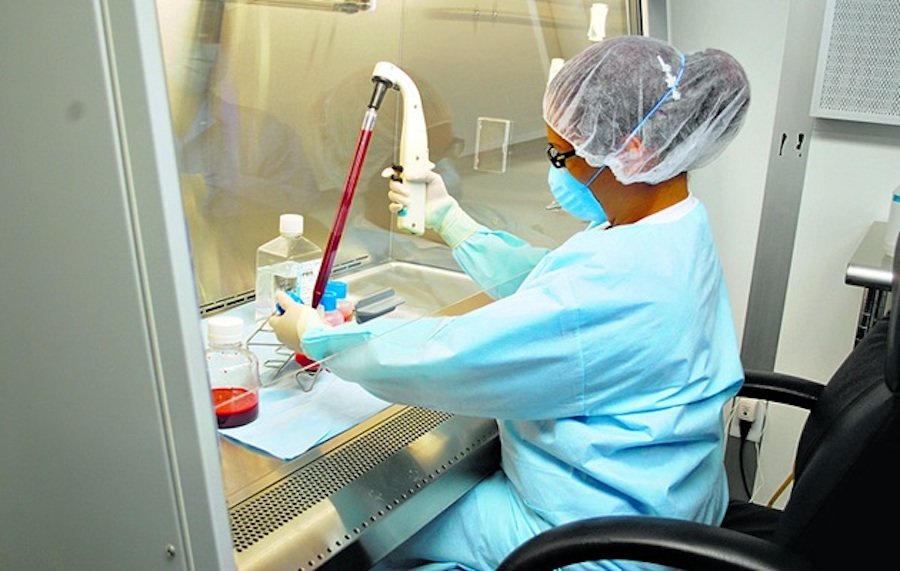 José Vicente Pachar, director of the Institute of Legal Medicine and Forensic Sciences (Imelcf), revealed on Tuesday that autopsies performed on five bodies, with a previous positive swab of coronavirus, yielded similar results to the findings made by Italian pathologists.
The forensic doctor clarified that the autopsies on these people were carried out because they were cases in which the Public Ministry intervened and there was a request from a prosecutor.

"Of the 5 cases, the one being analyzed is the person who died at home and was COVID-19 positive," Pachar said in an interview with TVN.

The doctor stressed that in medicine pathology studies are very important because they allow us to confront them with clinicians. Those carried out by the Imelcf were similar to the evidence presented by Italian and American pathologists.

"Initially, autopsies in China said that the terminal bronchioles were blocked with mucus and this made breathing difficult and mechanical ventilation had to be used. The findings (in Panama) are similar not only to those in Italy, but also in Oklahoma and Germany, in which the problem really is at the level of thrombus formation, clots throughout the body, from the feet to the head and damage at the level of the lung parenchyma (functional lung tissue), "he said.

It must be remembered that thanks to the investigations of the Italians, a different turn could be taken to the way in which the patients with COVID-19 were treated.

Pachar added that the studies also confirmed what was found by German pathologists.

"They speak of an endothelial injury, which is a fundamental contributor to injury to the barrier that exists between the alveoli, the capillaries and that prevents the return of elimination gases. We were able to verify this in Panama," he said.

According to Pachar, these studies are important because they help the treating doctor to apply the appropriate therapies to the patient.

The director of the Imelcf added that he is waiting for a response from the Ministry of Health to be able to do similar studies with patients from hospital morgues.

"In the corpses the risk of contamination is not so worrisome, for now there are no pathologists who have been contaminated by handling these bodies," he said.

The Imelcf proposes that health authorities apply COVID-19 tests to all people who are taken to judicial morgues, after dying from acts of violence or without any type of medical attention.

The proposal is made because there are thousands of asymptomatic people in the country who have the virus, he said.

"Given this, the solution we propose is to carry out tests on the people who arrive at the judicial morgues, before doing the necropsies," said Pachar.
#COVID-19  #Covid  #Coronavirus
Source
Add Comment