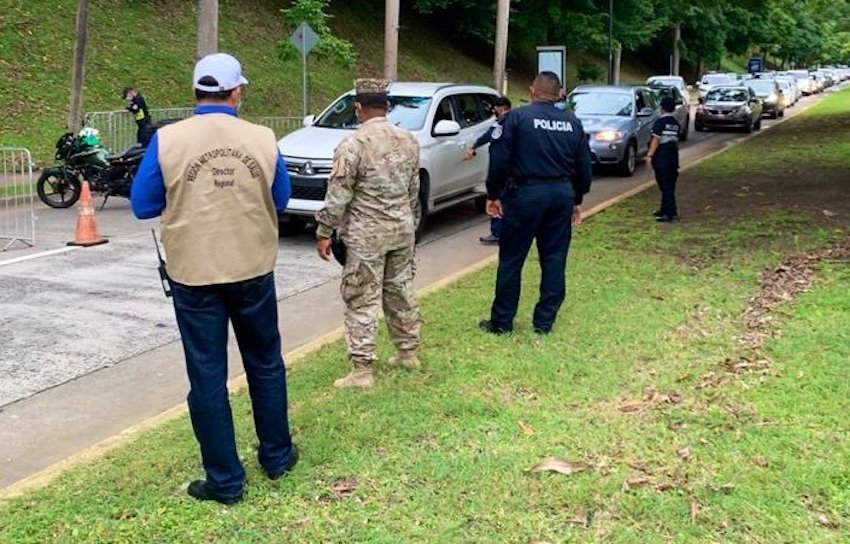 Authorities install checkpoints at the entrance to the Amador Causeway

The health and security authorities decided to install two checkpoints in the area of ​​the Calzada de Amador after mass gatherings were reported in the sector.
One of the checkpoints is located in the sector of the facilities of the Ministry of Public Security. It is used to ask drivers for a license.

At the second checkpoint, near the Biomuseo, it is checked that visitors respect biosecurity measures and if they follow the recommendations of the family bubble.

The members of the vehicles are asked for the driver's license and the rest of the occupants for the youth cédulas and cédulas.

A minor who is not with his parents will not be allowed to enter.

The authorities also verify that visitors and merchants comply with biosecurity standards, such as a mask, physical distancing, hand washing, among others.

Until this Saturday, September 26, a warning will only be given to people who do not comply with the correct use of the mask and the other regulations.

However, starting next week, fines will be applied to visitors who do not respect the regulations in force due to the Covid-19 pandemic.

Officials from various institutions, such as the Ministries of Health and Public Safety, firefighters and agents of the National Police participate in this security operation.
#COVID-19  #Covid
Add Comment