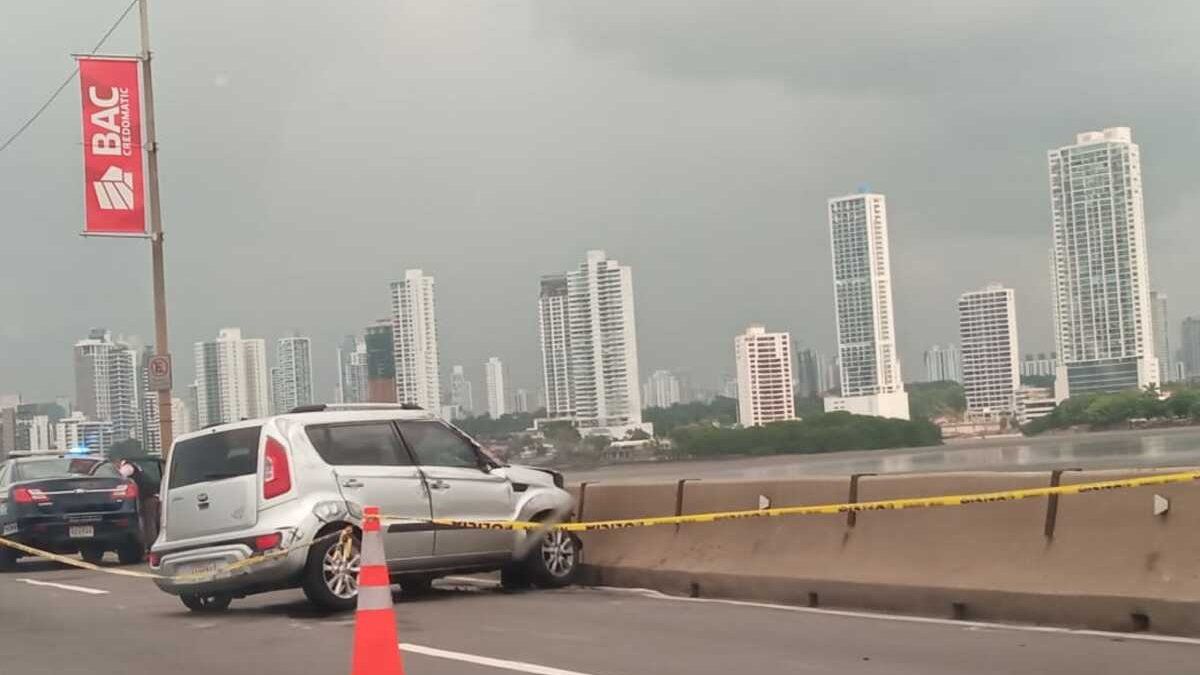 The commissioner of the National Police of Panama, Cintia Meneses announced that after the incident that occurred this morning in the marine section of the Corredor Sur, in which some subjects shot a foreigner who was driving a gray SUV from a truck to steal some suitcases, the Colombian woman was arrested when rectangular packages were found presumed to be drugs.

"The National Police found the apprehension of a Colombian citizen who kept driving a vehicle that at the time of being apprehended inside several bags with rectangular packages of a substance that is presumed to be drugs and said situation occurs at the height of the marine section of the South Corridor where that vehicle is intercepted by another vehicle which makes several detonations and it collides with one of the jerseys, "said the commissioner.

Later, the Public Ministry detailed that in the vehicle in which the apprehended woman was traveling, 58 packages with alleged illicit substances were found, inside 5 larger bags.

The commissioner assured that drugs and citizens are under the orders of the competent authorities to initiate investigations; He also added that they are on the trail of the truck and the occupants who attacked the woman.

It should be added that heavy traffic remained on this road until the early hours of the afternoon.