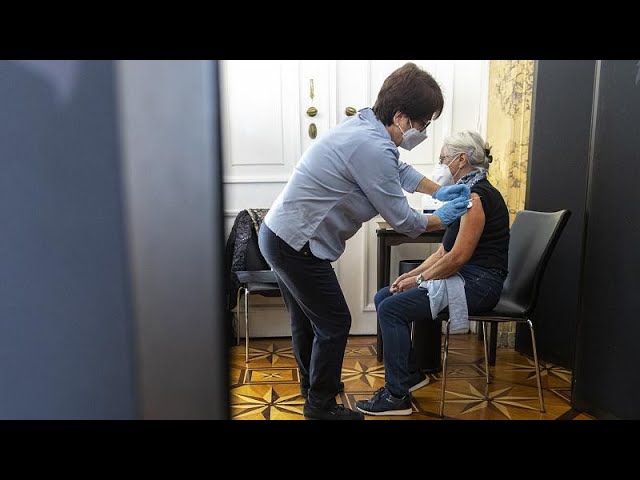 On Saturday, Austria registered a record high of 10,000 new infections. The country has one of the lowest vaccination rates in Western Europe, with only 63% of people vaccinated.

Austria on Monday introduced tougher coronavirus restrictions across the country, with unvaccinated people refused entry to restaurants, hairdressers, and events. COVID-19 tests will no longer be considered a valid entry pass.

The move comes after the city of Vienna announced similar measures on Thursday.

On Saturday, Austria registered a record high of 10,000 new infections. The country has one of the lowest vaccination rates in Western Europe, with only 63% of vaccinated people.

Contradictory to the latest restrictions, the Austrian government has scrapped travel restrictions in regions with low vaccination and high infections rates.

While it was believed this would incentivise residents, the move was not well received.

"Honestly, I'm pissed off... at 80 years old, after all, what could possibly happen to me?!" a man who was stopped by the police because he did not have a valid pass told Euronews. He was not vaccinated.

Stricter measures are not only in place for Austria's citizens, non-vaccinated tourists will also have to comply.

The government hopes the restrictions will allow winter tourism to go forward.

"We have to raise the vaccination rate. We will therefore have to tighten the leash on the unvaccinated," said Austrian Chancellor Alexander Schallenberg.

Despite the rise in infections throughout Europe, the tourism industry is worth approximately 6.5% of Austria's GDP.

"We assume that, at the moment, the numbers will continue to rise, both in positive tests and then with a certain delay in hospitalisation figures," Niki Popper, from the Covid Forecast Consortium, told Euronews.

"We don't have enough vaccinated people but we see – as in other countries – that we're not too far away from the point where we can get the system to turn by imposing restrictions and reaching enough immunisation," Popper went on.

Over the past few days, Austria has seen a significant increase in vaccinations.

The so-called "lockdown for the unvaccinated" will last at least until Christmas and New Year's Eve, according to the Austrian government.