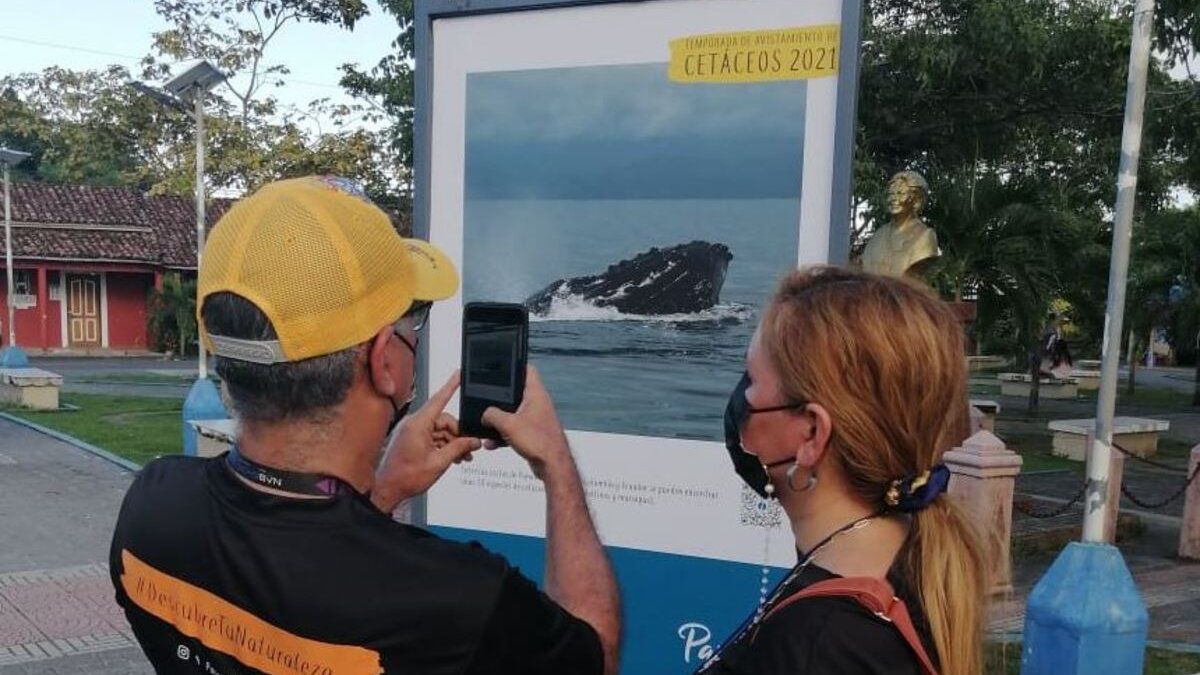 Whale watching is one of the events promoted by the ATP as a priority, since this type of tourism benefits the economy.

The Panama Tourism Authority (ATP) launched the whale watching season , which at this time becomes the most anticipated tourist attraction for nationals and foreigners, in El Arenal, one of the beautiful beaches of Pedasí, in the province of Los Santos.

The season of sighting of this sea giant occurs every year from July to October, months in which the mammal moves from the South Pacific to the warm waters of the Pacific to mate and give birth to their young, far from water. where there is greater threat and quantity of predators.

The general administrator of the ATP, Iván Eskildsen, pointed out that within the Master Plan of Sustainable Tourism (PMTS) 2020-2025 in the axis of the blue heritage is betting on a nature tourism that appeals to "conscious" travelers, one of the fastest growing segments worldwide.

"The arrival of these wonderful beings to Panamanian waters represents a contact with nature that provides a transformative experience, which is what conscious travelers seek the most," said Eskildsen.

The administrator pointed out that whale watching are events that the ATP promotes as a priority, since by promoting this type of tourism in a responsible way, the economy of the coastal communities benefits, who will also add to its conservation, achieving that the population to engage in more sustainable activities.

Miguel Batista, pointed out that whale watching is an important asset for the region, since from July to October on the coasts of Pedasí, in Azuero, people can observe the spectacle offered by these acrobats of the sea and the visitor, hopefully You can see them from the shore, because the area has 55 kilometers of beaches; However, he recommended that it is appropriate to observe them from a better distance as in Playa El Arenal, on a boat and live the experience of listening to their sound and enjoying the wildlife refuge in Isla Iguana.

Other areas to watch whales

There are other marine areas where you can see whales and dolphins, such as along the entire Pacific coast in the south of the province of Veraguas (Santa Catalina) and neighboring areas, around the Coiba National Park; Boca Chica, in the province of Chiriquí; the archipelago of Las Perlas, among other destinations, where in addition to appreciating the acrobatics of these cetaceans, the tourist can enjoy an exquisite gastronomy, adventure tourism and contact with nature and know the cultural heritage of the peoples.

"In the 4 or 5 months of whale watching, the economy improves in the region, because people, in addition to arriving in the region to enjoy the show, stay and make purchases in stores," said Irving Barahona, who is dedicated to moving to tourists 19 years ago, from Pedasí to Isla Iguana.

In Pedasí about 25 people provide the transfer service by boat to the high seas, to observe the whales with their neonates, maintaining the distance regulated by the authorities. The boats leave from Playa El Arenal and the trip takes approximately 20 minutes.

After this launch, the ATP in the Central Park of Pedasí installed totems with a photographic exhibition of whales and tips on how to carry out this activity in a responsible way, since the entity appeals to the conscious tourist who enjoys the heritage and conserves it.

Both the ATP, MiAmbiente, as well as the Mayor's Office of Pedasí launched an invitation to local and foreign tourists to enjoy this treasure of nature in a responsible way, in order to practice sustainable and environmentally friendly tourism, respecting the sighting protocol of 2017, which establishes the parameters to carry out this activity.

When embarking on the trip on the high seas, the following must be complied with: avoid swimming, diving with a snorkel or tank or any activity that involves interacting with the animals in their habitat.

The approach for observation must always be made parallel to the course of movement of the cetaceans and slightly behind them, taking into account the distances indicated.

Avoid approaching less than 250 meters from the whales, and less than 100 meters from the dolphins, and when observing a whale with a calf, the maximum time will be 15 minutes. Also, the boat's engine must remain neutral during the sighting.

Likewise, the use of echo sounders in the observation areas and sudden changes in speed or boat courses during the sighting is prohibited. The maximum speed allowed in the presence of cetaceans is 4 knots or seven km / h.

The sighting may not exceed 30 minutes with the same group of cetaceans and it is not allowed to interrupt the course of cetaceans, divide them or disperse them when they go in a group.

Failure to comply with these regulations constitutes an administrative offense that will be sanctioned by MiAmbiente.
Add Comment