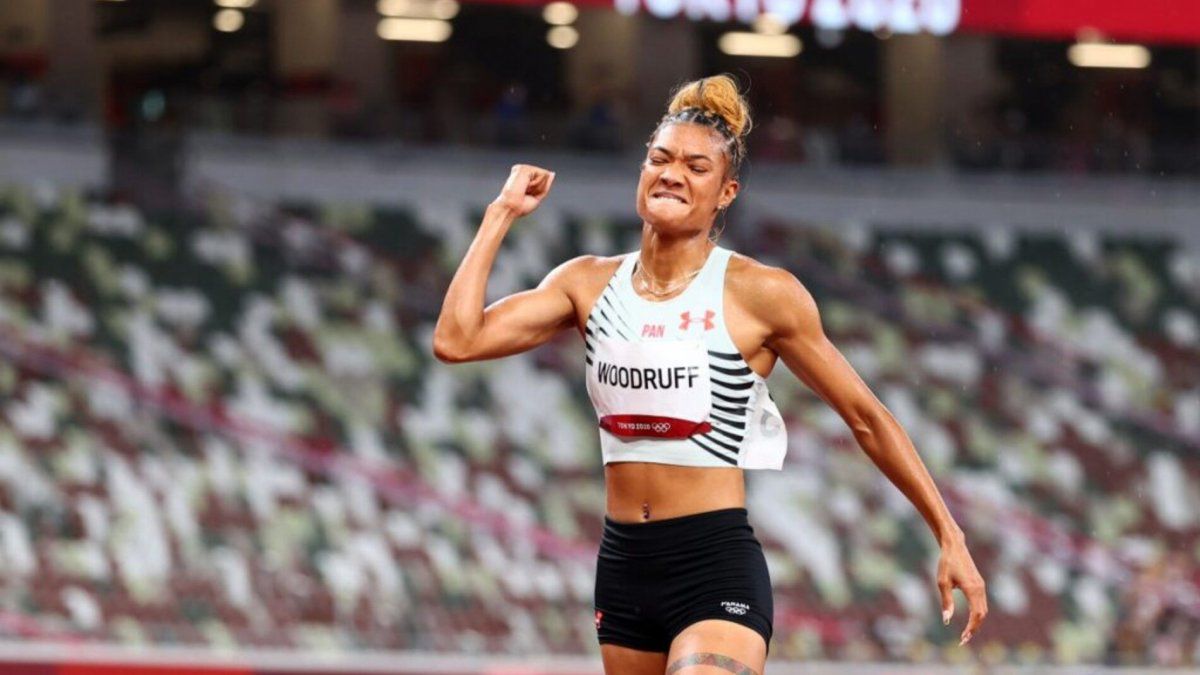 Athletics, once again Panama's best card in the Olympic Games

The three medals that Panama has brought home from Olympic Games have been obtained in athletics.

The Olympic Games of Tokyo 2020 are confirmation that athletics discipline is maintained through the ages as the best presentation of Panama in the Olympics.

It is a reality that in the Panamanian capital and in the Central American country there has always been a track certified by the World Athletics (governing body of world athletics), but in its history the Olympic medals are awarded by the track and field sport.

These three were hung by Irving Saladino, gold in the long jump in Beijing 2008, and Lloyd LaBeach, bronze in 100 and 200 meters at the London Games in 1948.

In the recently concluded Tokyo Olympics, without underestimating the work of athletes from other disciplines, there was no change of command: the runner Gianna Woodruff managed to get into the final of the 400 meters hurdles, finishing seventh with a record of 55.84.

The 54.22-second mark set by Gianna Woodruff in the semifinals is a new national record and a South American record.

In this same competition, in the men's branch, but in Athens 2004, Bayano Kamani finished fifth in the final, four years later, in Beijing, he entered the semifinals.

In Tokyo 2020, Alonso Edward, in his third Olympic event , could not finish the semifinal due to an injury, but the Panamanian, who showed his carats with a silver medal in the 2009 World Cup in Berlin and reaching the finals in Rio 2016 was in the finals, he ranked seventh.

In that historical recount, the 1976 Montreal performance of Guy Abrahams, who finished fifth in the 100-meter dash final and was a semi-finalist in the 200-meter dash, cannot be overlooked.

It should be noted that the Panamanian marathoner Jorge Castelblanco returned to compete consecutively in the Olympic marathon and finish it.

A coach's vision after the Tokyo Olympics

Florencio Aguilar, a former Olympic athlete in Los Angeles 1984 and Barcelona 1992, told EFE on Wednesday that "the boys who were there did their best and fulfilled expectations."

Aguilar, who is recognized as Saladino's trainer, pointed out that "Panamanians think that winning a medal in the Olympic games is easy."

"We only have three medals and one gold, as a former athlete and coach I recognize that there are athletes who are born to be Olympic champion, it is not just anyone," said Florencio Aguilar.

The coach relapsed into the point of lack of support for the athletes and that with Irving (Saladino) in 2004 he had to invent work tools and with Nathalee Aranda in 2020-2021 "I was the same, without tools and in a dangerous place because the lack of security."

Damaris Young, current president of the Panama Olympic Committee (COP), told EFE on Wednesday that "the general projection was fulfilled from the perspective of the joint action of the Panamanian delegation."

"The main objective was that the previous preparation processes were materialized and that our athletes were physically and mentally healthy," he said.

Damaris Young, a former basketball athlete, said that after the Tokyo Games she has "even more desire and desire to continue working and striving so that in Paris 2024 we can exceed the results obtained."