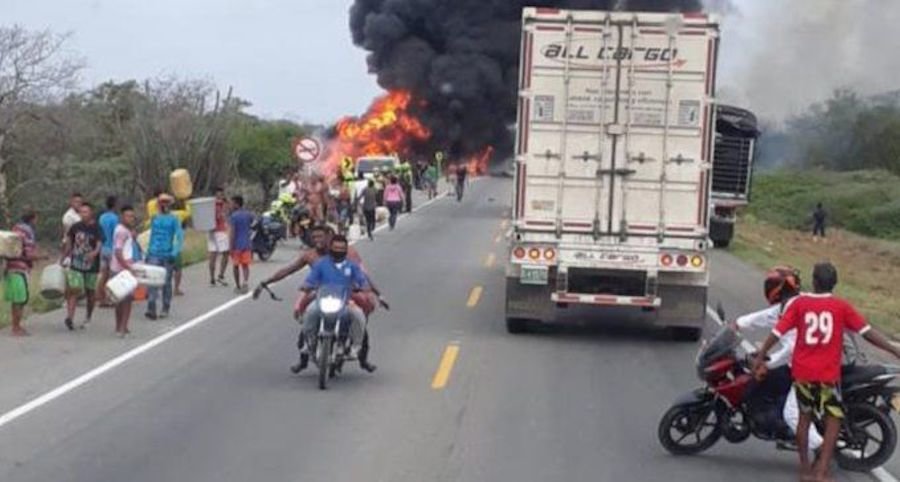 At least seven people died and another 46 suffered burns this Monday, due to the explosion of a truck carrying fuel on a road in northern Colombia, local authorities reported.
The accident occurred while dozens of people looted the tanker truck that had overturned when it was traveling between the cities of Barranquilla and Santa Marta, in the Colombian Caribbean, according to police.

We believe that there are at least around seven people burned in this tragic accident, said Fabián Ospino, mayor of the Pueblo Viejo municipality where the incident occurred, in a video broadcast on social media.

In a subsequent report, local police confirmed seven fatalities and 46 injuries from the explosion.

The Colombian Caribbean is one of the regions of the country most affected by the new coronavirus, which has caused 4,064 deaths and 117,110 infections in the coffee country.

In cities like Barranquilla, located 45 kilometers from the accident, the health system is approaching the saturation point.
#Coronavirus
Add Comment