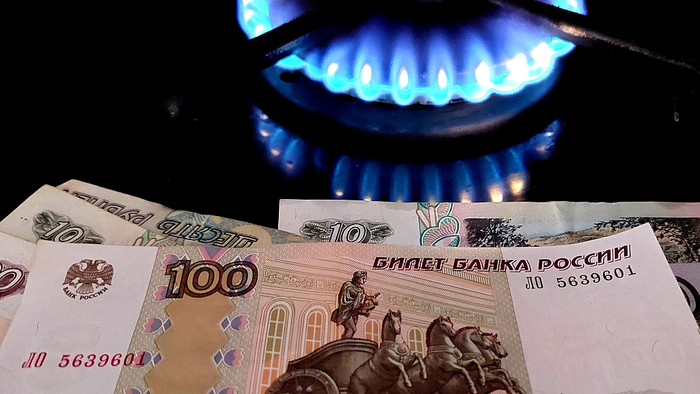 "Under the new mechanism, clients have to open two accounts: one in foreign currency and one in rubles in Gazprombank."

Europe's anti-Russian virtue signaling and harsh language are nothing more than a facade as the number of European companies opening accounts with Gazprombank JSC has doubled as President Vladimir Putin demands rubles for natural gas.

Bloomberg reports a person close to Gazprombank said twenty European companies had opened accounts with the private-owned Russian bank to swap euros for rubles to purchase natgas. Another 14 companies are requesting paperwork to facilitate transactions in rubles.

European gas buyers quietly paid for supplies in rubles, and the list continues to grow -- despite being in breach of Brussels sanctions.

"Under the new mechanism, clients have to open two accounts: one in foreign currency and one in rubles in Gazprombank," the person said.

This comes as deadlines for April supplies are near for major European buyers. The person said the payment structure involves European clients paying foreign currency to Gazprombank, then the funds automatically convert to rubles and won't involve Russia's central bank, which is under EU sanctions.

"Most of the gas importers have already opened their account in rubles with Gazprom," Draghi said during a recent press conference. He added that German companies were already paying rubles for natgas as both countries are top importers of Russian fossil fuels.

On April 27, European Commission President Ursula von der Leyen specifically warned companies not to cave to Russia's demands to pay for gas in rubles: "companies with such contracts should not accede to the Russian demands," von der Leyen said. "This would be a breach of the sanctions, so a high risk for the companies."

It should be evident that more and more European companies are going against Brussels' sanctions. The bloc's harsh words against Putin are nothing more than fluff.

Putin forcing natgas to be paid in rubles, on top of capital controls, has transformed the ruble into the world's best-performing currency this year. It's now up more than 11% against the US Dollar since the start of the year, even outpacing the Real's 9% increase to become the top mover in 31 major currencies tracked by Bloomberg.

The person close to Gazprom said four clients paid in rubles and expects more to come. So much for the worthless EU sanctions to put an end to Putin war funding.