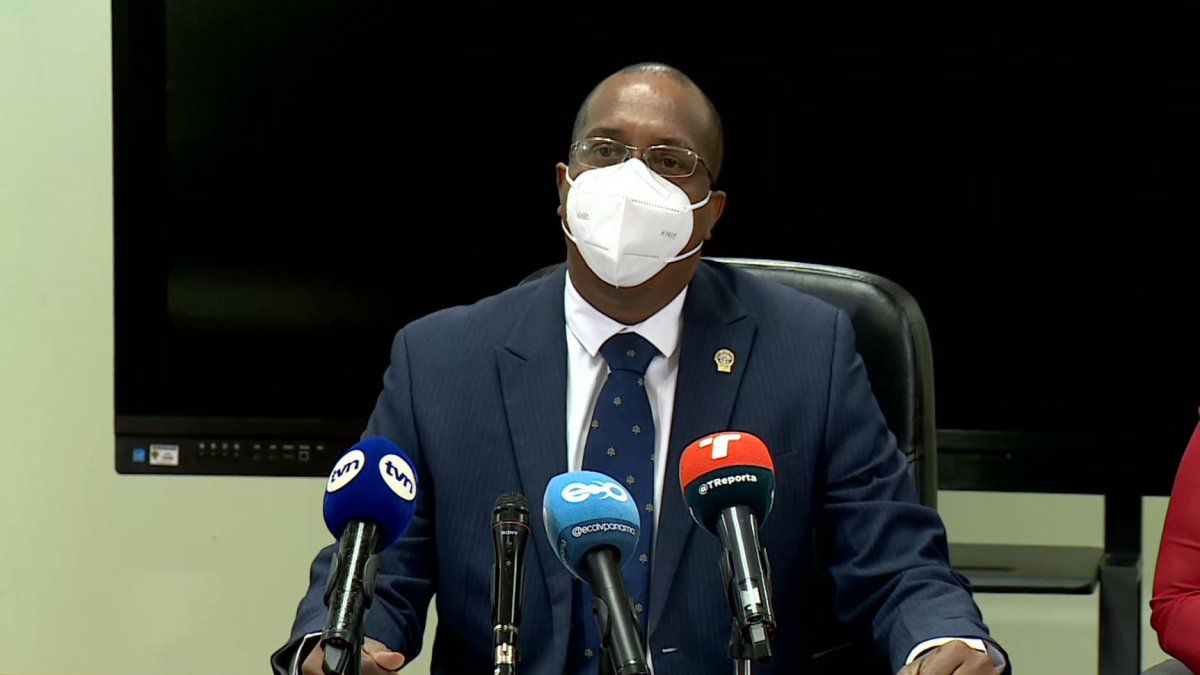 Prosecutor Caraballo indicated that they have recovered about 12 vaccination cards and several of those vaccinated have made a statement before the Public Ministry.
The Attorney General of the Nation in charge, Javier Caraballo , reported on Monday the progress of the investigation into the clandestine vaccination against COVID-19, noting that it has been determined that at least two of these days took place, one on 1 from June to about 15 people, and another on the 7th of that same month to 17 citizens.

He announced that this could be determined after conducting an interview with Denisse Vega, who is listed in the Cordón de Vida and Vidatec society registry, after, according to Caraballo, she appeared at the Attorney General's office on 9 May. June with his attorneys to assist with the investigation and provide evidence.

He explained that Vega provided as evidence several vaccination cards, as well as her cell phone so that the conversations she had with Celine de Esses could be extracted, who allegedly put her in contact with the people who were offering the vaccination. He stressed that Vega's contributions generated "separate raids and the Public Ministry managed to reach another vaccination site, elements that helped the process."

“Mrs. Denisse presents herself, an interview is taken the same day and presents as evidence, in order to clarify the facts, 10 vaccination cards and establishes that these vaccination cards correspond to the employees of her company who had been vaccinated on June 7. Likewise, voluntarily, she handed over her cell phone so that an expert from the Institute of Legal Medicine could extract all the communications that she had had with both the person who served as contact for this clandestine vaccination, and who offered them these vaccines, "said the Attorney in charge.

Caraballo justified that the reason why information about the meeting and interview with Denisse Vega was not provided at that time was to avoid compromising the investigation, taking into account that before the information provided by her, the Public Ministry did not have enough evidence on clandestine vaccination.

"An investigation of this type, with little evidence from the beginning, cannot be carried out successfully if the Public Ministry publicizes and explains each act of investigation, even before it has had its effects; if we in front of that meeting and to the interview that was being carried out, we went down to explain to the media everything that was being done, we immediately compromised the possible success of the investigation, "said Caraballo.

He pointed out that as a result of this meeting with Denise, a series of procedures was carried out, including raids at Celine de Esses' house, where two vaccination cards were recovered, as well as procedures that allowed the capture of Matías Pérez Escudero, who was charges were brought against him and a preventive detention order was issued.

He explained that it is estimated that in these clandestine vaccination days more than 30 people were inoculated, they have also managed to recover about 12 vaccination cards, whose cardboard and letters do not correspond to those used by the Ministry of Health, and have taken a close statement out of 10 people who were vaccinated.

He added that according to an interview given by the coordinator of the Expanded Program on Immunization (EPI), Itzel de Hewitt, the batches of the vaccines applied do not correspond to the batches that were delivered to the country by the Pfizer company.

Caraballo added that the Public Ministry has requested the intervention of the Gorgas Memorial Institute to carry out scientific tests on the people who were vaccinated, in order to determine if these people were inoculated with a vaccine against COVID-19 or with some other type of substance. which would consist in other criminal conduct of embezzlement.

On the other hand, he clarified that even when Denisse Vega is collaborating with the investigation, there has been no talk of the conclusion of an agreement with her and that Vidatec has not been ruled out from the investigation.

"We have not ruled out that at this time that we are going to file charges against any of the persons indicted at this time, however a criminal investigation is based on evidence and succession of facts, and in this Accusatory System we cannot launch into accusations until we have sufficient evidence to support these accusations before the judges", emphasized Caraballo
#Vaccines  #COVID-19  #vaccine  #Pfizer  #Gorgas  #Covid
Add Comment