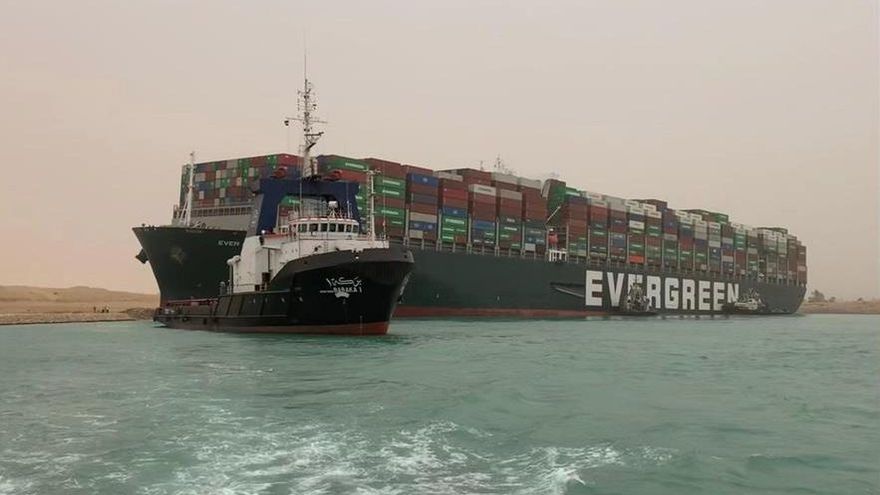 At least 15 ships remain blocked this Wednesday in the Suez Canal as a result of the blockade of this seaway by a Panamanian container ship that was crossed due to bad weather and a sand storm, according to information from a logistics and maritime services company.

"Fifteen ships that were supposed to transit the Canal were blocked by the incident and are waiting at anchor," said the Dubai-based Gulf Agency Company.

The blockade has lasted since Tuesday morning, when the Panamanian container ship crossed the southern section of the canal, according to the managing authority of this maritime route between the Red Sea and the Mediterranean.

The ship "tilted at kilometer 151 of the canal while crossing it from the south coming from China on its way to Rotterdam," said the president of the Suez Canal Authority, Admiral Osama Rabie, in a statement, who assured that the units of rescue workers were working to unblock the boat.

According to the note, the accident occurred "due to the lack of visibility due to bad weather conditions due to a dust storm, in which the wind reached 40 knots, which made it difficult for the ship to maneuver and it went off course ".

Eight tugboats are working in the operation to reopen the canal traffic, Rabie said.

Egypt suffers this week a wave of bad weather with suspended winds and sand, which makes visibility difficult and has affected other activities.

In 2015, Egypt inaugurated the New Suez Canal to increase traffic and allow the transit of larger vessels, although the expansion was carried out in the northern section of the artificial passage, where a parallel route to the existing one was excavated.

Thanks to this traffic, 5.61 billion dollars (about 4.7 billion euros) entered Egypt last year.