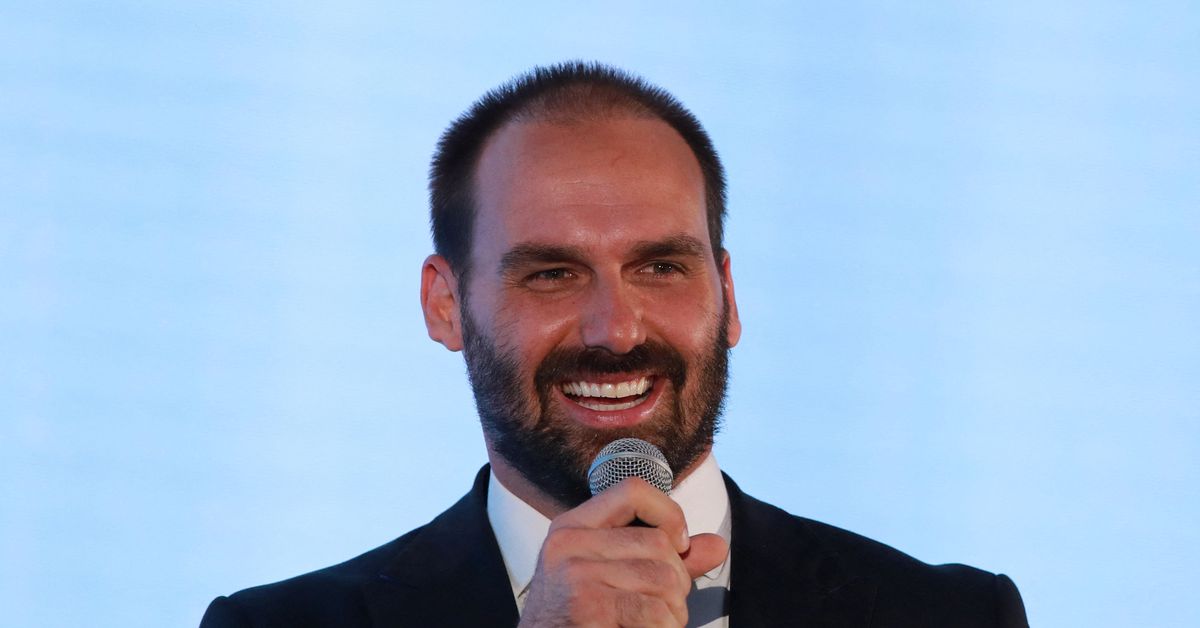 The meeting follows a wave of leftist electoral victories in Brazil, Chile, Colombia and elsewhere that have cast doubt on the far right's strength in Latin America while also rallying it against perceived adversaries in the media, pop culture, electoral agencies and big tech.

"My friends, we are together in the same boat," said Eduardo Bolsonaro, son of Brazilian President Jair Bolsonaro and a crowd favorite, who repeated conspiracies about Brazil's electoral integrity and drew applause with videos of Brazilians protesting the election result.

Worries about the left's return in Brazil and elsewhere in the region were front and center on Friday, followed by anger about changing gender values, including transgender issues.

Matt Schlapp, chairman of CPAC parent group American Conservative Union, said in opening remarks that his "biggest worry" was the "march of godless communism" from Latin America to the United States.

Trump, star of CPACs past, was not present, and no Trumps appeared on the speaker lineup. Just one attendee donned a red MAGA cap.

Speakers, who included conspiracy theorists, activists and media personalities from around the world, called for new leaders to fight the spread of "socialism," "globalism" and "woke" culture in Mexico and elsewhere in the region.

"The right, the true right, has been orphaned," said Eduardo Verastegui, a Mexican soap actor turned anti-abortion advocate who helped organize the conference and who Eduardo Bolsonaro praised as "the future president of Mexico."

The far right does not play an influential role in Mexico, where left-leaning President Andres Manuel Lopez Obrador enjoys one of the hemisphere's highest popularity ratings.

"A new right is needed, at least here in Mexico," said Andres Burgueno, 28, who traveled from Mexico's western Sinaloa state to attend the conference.

"Right now what we see is really center-right, or centrist."

On Nov. 13, opposition groups protested Lopez Obrador's proposed reform of Mexico's electoral institute in the largest demonstration against his policies since he took office in 2018. Several CPAC speakers signaled the reform as a key concern.

Still, "it's difficult to see a conservative backlash against Lopez Obrador because Lopez Obrador has been very conservative," said political analyst Carlos Bravo, citing the president's strong ties to the army, business and evangelical voters. But Bravo did not rule out the far right's ability to move from the margins to the mainstream.

"They are playing a long game," he said.
#Donald Trump
Add Comment