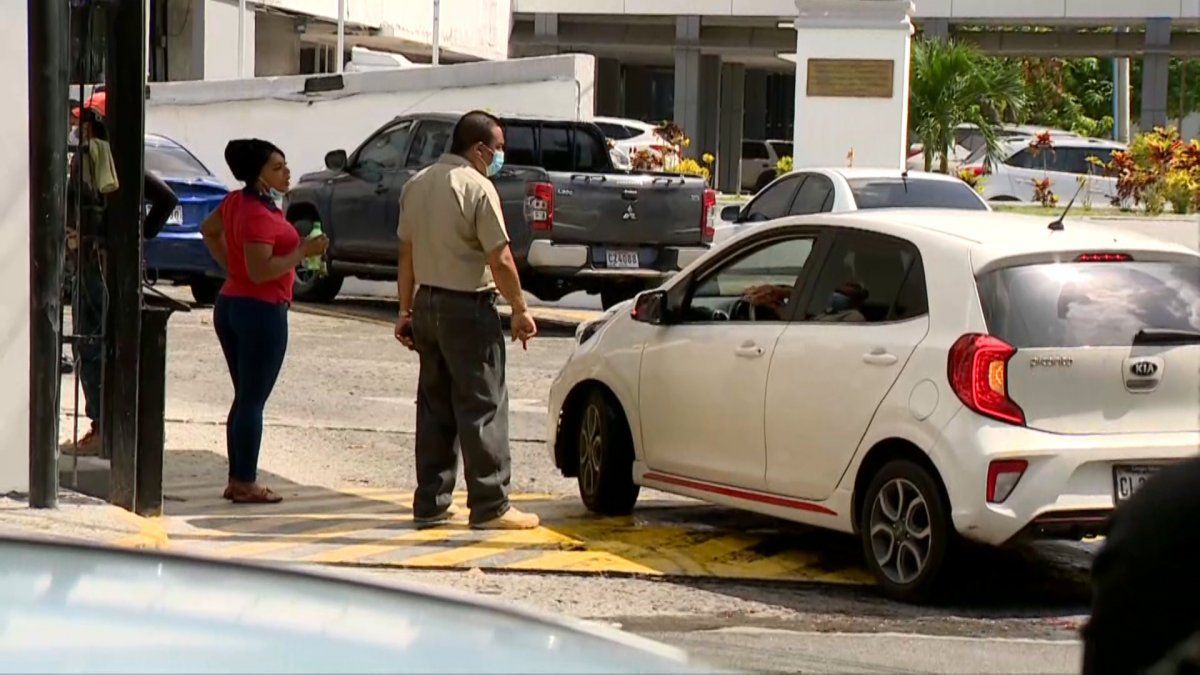 Assembly officials are vaccinated against COVID-19

The perimeter of the Legislative Chamber was closed and the media was prevented from entering.
On the morning of this Friday, a day of vaccination against COVID-19 was announced to deputies and other officials of the National Assembly.

The perimeter of the Legislative Chamber was closed and the media was prevented from entering. Security personnel indicated that they were in a day of fumigation and cleaning, and when questioned about the presence of the officials in the compound, they explained that it was necessary every time they had to open their offices.

The Public Relations department of the National Assembly confirmed to Telemetro Reporta that they are officials who "since day 1 of the pandemic have been working in the Legislative Chamber and have not been sent to work from home.

The deputy of the Democratic Revolutionary Party (PRD), Kayra Harding, confirmed through her Instagram account “Today the first dose of the COVID-19 vaccine corresponded to the assembly. I thank God that he has taken care of us in the face of this pandemic against COVID-19."

Two of the deputies that make up the independent bench, published through their Twitter account that they did not participate in the vaccination process in the National Assembly.

Edison Broce expressed “a total lack of respect and folly to skip the stages of the vaccination process for the benefit of some deputies. No one from my office will participate in this vaccination."

Meanwhile, Gabriel Silva stated “Neither my team nor I participate in the vaccination in the Assembly. The application of any vaccine must be public and transparent. There is a process established by the Minsa and it must be followed”.

At around 12:10 pm, the National Assembly clarified through a tweet that the Ministry of Health (Minsa) allocated “500 doses of vaccine for essential personnel working in a pandemic, as has been done in the other two Organs of the State."

According to the PanavaC operation scheme, the population was divided into four priority groups, which include health officials, personnel on the front line in the battle against the virus in Phase 1 with the Pfizer immunizer.

While in Phase 2, it is currently vaccinating adults over 60, people with disabilities, pregnant women, circuit teachers and patients with chronic diseases, also with doses of US pharmaceuticals.

Additionally, the dose of the AstraZeneca vaccine is being applied in the auto-fast enabled in the parking lots of the Rommel Fernández Stadium in Panama City and Santiago Mall to women over 50 years of age and to men over 30 years of age, on a voluntary basis.

For the application of the doses against COVID-19 from Pfizer, the establishment of vaccination centers by days and platforms for registration was established as a strategy, in which the interested party must verify the time and day of the scheduled appointment for immunization.

The president of the National Assembly, Marcos Castillero in past statements assured that he will wait like the rest of the citizens for his turn to be vaccinated.
#MINSA  #COVID-19  #vaccine  #Pfizer  #AstraZeneca  #Covid
Add Comment