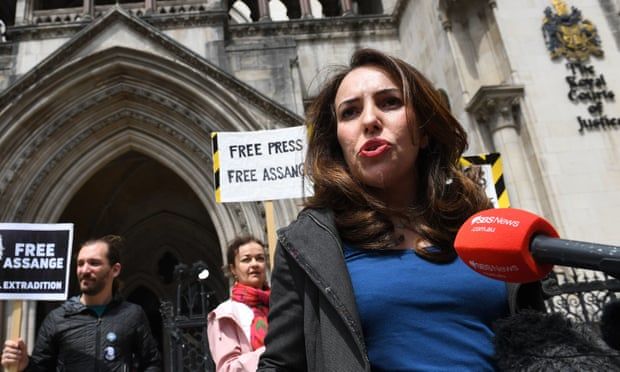 US assurances that Julian Assange would not be held under the strictest maximum-security conditions if extradited from the UK have been rejected by his fiancee, who described them as a formula to keep him in prison for the rest of his life.

Details of the proposals made to British authorities emerged after permission was granted this week to appeal against January’s ruling that the Wikileaks co-founder cannot be extradited on mental health grounds.

They include assurances that Assange, if convicted in relation to charges of alleged espionage and hacking, would be allowed to serve any jail time in his native Australia.

The package contains a particular assurance that Assange would not be subject to “special administrative measures” (SAMs) in US custody or imprisoned at the “supermax” prison in Florence, Colorado, procedures reserved for high-security prisoners. The assurances were subject to change if he were to “do something” subsequently that met the US test for the imposition of the high-security measures. 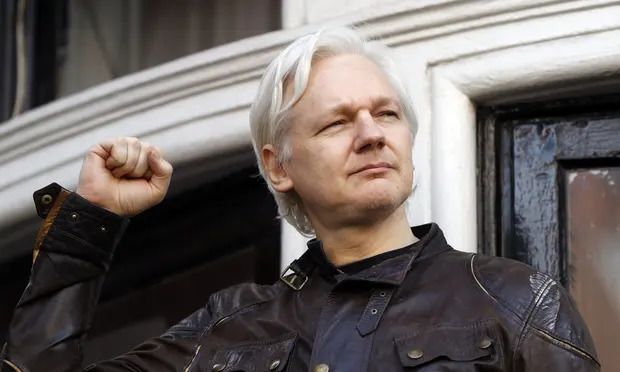 Julian Assange greets supporters outside the Ecuadorian embassy in London in 2017.

Details were contained in excerpts of the UK court ruling granting limited permission to appeal, which were released by the Crown Prosecution Service.

In January, the district judge Vanessa Baraitser ruled Assange could not be extradited because of concerns over his mental health and risk of suicide in a US prison.

Stella Moris, Assange’s fiancee, described reports about US undertakings as “grossly misleading”, adding that 80,000 prisoners in US prisons were held in solitary confinement on any given day and only a handful were held in the conditions specifically mentioned in the proposals.

“The US government also says it may change its mind if the head of the CIA advises it to do so once Julian Assange is held in US custody,” she added.

In relation to him serving jail time in Australia, she said that it had always been his right to request a prison transfer to finish serving his sentence.

“What is crucial to understand is that prisoner transfers are eligible only after all appeals have been exhausted. For the case to reach the US supreme court could easily take a decade, even two.

“What the US is proposing is a formula to keep Julian in prison effectively for the rest of his life.”

Nick Vamos, a partner at the Peters & Peters law firm and a former head of extradition at the Crown Prosecution Service, said it was “highly unusual” for the US Department of Justice to offer broader assurances to a foreign court on prisoner treatment upfront. In fact, he said it had previously refused to do so in terrorism cases.

“It’s not unusual in extradition, but it is for the Americans to give this type of assurances because their previous approach over many years has been to say, ‘the US legal system is a fair one and our prison system is capable of dealing with people with all kinds of conditions,’” he said.

While a date has yet to be set for a high court hearing in relation to the US appeal, Vamos suggested things could move “quite quickly”.

While the ruling earlier this year had gone in Assange’s favour, he added: “The difficulty he and his legal team now have is that, if the court says we are denying extradition because we are concerned about his treatment, we are worried that a, b or c might happen, and the requesting state then provides an assurance which says, ‘under no circumstance will that ever happen’, then it defeats the objection.

“There’s also a longstanding history of our courts accepting the assurances from requesting states. The question is: ‘Does the assurance address it in fact or can it be undermined by suggesting that it is not quite as good as it appears or that they will dishonour it anyway?’”