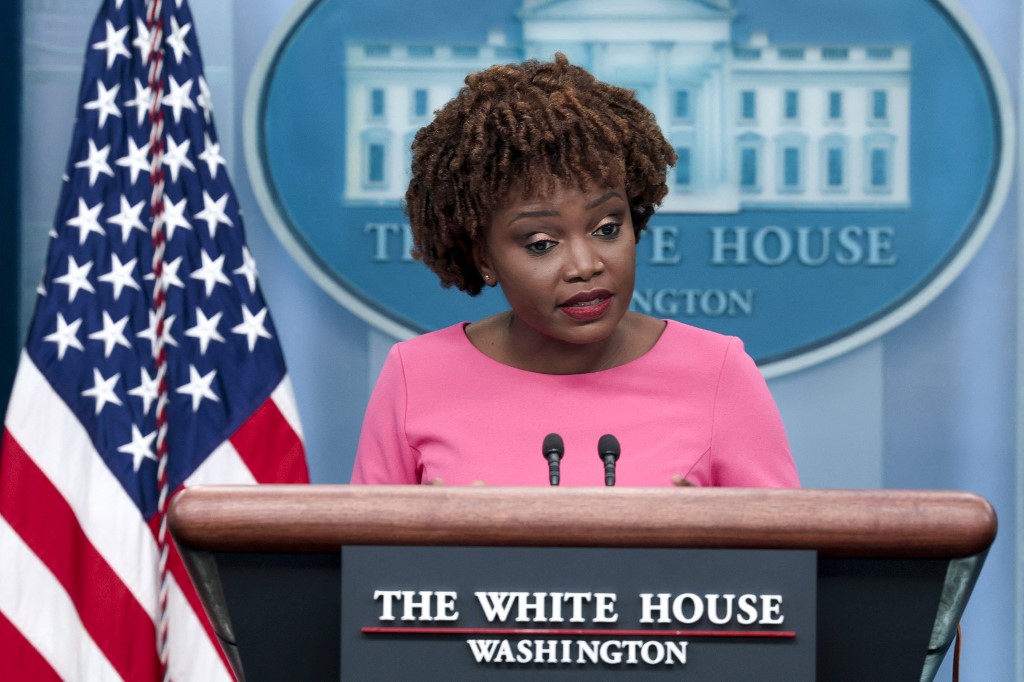 White House press secretary Karine Jean-Pierre said two senior US officials visited Saudi Arabia this week to “review engagement” on “energy security,” and not to ask for an increase in oil exports.

“Asking for oil is simply wrong. That’s the way that we see it and a misunderstanding of both the complexity of that issue as well as our multi-faceted discussions with the Saudis,” Jean-Pierre said on Thursday.

The press secretary also said OPEC+ will make its own decision as it relates to oil and added, “We are in consultation with all relevant producers about market conditions including Saudi Arabia.”

McGurk and Hochstein were in the region to follow up on conversations that include Iran’s destabilizing activities, and other regional issues, Jean-Pierre told reporters.

Oh ya 245 days ago
The US is shitting its pants because Saudi is making deals with China on selling oil in Yuan and not the USD. the petro dollar is on the way out thus the world reserve currency also. The US left 84 billion in arms behind in Afghanistan to Saudis enemy. So now Saudi knows the US is not a reliable partner.
View all comments (1)Add comment