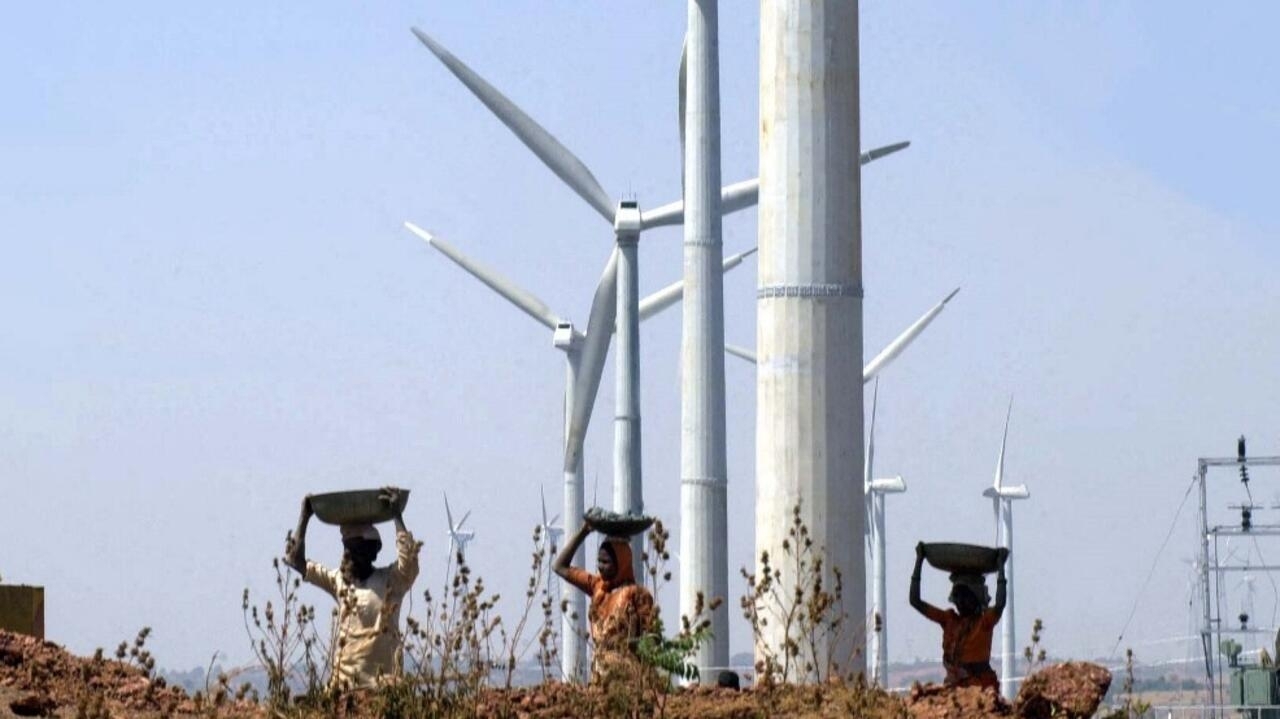 India's Gautam Adani, the richest man in Asia, made his vast fortune betting on coal. Now he's aiming to become the world's top player in renewables by 2030 and to make his country a clean energy superpower.

With six coal-fired power plants, Adani, 60, is India's largest private player in power. He invested after India liberalized its economy in the early 1990s and kicked off an energy-intensive boom.

Amid the pressure to move away from fossil fuels, Adani has already added green energy to his portfolio. Now he's pledging to invest $70 billion in renewables by 2030, which he hopes will ultimately generate more electricity than burning coal.

'One of the most ambitious targets in the world'

India is the world's third largest emitter of greenhouse gases behind China and the United States. To curb emissions, Indian officials say they want to increase the share of renewables in the nation's energy mix.

Renewables account for 22 percent of India's total installed capacity of about 357 GW. The government wants to have 175 GW of renewable-based installed power capacity by 2022, and raise it further to 500 GW by 2030.

It hopes reaching these goals will help India achieve carbon neutrality by 2070 and reduce vulnerability to external energy shocks.

"This is one of the most ambitious renewable energy targets in the world, far more than the targets set by developed countries," energy and climate change expert Chandra Bhushan told RFI.

"Overall, these targets are highly desirable, but will need major reforms in the transmission and distribution sectors and stable policies to achieve." 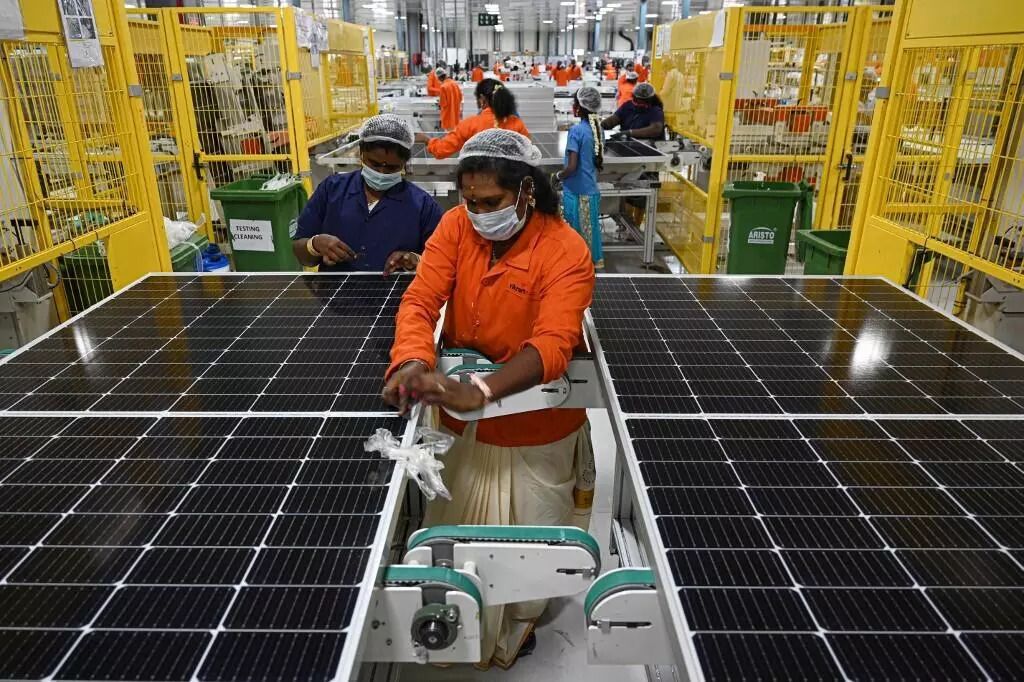 Manufacturing solar panels in in Oragadam, in the southern Indian state of Tamil Nadu.

Adani recently launched a major push for capital to finance his push for renewables, which he says is in line with India’s interests and New Delhi’s decarbonisation goals.

“We aligned our business and business ambition in line with government wishes. And because of that we always got tailwind,” Adani said in an interview with the Financial Times.

In recent months, Adani's net worth has shot up nearly 2,000 per cent to $125 billion according to Bloomberg's Billionaire Index.

Earlier this year, Adani Enterprises announced a partnership with France’s TotalEnergies with an investment of $50 billion over the next 10 years.

Green hydrogen – hydrogen produced with renewable energy – is at the centre of these plans. Countries all over the world are racing to develop the fuel, which for the time being remains costly.

Addressing the World Congress of Accountants in Mumbai in November, Adani said that India could even become a net exporter of green energy by 2050.

"Cooling the planet down will be one of the most profitable businesses and the largest of job creators over the next several decades," he said.

"I am in no doubt that India will lead the global energy transition." 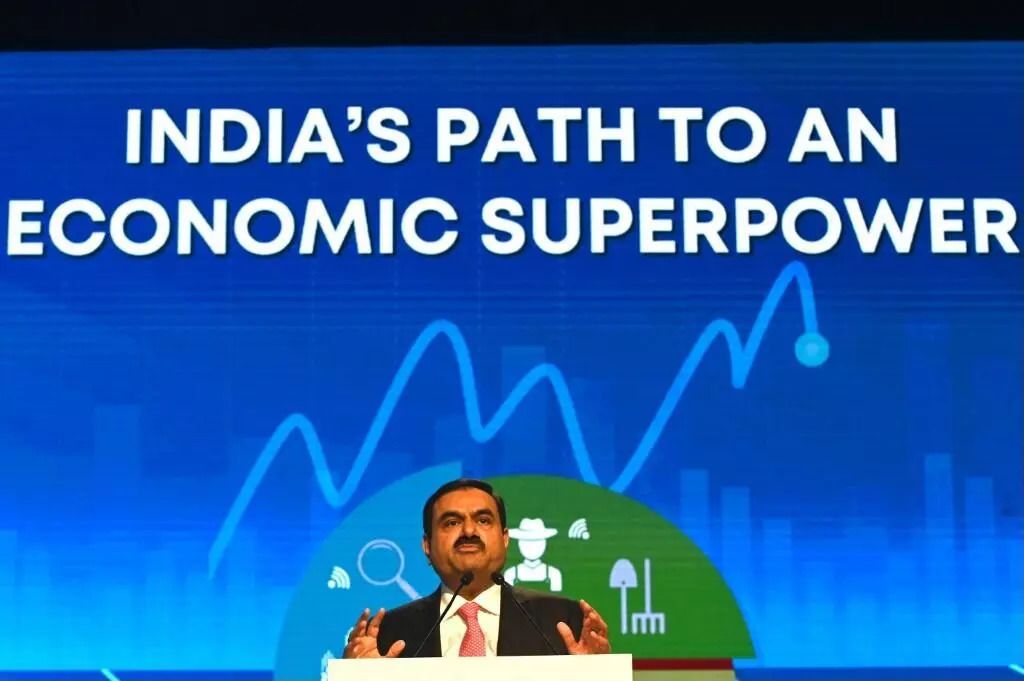 Gautam Adani speaks at the World Congress of Accountants in Mumbai on 19 November 2022.

No plans to cut out coal

Adani's renewables arm, Adani Green Energy, says it is one of the largest renewable energy companies in India to develop, build, own, operate and maintain utility-scale, grid-connected solar and wind projects.

But environmentalists worry that India's continued use of coal will hamper the global fight against climate change, despite the country's commitment to clean energy.

The fossil fuel remains central to India's plans to power its growing economy, as well as to Adani's business. The billionaire has not made any commitments to phase out coal and continues to build coal-fired power plants.

"The shift to renewable energy is not an easy transition," said Sreedhar Ramamurthi of Environics Trust, a non-profit community development outfit.

"While making targets of increasing renewable energy, the government must look into the concern that it does not harm the environment."