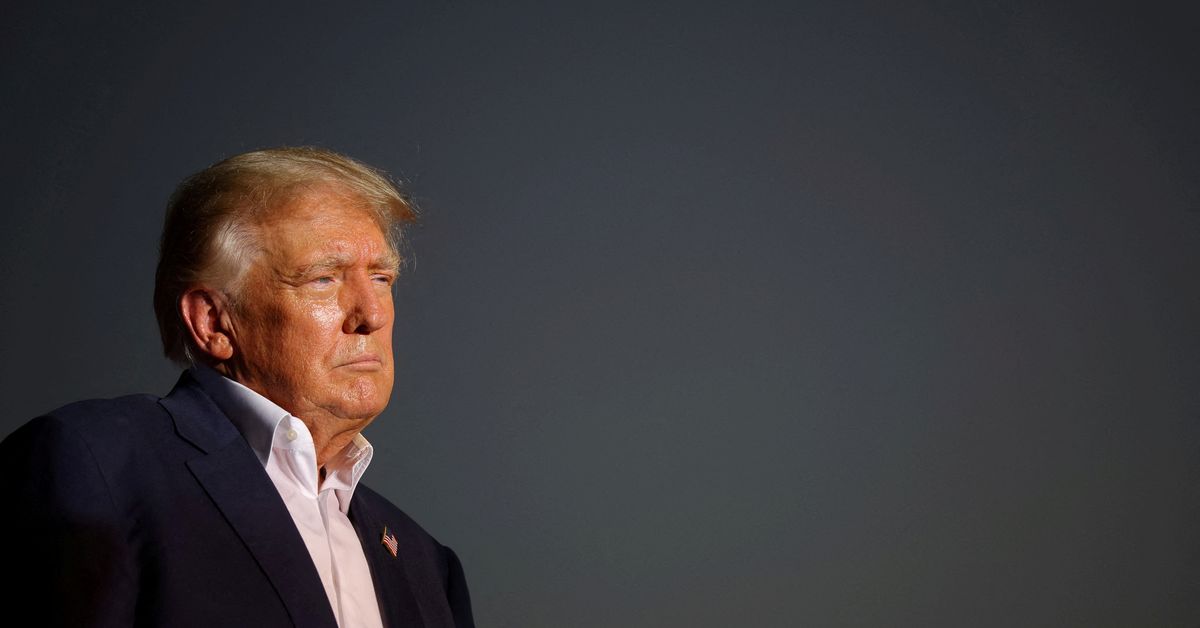 As Trump Org trial looms, lawyers to look out for 'stealth jurors'

When jury selection begins next week in the criminal trial of former U.S. President Donald Trump's company, prosecutors and the defense will likely be on alert for "stealth" jurors seeking to hide political biases in the hopes of being named to the panel, legal experts told Reuters.

The Manhattan District Attorney's Office has charged the Trump Organization with nine counts of tax fraud and other crimes for allegedly making "off the books" payments to executives since 2005, allowing employees to understate their taxable income and enabling the company to evade payroll taxes.

The company has pleaded not guilty.

Trump has not been charged in the case, but has called the allegations politically motivated. The trial comes as the former president, a Republican, is weighing another possible bid for the White House in 2024.

"It's very, very hard, especially with a name this big ... for people to be able to separate your organization from the person who it's named after," said Melissa Gomez, president of MMG Jury Consulting in Philadelphia.

During jury selection - which begins on Monday - lawyers for both sides will question prospective jurors to select a panel of 12 members and six alternates. While jurors cannot be excluded for simply holding certain political views or expressing disapproval of Trump, experts said the lawyers will aim to remove jurors who cannot be fair and impartial.

Experts said they expect the defense to look out for so-called "stealth jurors" who do not answer questions about their views honestly in the hopes of being chosen. Partisan Democrats who hope that a guilty verdict could hurt Trump's political prospects may be particularly motivated to hide the intensity of their views to get on the panel, Gomez said.

"Because of the social and societal implications - and particularly because this could be one of the first steps in ensuring that Donald Trump cannot run in the future - there's a high risk of a stealth juror," Gomez said.

Similarly, Gomez said the government will look to weed out strongly pro-Trump jurors who are unable to put those views aside. Such prospective jurors are likely to be vastly outnumbered: Democratic President Joe Biden won 86% of the vote in Manhattan in the 2020 election, according to New York State data.

However, a guilty verdict must be unanimous, which means one juror unwilling to convict the Trump Organization would upend the government's case.

During a discussion about jury selection at a Sept. 12 court hearing before Judge Juan Merchan, Trump Organization lawyer Susan Necheles said she wanted to ensure that any jurors were excused if they said, "I hate former President Trump. I would always vote to convict."

Joshua Steinglass, an assistant district attorney, said his office shared the same concerns "in terms of who we are trying to prevent from being on the jury.

Neither the district attorney's office nor the Trump Organization's lawyers responded to requests for comment.

The trial comes as the former U.S. president's legal woes are mounting. He faces a civil lawsuit brought by New York State's attorney general for allegedly overstating his net worth and the value of his real estate assets, a federal probe into the removal of government documents from the White House when he left office and a defamation lawsuit brought by a writer who has accused him of raping her.

Lawyers for the Trump Organization have claimed the Manhattan district attorney's case is a "selective prosecution" based on animosity toward Trump's political views, though the judge overseeing it has rejected that argument.

Both Manhattan District Attorney Alvin Bragg and his predecessor Cyrus Vance, who began the investigation, are Democrats.

Lawyers for the defense will likely conduct "deep scours of internet research" and review jurors' social media profiles to make sure jurors who said they could be fair have not expressed a disqualifying level of antipathy to Trump online, said Christina Marinakis, director for jury research at Litigation Insights in Baltimore

"There is some degree of due diligence that needs to be done to look at whether people are posting things online against your client, or that may be not consistent with what they're saying in court," Marinakis said.