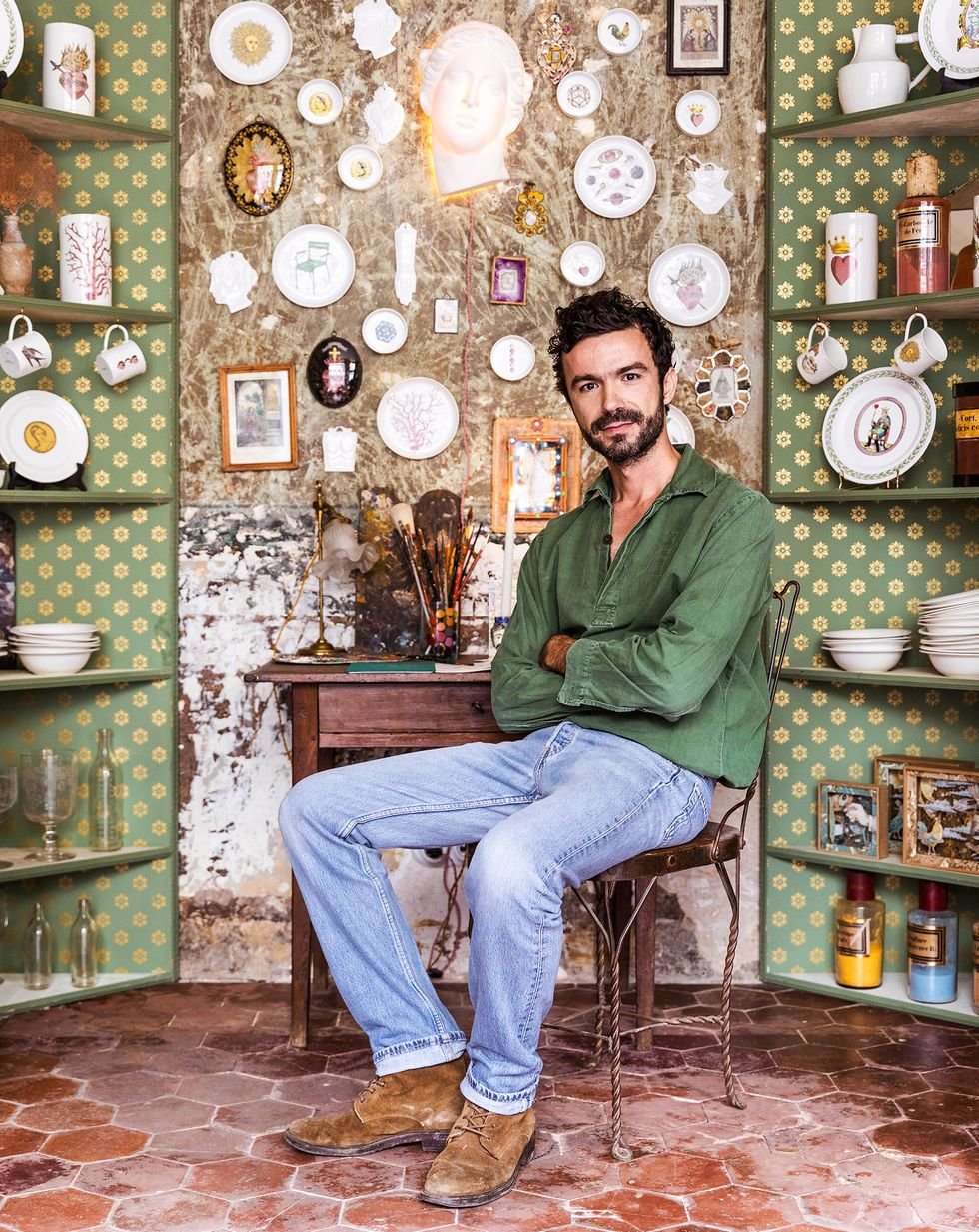 Artist and Designer Marin Montagut Sets Up Shop in Paris

His new Left Bank boutique, near the Luxembourg Gardens, is a magical delight for design lovers.

With its emerald-green facade, striped awning, and rooms lined with 1940s oak shelving, the Parisian artist and designer Marin Montagut’s new Left Bank boutique is the perfect introduction to his whimsical world. Inside, the sage-hued walls encompass a veritable garden of delights-from porcelain plates embellished with Montagut’s watercolor illustrations of French gardens and tarot-card motifs, to silk scarves imprinted with his signature maps of Parisian neighborhoods and parks, to glassware hand-painted with images of chairs or flowers.

Certainly, there is no greater embodiment of the bohemian Parisian than Montagut himself. Clad in his uniform of striped marinière shirt, blue worker’s jacket, and faded jeans, the artist can be spotted cruising around town on his navy Vespa as he navigates from his production studio in Montmartre to his apartment in the 11th arrondissement to his shop on rue Madame. Born in Toulouse, he was reared in a family of antiques dealers and worked for the French decorator Christian Sapet, whose 20th-century vintage shop in the Saint-Ouen flea market is a must-stop for everyone from designers to movie set decorators. It was there that he met style icon Ines de la Fressange, a friend of Sapet’s and a weekend antiquer. “I learned very quickly that Marin had many talents!” says de la Fressange, who teamed up with the artist on several projects, most recently their best-selling book Maison: Parisian Chic at Home. “Even then, he had an astonishing eye.” 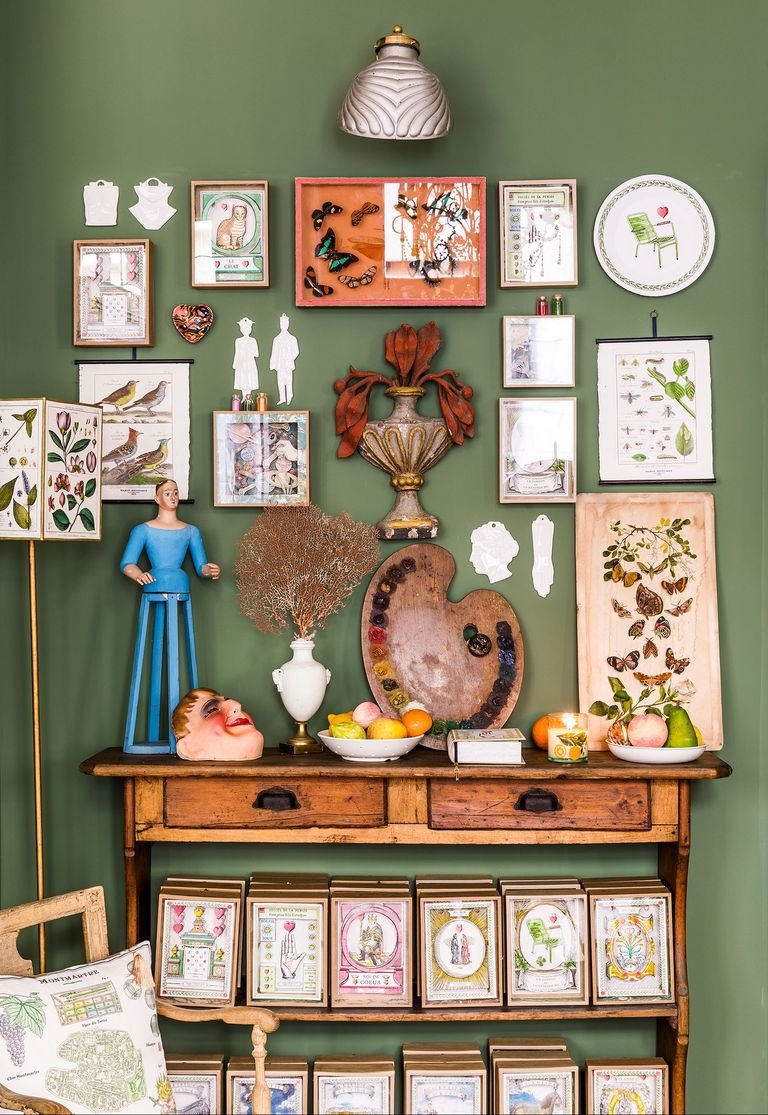 Several years ago, Montagut, who is self-taught as an artist, began to develop his burgeoning lifestyle brand. He started with hand-painted goods, such as botanical wall hangings and prints, and created his eye-catching Bonjour city map-guides, a series of illustrated pocket guides to his favorite old-world addresses in New York, London, and Paris, which he initially sold on his website and in select specialty stores. His playful aesthetic quickly earned attention from brands and cultural institutions, and soon he was designing products for a range of clients: printed guides for the Château de Versailles, wallpaper for Pierre Frey inspired by 18th-century engravings, and cashmere throws and pillows for Saved NY. When it came time to open a corner at Le Bon Marché, the Parisian department store, Montagut expanded his collection with everything from dishware to embroidered cushions. 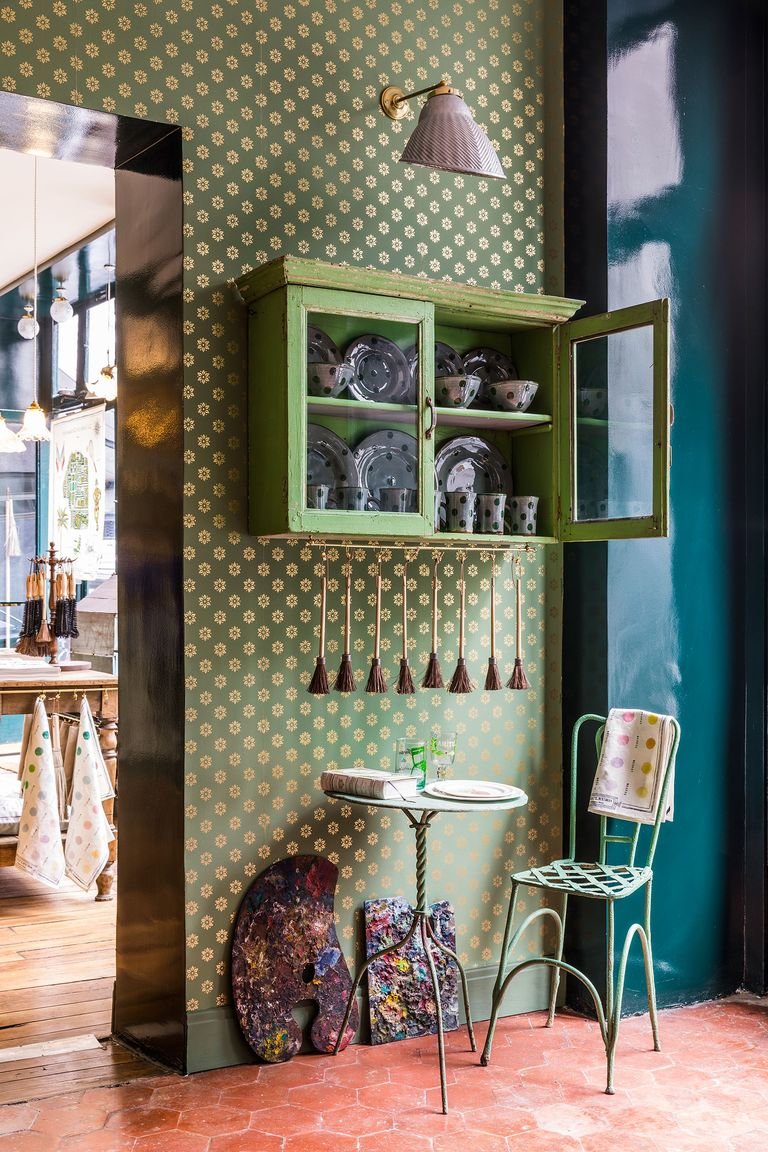 This year, Montagut finally felt ready to open a storefront to feature his designs, along with antique finds and travel ephemera. He found the perfect space in a late-19th-century building near the Luxembourg Gardens: a family-owned former tapestry workshop. The location presented something of a boyhood dream; the park’s vintage pond boats, iconic armchairs, and varied flora were among his earliest inspirations. 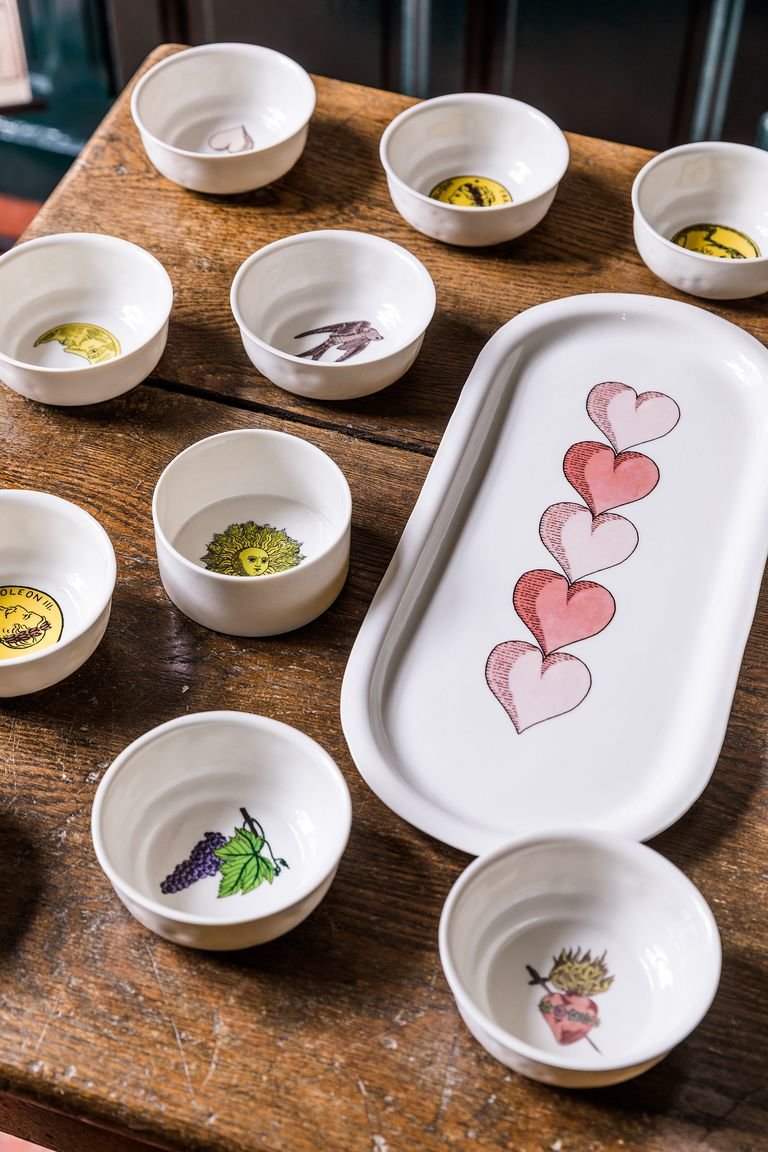 While it’s tempting to classify Montagut’s shop as a cabinet of curiosities-as many do-it’s much too prosaic for a curation that is both poetic and considered. The artist’s playful blend of old French style and modern bohemianism is distinctly his own. “I wanted this shop to be an extension of my two homes,” Montagut says. To that end, he sourced the decor-rustic wood shelving, tulip light fixtures with an air of miniskirts, and wooden display cases-precisely as he had for his Paris apartment and the cottage workshop he maintains in Normandy: by traversing France’s many antiques markets. “It’s not enough to just appear old,” he says. “Everything is in the details for me.”

With the help of the architect Giovanna de Bosredon of Auguri Studio, he was able to preserve the original parquet and terra-cotta floor tiles and divide the space into three rooms. Illustration, the core of his work, feeds into a host of artistic decorative objects for the home. Porcelain ex-votos, throws, and papier-mâché boxes sit side by side with vintage Flemish table bells, apothecary jars, and his signature Sicilian lemon candles. The middle room, nicknamed the “boudoir,” is accented with his impeccably styled throw pillows, framed Deyrolle butterflies, and a striking 1950s globe—the only treasure in the shop that is not for sale. 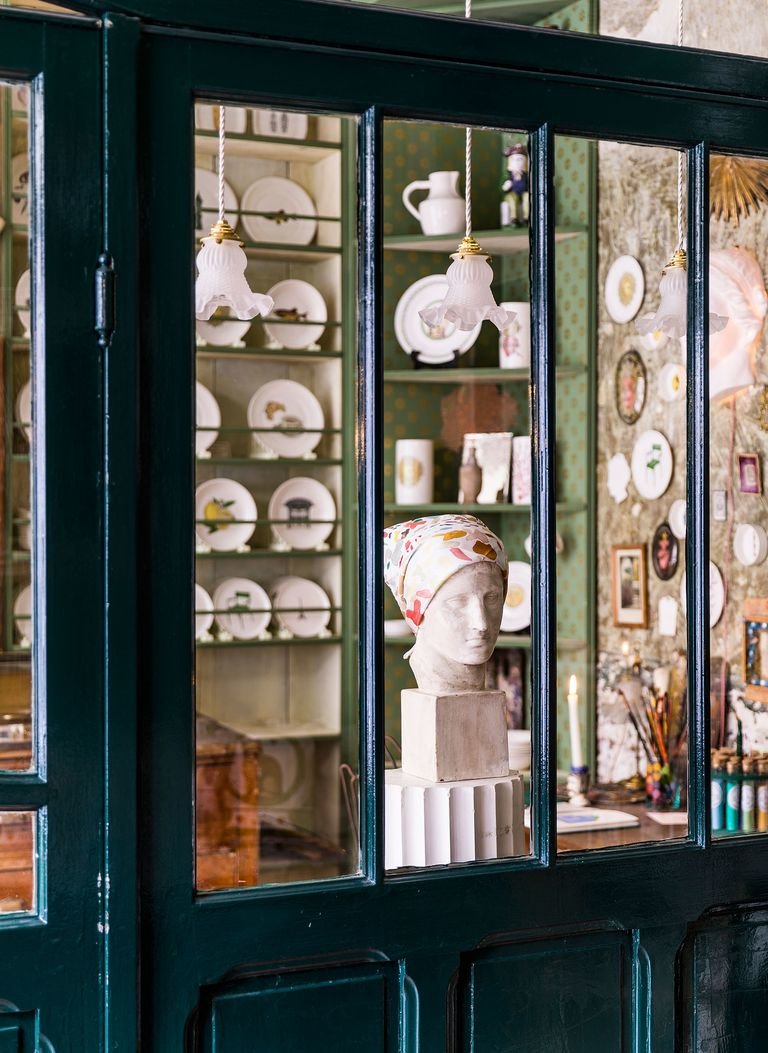 The artist’s preferred room comes last. Here, a massive buffet is stocked high with his newest collection of tableware and glassware. Meanwhile, the painter’s desk in the corner—a re-creation of his workspace dressed up with pigments, brushes, and accessories to personalize pieces for clients—invites a moment of pause. “I want people to forget what’s going on in the world while they’re here,” Montagut says, as he carefully wraps a dish in his namesake tissue paper. “I want time to stop.”