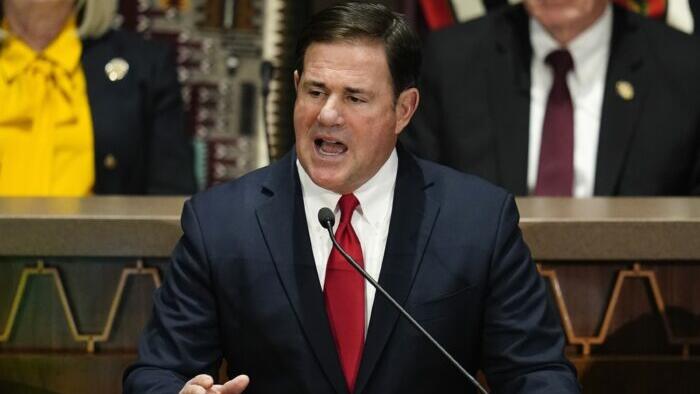 The Arizona Legislature passed a bill this week that would ensure only U.S. citizens with proof of identification are eligible to register to vote in the state.

Under House Bill 2492, Arizona voters would be required to provide proof of citizenship on voter registration forms.

The state Senate passed the bill March 23 in a 16–12 vote, with 12 Democrats voting against the bill and two others—Democratic Sens. Lela Alston and Juan Mendez—opting not to vote. The state House already passed the bill, which now heads to Republican Gov. Doug Ducey’s desk to be signed into state law.

The bill requires that every voter is a citizen of the United States and is able to provide satisfactory evidence as such. The legislation states that the county recorder or other officer in charge of elections must reject any application for registration that is not accompanied by satisfactory evidence of citizenship.

“The Attorney General shall prosecute individuals who are found to not be United States citizens,” the bill states, referring to non-citizens who attempt to register to vote.

Democrats say the measure is part of an effort to suppress voting in the battleground state.

Arizona’s Secretary of State Katie Hobbs called on Ducey to veto the bill, saying in a Twitter post that it “creates new, unnecessary barriers for people registering to vote.”

“The issue is making sure the citizens of our country are voting … and if you’re not a citizen of this country, you’re not allowed to vote,” he said.

Republican Rep. Jake Hoffman, who sponsored the bill, told the Arizona Daily Independent in February 2022 that the bill is to ensure that only U.S. citizens are able to vote in U.S. elections.

“Non-citizens should never be allowed to vote in American elections, yet shockingly nearly 12,000 people voted in the 2020 general election for federal office without any proof of U.S. citizenship,” he said.

“Republicans at the Capitol are fighting like hell to protect the integrity of Arizona’s elections with bills like HB2492, so that voters can have confidence that every legally cast ballot matters,” added Hoffman.

Hoffman also said that the number of people using the federal form without providing proof of citizenship had jumped between 2018 and 2020.

“So clearly this is a trend that is increasing,” Hoffman said. “This bill ensures that there is maximum flexibility to provide documentary proof of citizenship, but we don’t want foreign interference in our elections.”

The Epoch Times has reached out to Ducey’s office for comment.