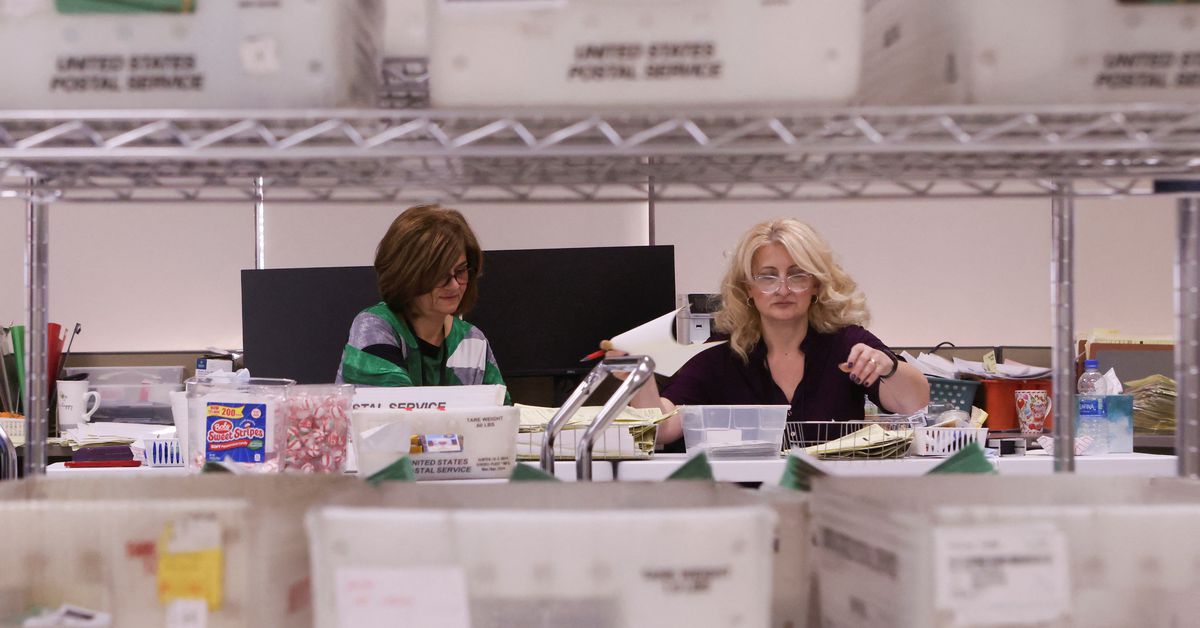 Arizona Republican Attorney General Mark Brnovich's office has demanded that Maricopa County officials provide a report on the voting machine problems that caused some delays in the battleground state during this month's midterm elections.
A letter dated Saturday by Assistant Attorney General Jennifer Wright calls for county officials to report by Nov. 28 on the specific problems related to the printers at each location as well on how poll workers were trained.

The problems with the machines on Nov. 8 were seized upon by Republican former President Donald Trump and his followers, who claimed without evidence that it was a sign of election fraud.

About 20% of electronic vote tabulation machines in Maricopa, the state's most populous county, malfunctioned for a few hours on Election Day and technicians were deployed to fix them, Maricopa County Recorder Stephen Richer said at the time.

A judge in Maricopa County rejected a Republican request to keep polls open past their usual closing time of 7 p.m., saying Republicans had provided no evidence that a voter was unable to cast a ballot because of the machine problems.

Lake has yet to concede and continues to make unsubstantiated claims about election improprieties on her Twitter feed.
#Donald Trump
Add Comment