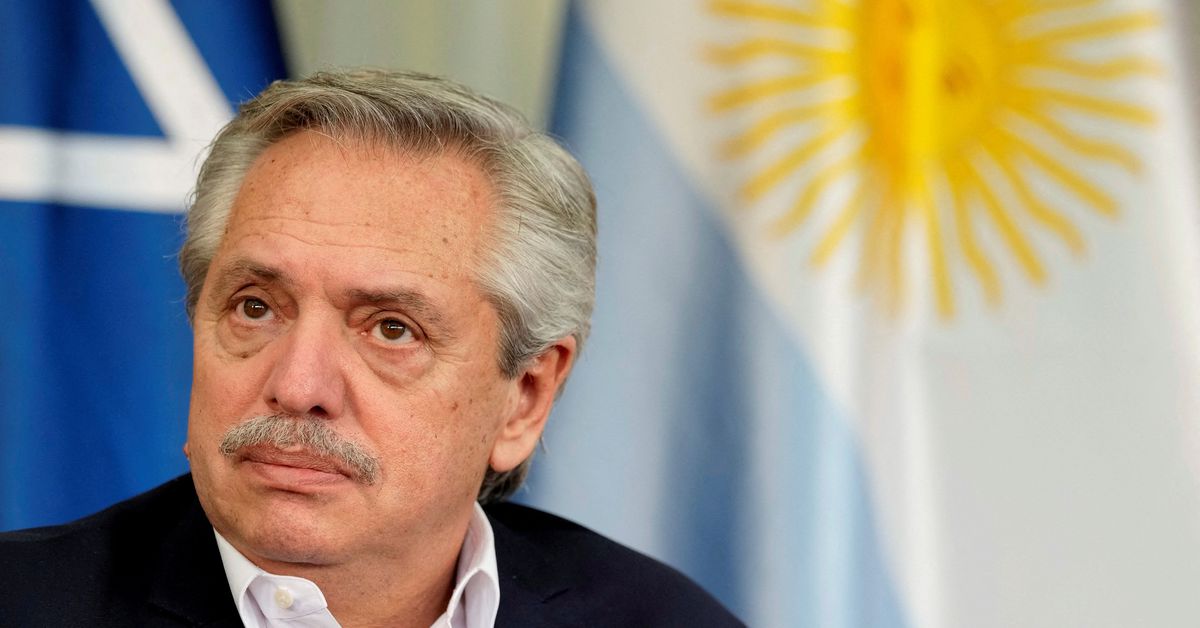 Fernandez held meetings all day, including with his powerful and divisive vice president, Cristina Fernandez de Kirchner, as he raced to find a new economy chiefafter the shock exit of Guzman, a key ally, shook his center-left government.

Presidential spokesman Gabriela Cerruti announced that Fernandez had appointed Batakis to the role. She had been economy minister for the key province of Buenos Aires from 2011 to 2015 and had been leading a government secretariat.

Guzman, 39, submitted his resignation late on Saturday amid rising tensions within the ruling Peronist coalition over how to handle economic crises that have been exacerbated by Russia's invasion of Ukraine and sky-high inflation.

The shock exit has brought deep-seated splits in the government to the surface, with a more militant wing around Fernandez de Kirchner appearing to land a blow on the more moderate wing over economic plans.

"We are facing a complex political crisis, deepened by the fight for power," said Rosendo Fraga, a political analyst.

Guzman, a moderate had who served since 2019, was the driving force behind major debt restructurings with creditors. He was also key to sealing a $44 billion deal with the International Monetary Fund (IMF) this year to replace a failed 2018 program with the global lender.

A source at the presidential palace said the President and Vice President, who have not always seen eye-to-eye in recent months, had held a "friendly" dialogue, helping them come to an agreement over who should lead the economy ministry.

Batakis, who is more closely allied with Fernandez de Kirchner's wing, will be key in shaping economic policy over a tightly controlled foreign exchange market, ongoing debt deals and trade. Argentina is a major exporter of soy, wheat and corn.

Goldman Sachs analyst Alberto Ramos said the departure of Guzman was a political blow to Fernandez, already facing slumping support in opinion polls ahead of elections next year, and may compromise the relationship with the IMF.

"A politically weaker and unpopular presidency would increase the risk that macro policy could turn more heterodox and interventionist," he wrote in a note, adding that foreign exchange and other local markets would likely remain under pressure.

Guzman had come under fire from the militant wing of the ruling coalition around Fernandez de Kirchner, which has been pushing for more state spending to support hard-hit Argentines.

He had been balancing that pressure with the need to cut a deep fiscal deficit, which had become tougher amid soaring energy import costs that have hit foreign-currency reserves.

Economist Joseph Stiglitz, Guzman's mentor and a close ally, said the minister had done a strong job to resolve a debt crisis left by the previous government and revive growth after the pandemic, but splits in the government had made things untenable.

"His deep principles made it impossible for him to continue in office without a commitment of the government to a united, integrated and coordinated approach to the enormous challenges facing the economy," Stiglitz said.