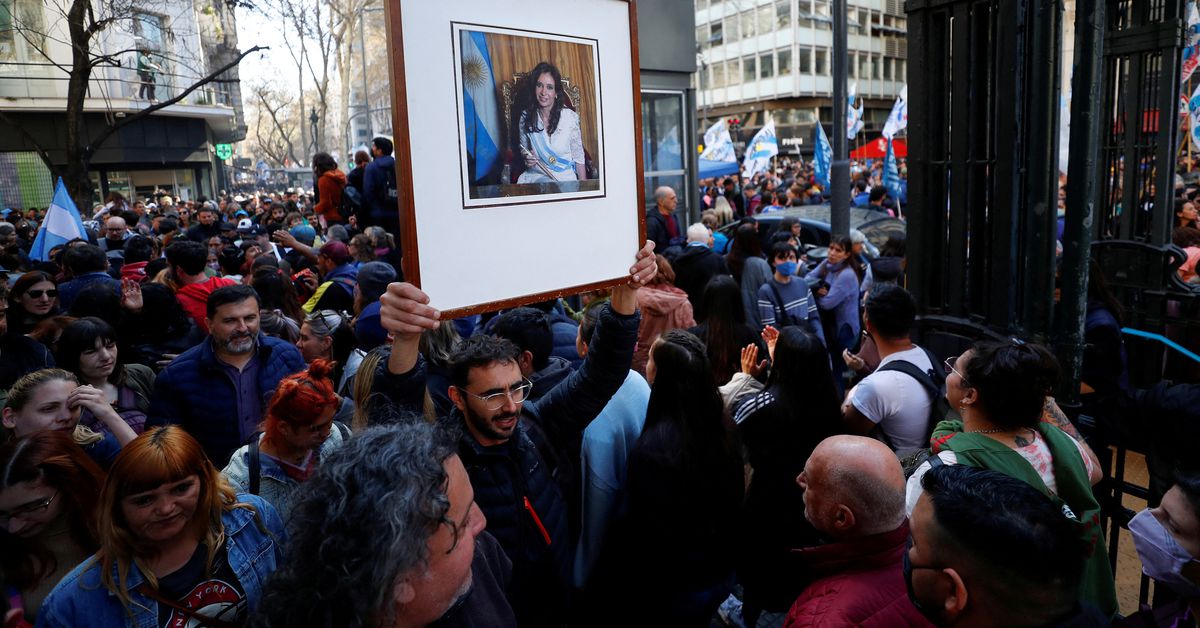 Argentines took to the streets of Buenos Aires on Friday in a show of solidarity against an apparent failed assassination attempt on powerful Vice President Cristina Fernandez de Kirchner, which has shocked the South American country.

An assailant pointed a loaded gun from close range at Fernandez de Kirchner outside her Buenos Aires home where crowds had gathered on Thursday night, but it failed to discharge. Authorities have yet to ascertain a motive for the attack.

Political leaders around the region, U.S. officials and Argentine Pope Francis all condemned the attack, which happened amid acute political tensions as the country sinks deeper into an economic crisis driven by runaway debt and inflation.

Mexico's leftist President Andres Manuel Lopez Obrador said the attack was "deplorable" and that Fernandez de Kirchner was lucky to be alive."I'd say its miraculous," he said.

Fernandez de Kirchner, a divisive figure who is arguably Argentina's most powerful political operator, is facing potential corruption charges linked to an alleged scheme to divert public funds while president between 2007 and 2015. A prosecutor in recent weeks called for a 12-year prison sentence.

She denies wrongdoing and her supporters have rallied in the streets and gathered daily outside her residence, criticizing the judiciary and conservative opposition for leading what they say is a witch hunt against her.

President Alberto Fernandez's office has called for an end to a "rhetoric of hate," and the president said the attack was the worst since the country returned to democracy decades ago.

The attack was streamed into households across the country via live TV images that showed the gun being pushed towards Fernandez de Kirchner's face, before she crouched down and covered her face with her hands. Supporters outside her house then bundled a man away.

Oscar Parrilli, a senator with the ruling coalition close to the vice president, told local radio she was in shock but okay. "Luckily, she has her spirit intact," he said.

Police arrested a suspect who they named as Fernando Andrés Sabag Montiel, a 35-year-old Brazilian.

Local newspaper La Nacion, citing police sources, said that Montiel had been working as a driver and renting rooms in the Villa Zagala neighborhood of Buenos Aires. Police found 100 bullets when they raided the property, the newspaper said.

"Luckily the bullet didn't come out because the consequences could have been much worse," said Florencia Suera, a 22-year-old worker in Buenos Aires.

Oscar Delupi, 64, a railway worker in the capital, blamed political divisions for triggering the violence.

"It's crazy, society has already lost its temper a little, the message of hate... is becoming more and more fierce in those weak-minded people who opt for a crazy thing like an attack," he said.