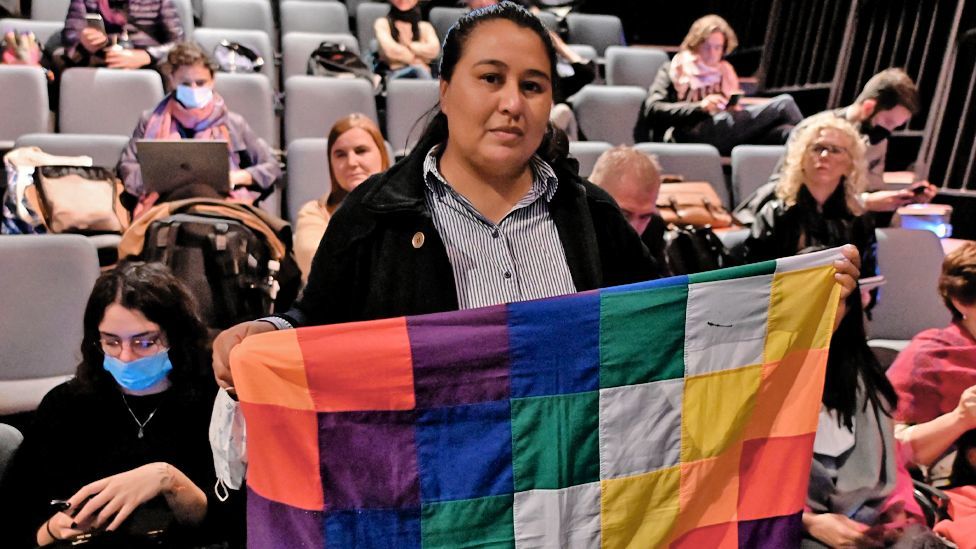 A landmark criminal trial in Argentina has found the state guilty of the massacre of more than 400 indigenous people nearly a century ago.
The Qom and Moqoit communities had been protesting inhumane living and working conditions on a cotton plantation when authorities shot them dead in 1924.

Until now, no responsibility had ever been officially acknowledged.

A judge has now ordered historical reparations to be awarded to the communities.

The Qom and Moqoit peoples in Argentina's northern Chaco region were living partly-enslaved on a plantation settled by immigrant farmers from Europe.

They were underfed, paid with vouchers, taxed for the cotton they harvested and were mostly denied the freedom of movement, the Buenos Aires Times reports, citing court documents.

According to survivor accounts, many children and elderly people died in the massacre, AFP reports. And those who were wounded and could not escape were killed "in the cruellest form possible with mutilations and burials in common graves," Judge Zunilda Niremperger said.

A federal judge had previously ruled the mass killings a crime against humanity, but no criminal trial had ever been held because the defendants had already died.

But on Thursday, after a month of hearings, a guilty verdict was delivered.

"The massacre provoked grave consequences, [those people] suffered the trauma of terror and were uprooted with the loss of their language and their culture," Judge Niremperger is quoted as saying in the Buenos Aires Times.

The reparations ordered by the judge include the massacre being added to Argentina's school syllabus and continuing forensic efforts to find the victims' remains. No financial reparations were sought.

Reacting to the ruling, Raquel Esquivel, a descendant of the Qom community, told AFP it was high time that "indigenous voices are heard" and that "the truth be told".

The BBC's South America correspondent Katy Watson said this is the first trial of its kind in Latin America, and could pave the way for more cases which recognise crimes committed against indigenous communities across the region.
Add Comment