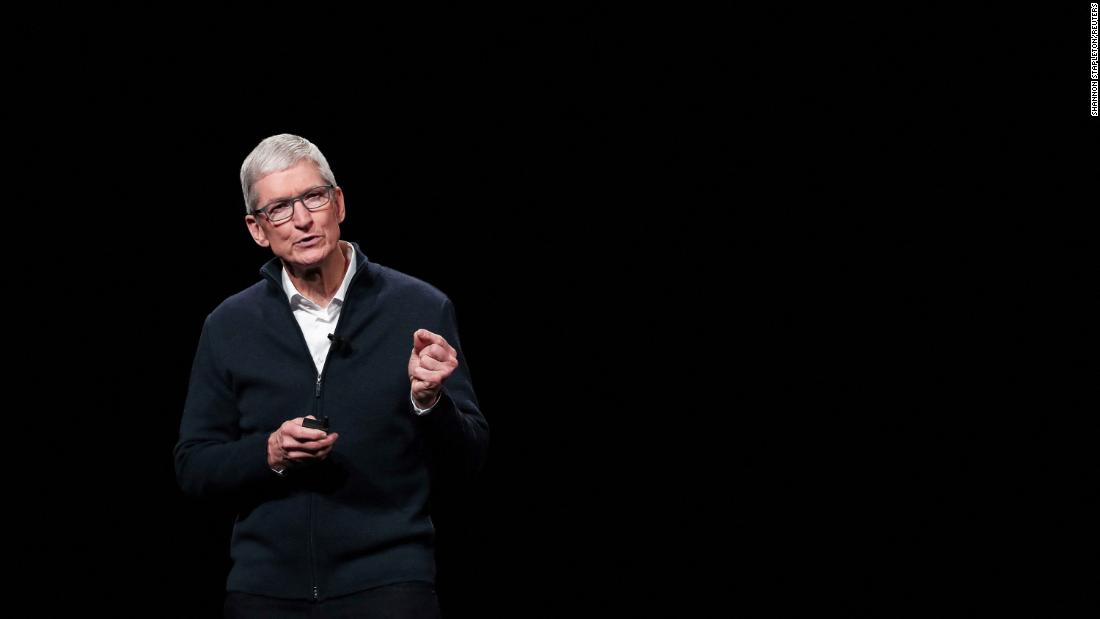 Apple CEO Tim Cook blasted regulatory proposals by Congress and in the European Union on Tuesday, arguing that legislation aimed at cracking open the company's app store will hurt user security and privacy.
The remarks show how Apple (AAPL) is bringing out its heaviest hitters in opposing government policies that could let iPhone users install apps from non-official sources.

"We are deeply concerned about regulations that would undermine privacy and security in service of some other aim," Cook said in a speech to the International Association of Privacy Professionals. "Here in Washington and elsewhere, policymakers are taking steps, in the name of competition, that would force Apple to let apps onto iPhone that circumvent the App Store through a process called sideloading."

"But," Cook added, "if we are forced to let unvetted apps onto iPhone, the unintended consequences will be profound,"

Apple has long argued that its rigorous platform policies and strict oversight of app makers ensure that iOS apps are safe and trustworthy. But critics of Apple, including numerous app developers, say Apple's policies are draconian, mandate exorbitant fees and allow Apple to maintain exclusive control over the iOS ecosystem to the detriment of competition.

Cook, for his part, said Tuesday that the proposed regulations would work against competition by effectively removing people's ability to choose a more secure and privacy-protecting platform. As some app-makers may move to host their apps on less scrupulous app stores, Cook claimed, the overall result would be a weakening of consumer privacy and security.

"When companies decide to leave the App Store because they want to exploit user data, it could put significant pressure on people to engage with alternate app stores," he said. "App stores where their privacy and security may not be protected."
Add Comment