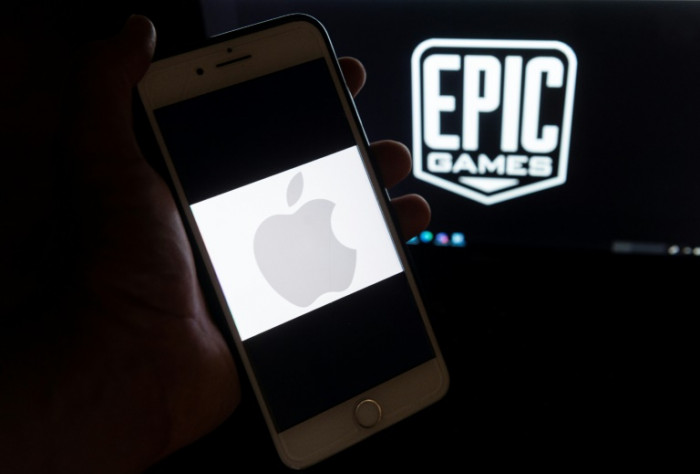 While Apple chief Tim Cook touts the brand's App Store as an economic miracle, Fortnite-maker Epic Games says developers suffer under its tyranny.
The online shop -- the only way software apps can get onto iPhones or other Apple mobile devices -- is at the heart of a trial opening Monday in a federal court across the bay from San Francisco.

Apple opened its App Store in July 2008, a year after the release of the first iPhone.

It ignited an entire economy where developers big or small could make money with "an app for that," from games or social networking to summoning car rides or ordering food.

Apps are only allowed onto Apple mobile devices through the App Store, which requires them to abide by rules for privacy and security.

The App Store -- the lone gateway onto the more than one billion iPhones in use around the world -- has grown to include more than 1.8 million apps.

Hundreds of billions of dollars in transactions take place at the App Store each year in what Apple chief Cook has called an "economic miracle."

Apple takes a commission of as much as 30% of financial transactions at the App Store, where most apps can be downloaded for free.

In January, Apple reduced its commission to 15% for newcomers and developers making less than a million dollars annually.

Apple had already cut its 30% commission in half in the case of paid subscriptions after the first year.

Some services such as music-streamer Spotify have tried to coax aspiring subscribers to avoid using the App Store. While popular services such as Netflix can rely on people doing business at their own websites, small developers lack that kind of draw.

Amazon was a rare exception, negotiating a special deal at the App Store for subscriptions to its Prime streaming television service.

Epic Games was booted from the App Store last year after it triggered an update in its Fortnite game that bypassed the Apple payment system that collects commissions.

Epic filed a lawsuit in US federal court against Apple, accusing the iPhone maker of monopolistic behavior due to its tight control of the App Store and collection of a "tax."

Apple countered that the commission reflects industry norms and amounts to fair compensation for providing a secure online shop that spans the world.

Spotify has argued that Apple gives its own music service advantage in the shop.

On Friday, the European Union formally accused Apple of using the App Store to unfairly squeeze out music-streaming rivals in one of the biggest-ever competition cases to hit the iPhone maker.

The charge sheet lands as Apple faces a rebellion from firms that want to break free of its store's strict terms and fees, while authorities in the US, Russia, Britain and South Korea are also circling the world's biggest company.

Facebook is among the App Store critics, saying new rules, which block the tracking of users' online activity for ad targeting without express permission, is an abuse of its power.