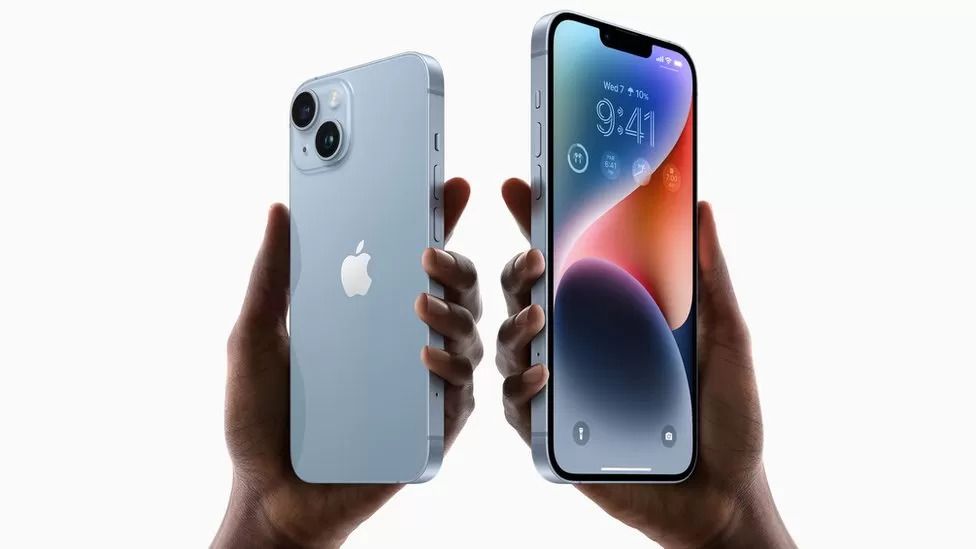 Last week, Apple announced plans to make its latest phone model - iPhone 14 - in India, a significant milestone in the company's strategy to diversify manufacturing outside of China.

Five percent of iPhone 14 production is expected to shift to the country this year, much sooner than analysts had anticipated.

By 2025, a quarter of all iPhones the company makes could be produced in India, say analysts at investment bank JP Morgan.

Apple has been manufacturing iPhones in the southern Indian state of Tamil Nadu since 2017.

But the decision to make their flagship model in India is a noteworthy step as trade tensions between Beijing and Washington show no signs of letting up.

The move also assumes significance in the backdrop of the global supply chain "de-risking" which is underway because of China's "zero-Covid" policy. 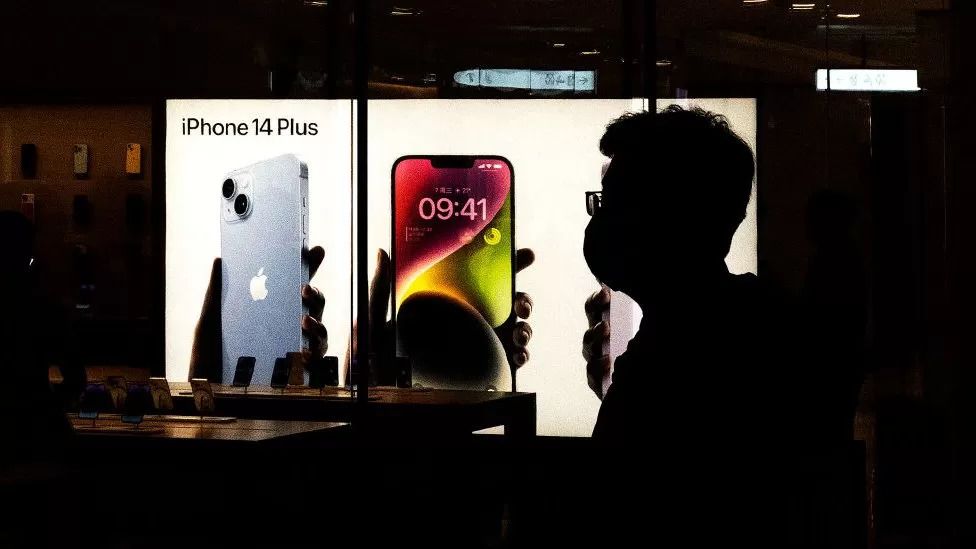 As a result, global firms are increasingly adopting a "plus one" strategy - or avoiding investing in China alone - to re-orient their supply chains.

"Companies are no longer willing to sit and wait for a policy change in China, or put their eggs in one basket for their sourcing needs," Oscar De Bok, CEO of logistics company DHL's supply chain business, told the BBC.

"They want to make sure they have two or three alternatives," said Mr De Bok, adding that this trend towards "omni-sourcing" had clear beneficiaries in countries like India, Vietnam and Mexico.

Mr De Bok was in India's financial capital Mumbai to announce a €500mn ($49mn; £43mn) investment to double DHL's warehousing capacity and headcount in the next five years.

He said this commitment was driven, in part, by the growth of foreign investment in sectors such as manufacturing and electronics where Prime Minister Narendra Modi's government has been offering financial incentives to companies that are keen on making India their production hub.

As part of this production-linked incentives (PLI) scheme, mining conglomerate Vedanta Resources has also earmarked investments of close to $20bn (£17bn) to set up a semiconductor plant in India in collaboration with the Taiwanese electronics manufacturing giant Foxconn.

Anil Agarwal, Chairman of Vedanta Resources, said last month that the world was looking to adopt a "china plus one" strategy and that "India is clearly in a sweet spot".

India, which is Asia's third largest economy, has been working hard to position itself as an attractive manufacturing and exports hub for multinationals.

It has a large domestic market and plentiful low-cost talent.

With a GDP growth in the range of 6-7%, and headline inflation that's more modest than in many other parts of the world, India has been one of the better performing major economies this year.

It's merchandise exports crossed the $400bn mark after stagnating at the $300bn ballpark for nearly a decade. 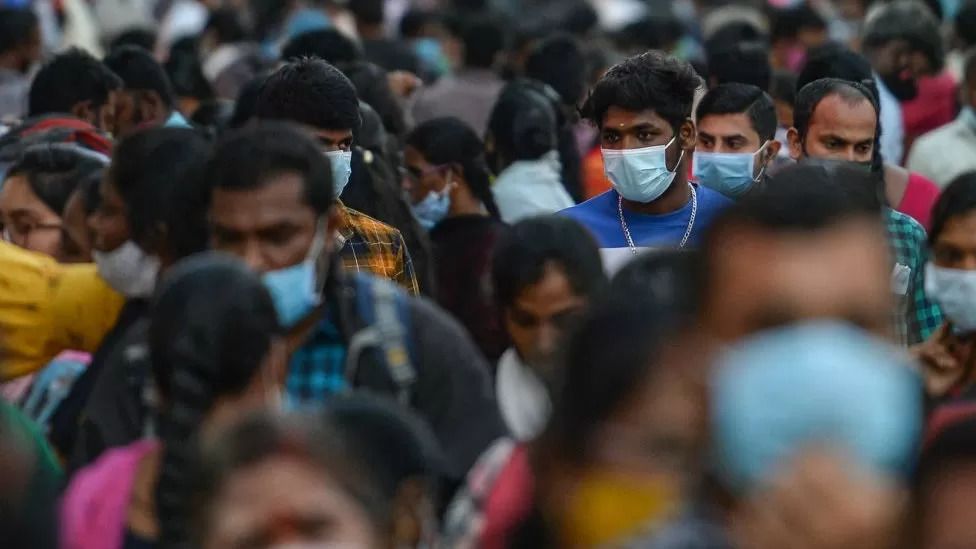 Asia has a surplus of low-cost talent

Besides fiscal sops, Mr Modi's administration has also been giving a major push to bilateral trade pacts in a bid to integrate India more deeply into global supply chains and rejig its image as a notoriously slow negotiating partner.

Businesses have welcomed these initiatives.

But India's approach to trade liberalisation, experts say, has been one step forward three steps back.

The rush to sign free trade agreements to improve market access and reduce tariffs has been accompanied by rallying cries of self-reliance and duties going up on at least 3000 items, many of them on critical inputs in manufacturing processes.

Privately, many foreign companies also complain about the lack of a level playing field and growing protectionism.

"Apple is certainly a success story so far but making India a manufacturing hub will require not just big-ticket headline grabbing investments but also a supportive ecosystem for SMEs [Small and Medium Enterprises]," says Mihir Sharma, Director at the Observer Research Foundation (ORF).

"It is too early to tell if all these investments will be made at scale, and whether they will be sustainable over time." 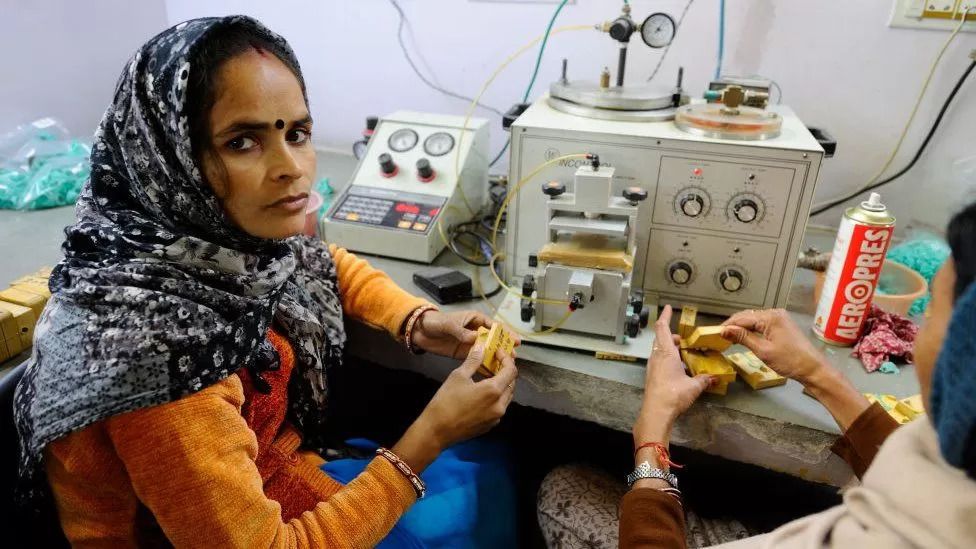 Small and medium-sized enterprises are the backbone of India's economy

According to Mr Sharma, SMEs - which employ a bulk of India's workforce - have been largely left out of Mr Modi's fiscal incentives scheme.

"Barring textiles and apparel, the scheme doesn't cover other labour-intensive manufacturing industries which could enable India to meaningfully leverage the plus-one strategy of export-led growth and create jobs for the 12mn Indians joining the workforce every year," he says.

Mr Sharma adds that India will need to upskill its workforce and create "a more welcoming business climate" to be able to compete with other Asian economies.

Thailand, Vietnam and South Korea - all stand significantly above India in the World Bank's Ease of Doing Business rankings. Vietnam has also created a 2030 master plan to build an integrated infrastructure corridor critical for mass manufacturing.

But despite these timeworn challenges, India is in a better position than ever before to leverage this "historic opportunity", says Alex Capri, Research Fellow at the Hinrich Foundation.

He says that certain "key concentrated nodes" in India - southern states such as Tamil Nadu, Telangana, and the National Capital Region in the north - are well poised to develop a critical mass in manufacturing, as the US and its allies decouple from China.

This is likely to unleash an era of competitive federalism among the states.

India could also benefit from Taiwanese tech companies moving capacity to the country under "friend-shoring" arrangements to take advantage of the easy availability of cheap talent, Mr Capri adds.

So is this a tipping point?